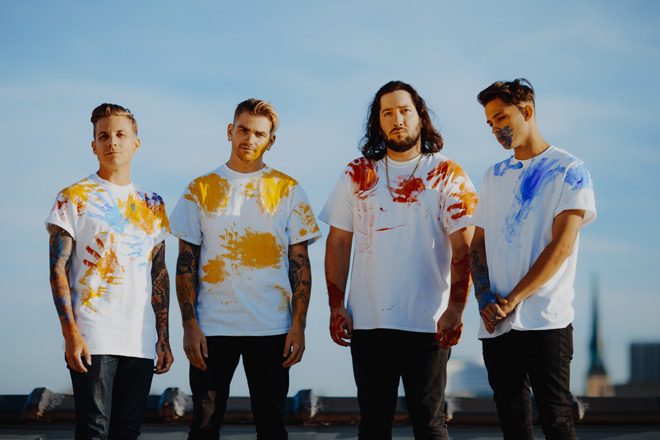 It is a wonder that Broadside managed to find the time to record their sophomore record, Paradise, during their hectic touring schedule. Since the Los Angeles via Richmond, VA Pop Punk outfit released their debut record, Old Bones, in 2015, Broadside circled around the US a few times before sitting down with Producer Kyle Black (All Time Low, New Found Glory) to record their second ambitious album. Guitarists Niles Gibbs and Dorian Cooke, along with Bassist Pat Diaz and Vocalist/Frontman Ollie Baxxter try to soar over Old Bones and its killer singles like fan-favorite “Coffee Talk,” but Paradise does not quite stick the landing.

Released on Friday, June 16, 2017 via Victory Records, many of Paradise’s songs share a similar sentiment of changing one’s own life and finding paradise by getting off the Internet and following the dream, but those songs often read more like a bargain bin self-help book. Broadside is funneling their message directly onto today’s youth and older listeners may find these sentiments tiresome and contrived.  Lyrically, some may feel Paradise leaves a lot to be desired. Musically, though, there are some stellar moments that make up for it. Broadside may not have broken any barriers with Paradise, but the album still offers a few tracks that stand out.

All this said, Paradise’s first song, “Hidden Colors,” is one of its best and also one of the first singles for the album; a sweet love song and a refreshing change from the usual Pop-Punk sentiment of “you broke up with me, you suck, etc.” The song’s chorus is catchy while it’s verses are filled with bright, heavy guitars and bouncing drums that are sure to be a hit a your local Broadside show. Following that is the album’s title track, which starts off with simple, fuzzy guitars reminiscent of an ’80s Pop Rock song. Promising but the song’s lyrics are a litany of instructions for improving one’s own life that feel too forced to resonate. The two following tracks, “Lose Your Way” and “Disconnect,” once again spend their three minutes each telling the listener what to do. On “Disconnect,” Baxxter instructs “keep your faith, don’t hesitate to focus on the path that’s laid before you,” before berating the evils of social media over punchy verses packed with early Fall Out Boy-inspired guitars and crashing drums.

Moving on, one of the few times on Paradise where both the music and the lyrics are solid is on the track “Laps Around A Picture Frame.” A song which is dark, heavy, and poignant, it is told from the perspective of a woman who struggles with societal pressure and anxiety. Then there is “Tunnel Vision” which packs the hardest musical punch, and the passion with which its lyrics against consumerism are delivered is refreshingly intense. Following that is the album’s obligatory thoughtful acoustic track, “Summer Stained.” It has all the trappings of an Emo/Pop-Punk slow burn: a gradual build of intensity, a line of speech layered over the music, and soft vocals. The song works and is sure to resonate with some listeners, but it still feels as if Broadside followed a formula and were therefore forced to include it in their track list.

Lastly, Paradise closes with an inexplicable ukulele track, “I Love You I Love You It’s Disgusting.” Sure, it is a cute song and fits in with the album title, but it sounds nothing like any other track on the record.  The song has almost no embellishments, featuring just vocals, a ukulele, and a simple slide guitar. Perhaps if it eventually included the rest of the band it would seem less out of place, but for now its simplicity is jarring. A strange end to a lackluster album, but even so, there are plenty of songs on Paradise that may resonate with or inspire Broadside’s younger listeners. For these reasons, CrypticRock gives Broadside’s Paradise 3.5 out of 5 stars. 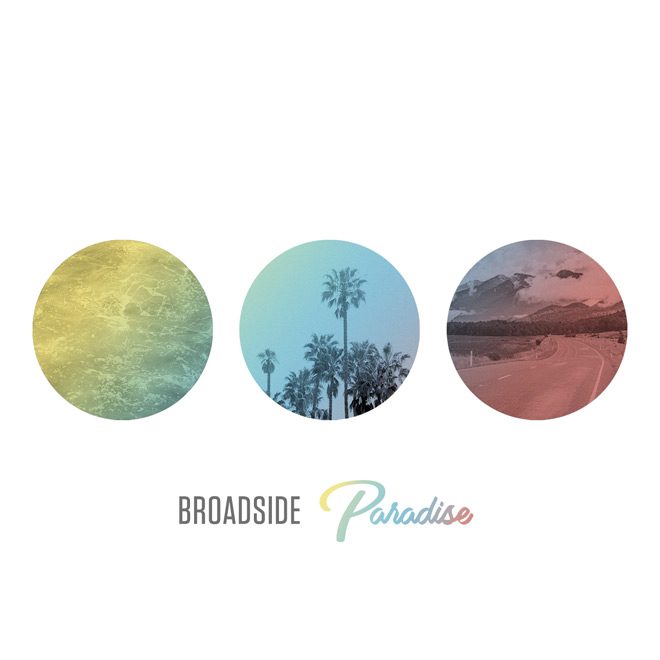