Ladies, beware Bachelorette weekend nookie because it can come back to burn you big time! So goes the tale of Broken Vows, a new spurned-lover American Thriller which was released through direct-to-DVD and Video on Demand on October 11, 2016 via Lionsgate. Now a little over a year later, Europe’s premium digital and TV aggregation company, The Movie Partnership, make it available to watch on Digital Download abroad as of Monday, November 6, 2017. 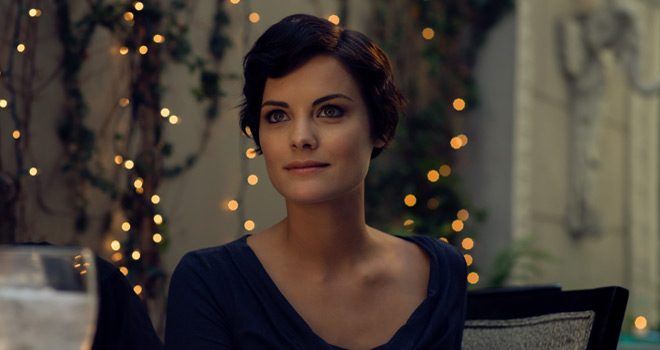 It all begins with the aforementioned Bachelorette weekend in New Orleans, the French Quarter to be exact. A trio of thirty-somethings – lovely bride-to-be Tara (Jaimie Alexander: Thor 2011, Blindspot series) and her besties Justine (Astrid Coppens: The Bold and the Beautiful series, The Loft 2014) and sassy Debra (Alexandra Breckenridge: American Horror Story series, The Walking Dead series) – are partying in posh style at a local dance club, celebrating Tara’s final days of freedom. When the bachelorette goes to order a new round of drinks, she quickly begins to flirt with sexy bartender Patrick (Wes Bentley: American Beauty 1999, American Horror Story: Hotel series) and her girls’ weekend soon becomes something much more wanton.

When the ladies return to their daily lives in sunny California, Tara immediately steps into the welcoming embrace of her fiancé, the sultry Michael (Cam Gigandet: Twilight 2008, Priest 2011). Unfortunately, things are almost instantly amiss as an uber creepy Patrick turns up at Casa de Tara to let her know that, yes yes yes, he is in love with her. (Did we forget to mention that he also has her name tattooed on his wrist?) With the wedding mere days away and Tara in obvious distress, the super-savvy Debra quickly brings in her pal Clay (Matt Gerald: Avatar 2009, Dexter series), a private investigator. Low and behold, we learn that Patrick is one troubled dude with a rap sheet a mile long: suffering from Obsessive-Compulsive Disorder and paranoid delusions, he also happens to have a propensity toward pyromania. With half a dozen restraining orders out against him, stints in the state prison as well as rehab, Patrick is definitely the wrong man to mess with. 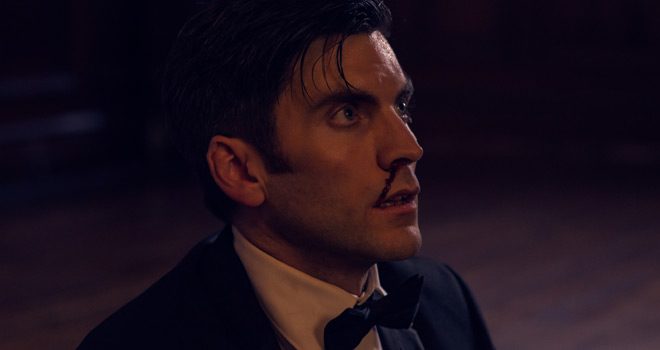 With the wedding fast approaching and Patrick lurking in the shadows, Tara’s life will be turned completely upside down. The pivotal question here being, to what lengths will this obsessed man go to ensure that his one-night stand returns his emphatic love? Broken Vows clocks in at 90 minutes in duration, is a feature-length directorial debut for Bram Coppens, and was written by Jim Agnew (Game of Death 2011, Rage 2014) and Sean Keller (Giallo 2009, Rage 2014). Another offering in the spurned-lover category of Thrillers, Broken Vows is big on creepy stalkers and posh weddings.

Unfortunately for the cast and crew of Broken Vows, the film is inherently flawed from the moment go with its cliché plot and completely lackluster thrills. There is no real surprise here that there will be bloodshed! That said, the star-power cast of Bentley (as crazy, crazy Patrick), Alexander (as haunted Tara), and Gigandet (as somewhat smarmy Michael) is talented enough to inject some zest into an otherwise ordinary script. With no real surprises and nothing completely unique, the success of the overall production lies heavily on the shoulders of these exceptionally talented actors. Breckenridge (as feisty Debra) is equally superb in her role and, though her on-screen time is minimal, young Alex Ladove (Lee Daniels’ The Butler 2013, Life of Crime 2013), as Tara’s younger sister Emily, gives a solid performance. 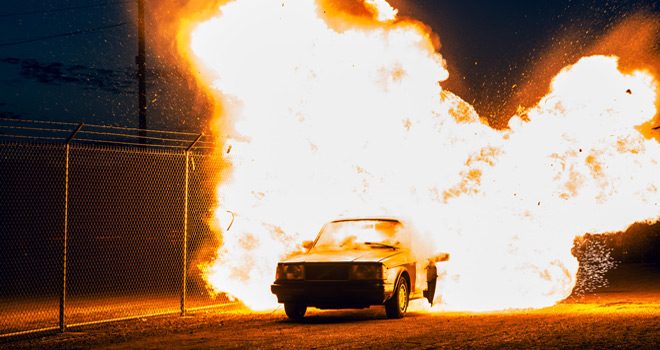 Ultimately, Broken Vows is really just another spurned lover turned psychopathic killer Thriller. (Try saying that three times fast!) Where the film goes wonderfully right, however, is in its stellar casting, bringing a trio of marvelous talents to rendezvous on-screen together for the very first time. The end result is nothing spectacular, no, but it is not for lack of trying. Broken Vows is watchable and somewhat enjoyable, if not entirely memorable. A good way to spend a rainy Sunday afternoon, this is a clear reminder that what happens in New Orleans does not always stay in New Orleans!

Always attempting to avoid dangerous nookie but emphatically in favor of cookies, CrypticRock give Broken Vows 3.5 of 5 stars. 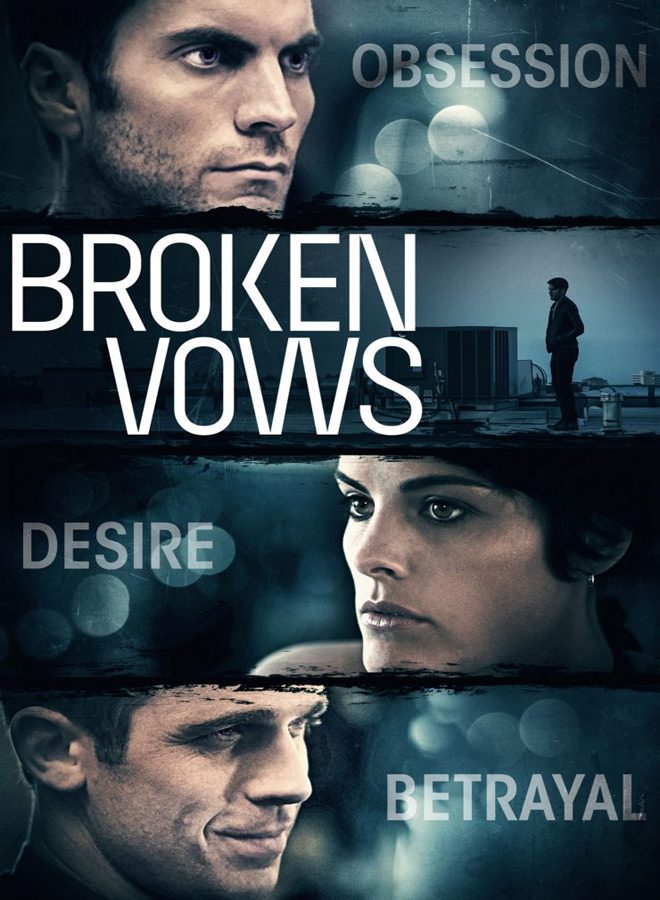