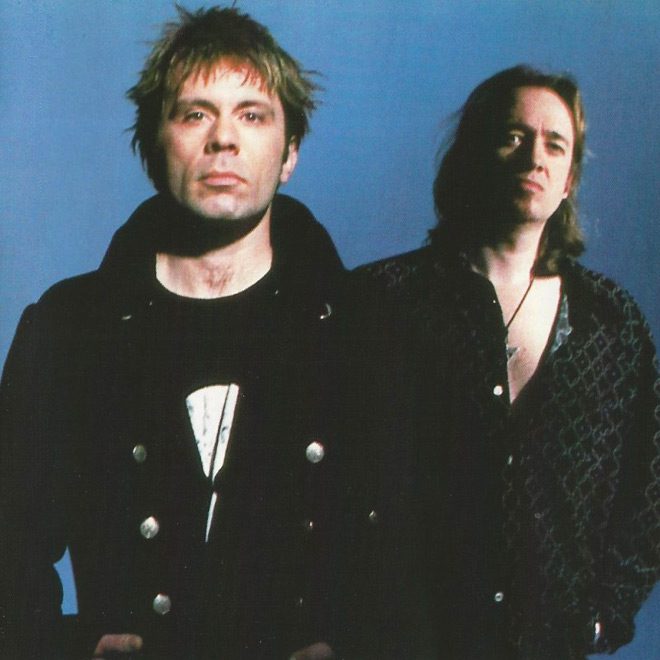 There are few names in the world of Heavy Metal music as iconic as that of Bruce Dickinson. The man who helped embed Iron Maiden forever into the hearts of millions, known as the Air Raid Siren, once found himself on the outside of that titanic institution, following his own muse after 11 years of non-stop writing, touring, writing, and touring again.

Having released some solo material prior to leaving Iron Maiden, Dickinson was primed to spread his wings and – like many Heavy Metal veterans bewitched by the Grunge fad – make for pastures unknown, moving well beyond the realm of typical denim and leather fare. Predictably, men of Dickinson’s ilk often return to their roots following periods of artistic restlessness, often refocused and reenergized. For the English vocalist, that return is embodied by his 1997 smash success Accident of Birth, an album for which 2017 marks 20 years since its release on May 14th, 1997.

Joining Bruce Dickinson was an entirely new cast of characters than on his prior work, 1996’s decidedly more Hard Rock meets Grunge Skunkworks album. The most prominent of these may not have been the most well known to traditional Iron Maiden fans. Roy Ramirez (aka Roy Z) was in a band called Tribe of Gypsies, who were hired to be Dickinson’s back-up band during his earlier solo excursions.

Roy Z, an accomplished multi-instrumentalist, has produced albums by such prominent world-class acts such as Helloween and Judas Priest. Credited for giving Dickinson the kick in the ass to record Accident of Birth, he was joined in its recording by David Ingraham on drums and Eddie Casillas on bass guitar.

Yet it is the man who filled the second guitar slot on the album who was not only the most well-known to Dickinson’s hordes of fans, but whose presence stirred up a lot of emotion and conflicting feelings. Adrian Smith left Iron Maiden before No Prayer For The Dying in 1990, like Dickinson itching to spread his wings and continue creating alongside his erstwhile singer. After all, the two had amazing chemistry together, as any glance at Iron Maiden writing credits will certainly show.

And so, the yield of this union of ex-Iron Maiden members with Roy Z and a new rhythm section, Accident of Birth was released on Raw Power/Sanctuary Holdings. At a time when Iron Maiden was experiencing a bit of a creative low, along comes an album featuring one poached guitarist, and artwork by Derek Riggs himself, the man behind the evolution of Eddy the Head and all of Iron Maiden’s most celebrated album art. Adorning the handsome red cover is a deranged Jack-in-the-box puppet erupting out of the stomach of some poor horrified bastard, complete with spiked bat and light bulb tasseled jester’s cap. His name was Edison – a dig against Dickinson’s former band mates, perhaps?

Regardless of all the drama and behind the scenes egoism, when the album comes on and play is pressed, nothing else matters except the music. Where Iron Maiden’s two Dickinson-less albums of the 1990s were accused of plodding, “Freak” belts out of the speakers with immediate punch. Roy Z, the album’s producer, ensured a crisp, but heavy guitar sound. Dickinson’s voice sailing high over twin guitar harmonies, the catchy chorus at once showcased the singer’s harmonious lungs with a zesty underbelly of sound that firmly welcomed Dickinson back to the world of true Heavy Metal. The soloing had the classic feel, while some of the faded background vocals repeating the chorus were reminiscent of what Roy Z would add to the Helloween albums of the same era, particularly 2000’s The Dark Ride.

After a brief psychedelic interlude called “Toltec 7 Arrival,” the theme of alien visitation is explored further on the jaunty Hard Rock number “Starchildren.” The album, however, began to truly distinguish itself as something other than a welcomed return to form on “Taking the Queen.” Dickinson returning to the feeling on 1988 masterpiece Seventh Son of a Seventh Son for this one, the gorgeous semi-acoustic opening is held down by Casillias’ bass lines clearly in the mix. Dickinson does the epic chorus like very few other vocalists (Ronnie James Dio comes to mind as one of his few peers), and the moody inflections of this song simply blew much of what was out there in 1997 out of the water.

“Darkside of Aquarius” allowed Dickinson to show his fans why they call him the Air Raid Siren. A workout for the syrinx, some of Dickinson’s future vocal lines on Iron Maiden albums post-1999 match the robust, stratospheric singing he performed right here. Four minutes in, the mood of the song completely changes; a build-up riff monstrous enough to smash through walls shows Dickinson in top form, all the panache and attitude he does so well at the forefront. If anybody thought Grunge or MTV was going to kill Heavy Metal, this man and this album were an operatic kick to the face of such foolish notions.

That Dickinson/Smith chemistry gets a nice, straight-ahead run through on “Road To Hell,” the guitar harmonies and that chugging, ever present bass guitar sounding so damn good as to be impossible to ignore. Hum-worthy melody lines every bit as strong as one could wish, the album is given a somber twist with the ballad “Man of Sorrows.” Based upon a concept for a failed movie about Aleister Crowley’s childhood and development, the atmospheric number has Dickinson singing over a piano, not unlike he did on 2016 Iron Maiden album Book of Souls, sounding every bit as good in 1997 as he did in 1982 and 2016. World-class talent rarely takes a year off.

The title-track, whose main riff Roy Z famously sent to a creatively frustrated Bruce Dickinson, is one of the most ferocious Power Metal songs this side of Number of the Beast. If it does not raise a person’s pulse, that person is likely already dead. Twin guitar harmonies worked into the riffs like veins of gold in the bedrock, the word again is robust. A chorus that is eminently singable, Dickinson sounding mean and harmonic, the title track cements this album as a classic in the canon of the Air Raid Siren. The harmonies and the catchy choruses do not stop here, either. “The Magician,” with its driving pace, continues the magnificent quality on order here.

Whether it is brooding Hard Rock, like on “Welcome To The Pit,” or the ballad-like fury of “Omega,” with its changing moods, or semi-acoustic grandeur (along with some cello by Rebecca Yeh) on “Arc of Space,” 1997’s Accident of Birth stands as a landmark of the hunger, the talent, and the convergence of brilliant musicians who helped elevate Bruce Dickinson’s solo output into the stratosphere.

Twenty years later, the burning hearts of these tunes smolder still, every bit as great as when they first came out. Perhaps moments in time like Accident of Birth show the world that the resurgence of Iron Maiden was no accident of rebirth, if the pun can be pardoned. Either way, for enjoying Bruce Dickinson’s voice sans the band that made him famous, Accident of Birth was and is a hell of a statement. 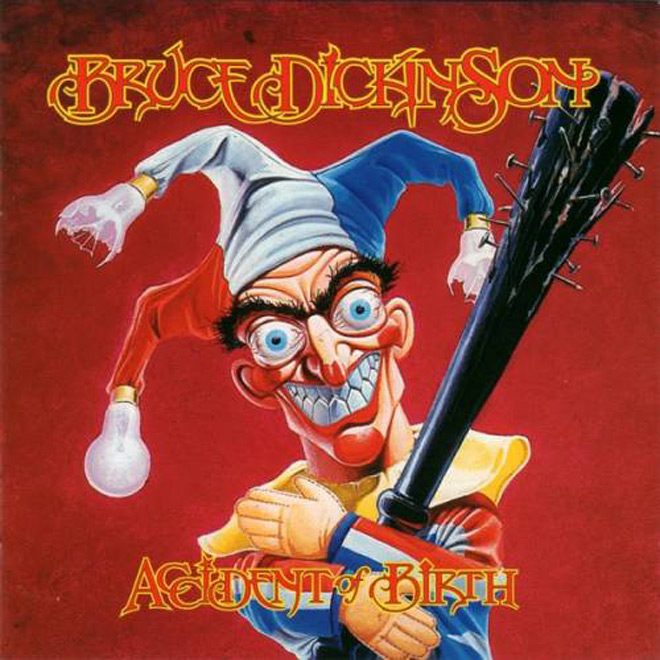