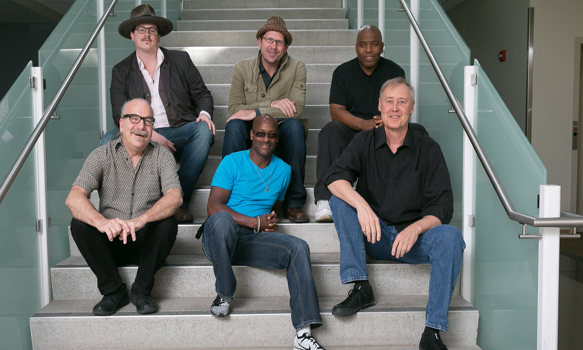 In the world of  Grammy Award-winning Singer-Songwriter Bruce Hornsby, 2016 has been busy. The year included a summer of “Fare Thee Well” as a member of the Grateful Dead in Chicago and Santa Clara in front of one hundred thousand fans as part of the historic 50th anniversary concerts. It also included the release of the new album, Rehab Reunion, with his long-running band, The Noisemakers. Released on June 17th via 429 Records, the iconoclast pushes the envelope once again, putting his piano aside, writing and recording solely on the dulcimer throughout. This comes after performing mini-sets on the instrument live, further exploring the relationship between the musician and his Noisemakers. “Some may ask, ‘Why?‘, ‘What in the world?” Hornsby says about Rehab Reunion, to which he added, “What I’m doing here is not about virtuosity: It’s about a song and a singer.”

Opening the album with “Over the Rise,” the songwriter with guest falsetto harmony of Justin Vernon (Bon Iver) create an emotional connection immediately. One of the main reasons is the song shines with the best of what a dulcimer is as an instrument – simple.  This allows the mix to breathe a life into the journey ahead. A fitting follow-up is “Soon Enough,” pulling in a bit more diversity from The Noisemakers, Ross Holmes giving that sprinkling of texture along with a sweet acoustic guitar melody marking the adolescence of an album. With a rolling easy feel, “M.I.A. in M.I.A,” it is evident this is a master songwriter in charge of a ship of skilled Noisemakers, otherwise, this kind of musicianship would never work. Then, “Tipping” could be initially viewed as a simplistic song lyrically, but the syncopated rhythms punctuate the fact that what may seem simple on the outside is not always on the inside. In addition, it also provides a chance for Sonny Emory and J.W. Collier to shine.

The title-track, “Rehab Reunion,” as many may relate with, is a tongue-in-cheek references to the stereotypical relationships formed with recovery. Surrounded by a country stroll, two step tempo and enveloped in the smooth guitar and cracking twang vocals, the song is storytelling genius. Listeners can almost hear the Ricky Skaggs and Bonnie Raitt here fusing Americana and the piano man firmly to the dulcimer. Tripping into the land of deadheads is “Hey Kafka” with a very satisfying ditty dipping into the political waters of present time or years past. To reiterate the simplicity of each song is not redundant since each track evolves in another layer of genius. The stark three or four stringed, fretted instrument illuminates the challenge of good lyrical storytelling. This also creates a ripe womb for the birth of other musical ideas which The Noisemakers fill wonderfully as vocals are a grand punctuation closing the song.

Moving smoothly into Hornsby’s vocals is “Tropical Cashmere Sweater” with a Jimmy Buffet vibe and charged lyrics hitting a storm of contradiction. Instrumental is J.T. Thomas on organ bringing an emphasis to the grandiosity of the song. Sequencing this album is a story all in itself as the song “TSA Man” kicks in three-quarter time, a jig celebrating the journey. Glimmers of instrumentation that brings to mind a host of Roots-based sounds could be that it is all driven by one of the first to grow roots in the Appalachian mountains.

Later on, “Valley Road” starts bringing the album full circle. Pulling washboard in with acoustic picking, it feels like sitting on grandma’s porch until peppered with organ and electric guitar as past and present join in syncopated rhythms. Mashing up of all things great in the evolution of music including Roots, Jazz, Blues, Country, and Rock, this song is epic. With glimmers of Motown and the best of R&B, the legendary Mavis Staples delivers a rousing Gospel performance with Hornsby on “Celestial Railroad.” Gladys Knight on her “Midnight Train to Georgia” comes to mind, but this train is filled with joy and celebration. Uplifting and empowering, freedom just oozes from this song and its celestial train, and predictably this album is bound for glory too.

“In my piano writing,” Hornsby says, “I’ve gotten really bored with triads. I’ve been that way for years. My piano writing has become more strange, chromatic and dissonant. But on the dulcimer, I love the limited palette that you’re allowed to paint with. It’s just the white notes – it’s not even like a guitar, where the whole chromatic scale is on the fretboard. On the dulcimer, it’s just an old-timey instrument. It’s just scalar. So it limits your range and it makes you write real simple songs. I kept writing more and more. And all of a sudden the record needed to be made.”  The beauty on Rehab Reunion is the talent that has assembled in The Noisemakers. They form like a skeleton nourished with a gourmet buffet of sound that becomes a masterpiece like the Sistine Chapel, expansive and breathtaking. For these reasons, CrypticRock gives Bruce Hornsby & The Noisemakers’ Rehab Reunion 5 out of 5 stars. 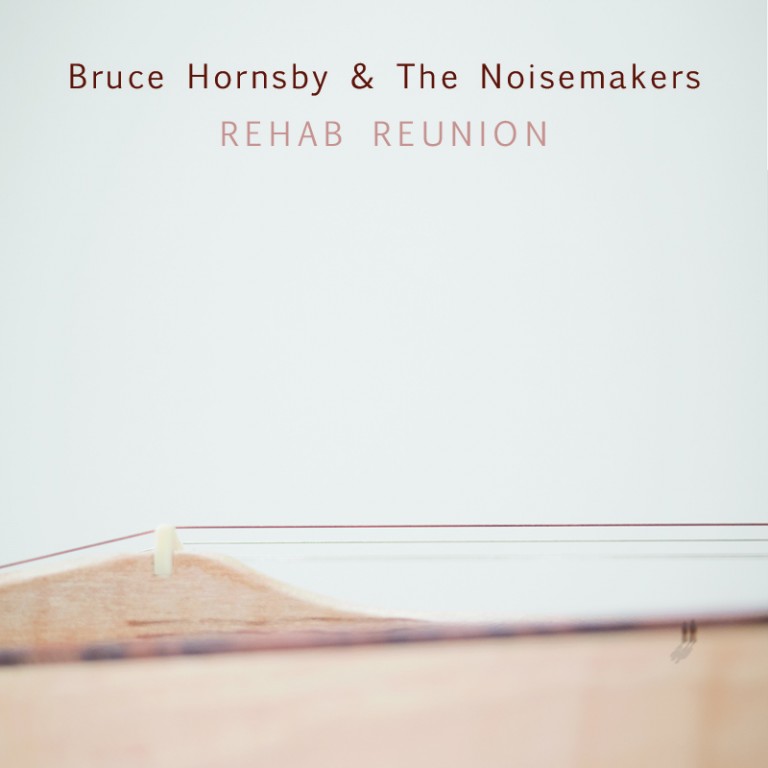 Sting – Duets (Album Review) Myles Kennedy – The Ides Of March (Album Review)
Like the in-depth, diverse coverage of Cryptic Rock? Help us in support to keep the magazine going strong for years to come with a small donation.