Bryan Adams Gets Them Up Festhalle Frankfurt, Germany 6-3-16 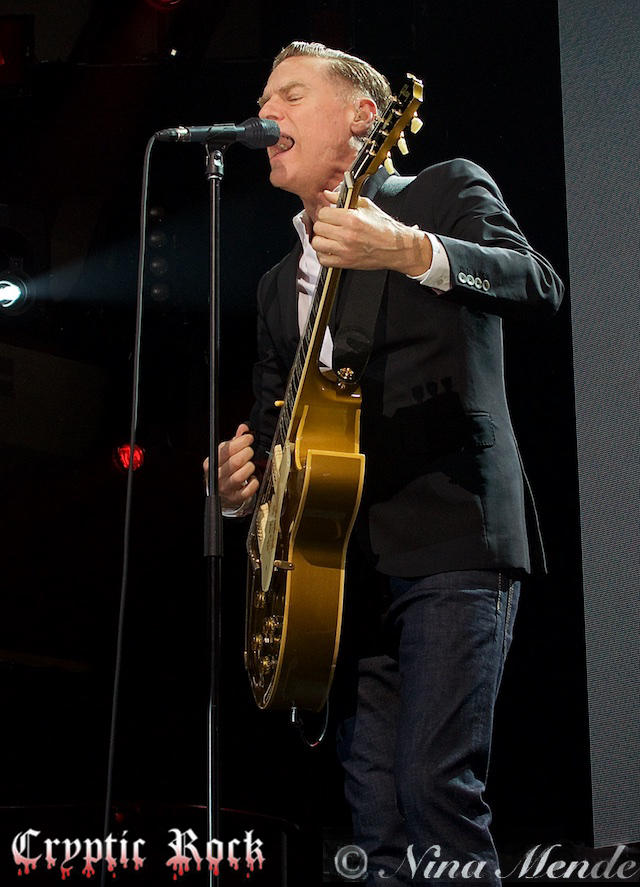 Canadian Singer-Songwriter Bryan Adams is one of the best-selling artists of all time. Initially debuting in 1980 with his self-titled album, it was his 1983 release of Cuts Like a Knife which would propel him to Rock stardom. Known for his raspy voice, crossing over between Hard Rock and passionate ballads, Adams shows no signs of slowing down as he continues to maintain a career in music for nearly four decades now. Dividing his time as a musician, photographer, humanitarian, family man, and fighting for animal rights, Adams released his thirteenth studio album, Get Up, in the fall of 2015. A record produced by Electric Light Orchestra’s Jeff Lynne, it is one that shows a different side of Adams, and is one many fans are calling his best since 1991’s Waking Up the Neighbours.

Armed with a new set of songs, he took to the road for a list of North American shows in February and April, but it was the European region which saw a great deal of Adams through May into early June. Stopping throughout the UK, mixing in dates in Belgium and The Netherlands, the tour concluded in Frankfurt, Germany on Friday June 3rd. Performing at the one hundred year old Festhalle Frankfurt, the venue was nearly sold out with fans eager for the show to start. In fact, for many of the attendees, going to a concert is a rare event, thus they were dressed up and chatting away in excitement before the band would hit the stage. Some were wearing band shirts, others just plain casual dresses, while others wore self-made Bryan Adams attire, proving a special night was ahead for all involved.

Without an opening act, the show began just after 8 PM as everyone gazed at the massive stage where a piano, drum kit, guitars and bass sat. Dressed with massive screens in the backdrop, before the band hit the platform, it showed the Get Up album artwork. Then, without further ado, Adams entered the stage, starting the music right away as the audience went wild for “Do What Ya Gotta Do.” Singing along to every word, everyone watched as Adams played his guitar while he and his band of Mickey Curry (drums), Keith Scott (guitar), Norm Fisher (bass), and Gary Breit (keyboards) rocked through “Can’t Stop This Thing We Started” and “Don’t Even Try.” Kicking in the air  and even throwing his hands into the air, Adams looked energized as the tracks faded in and out of one another.

Taking a break to welcome all the fans to the show, the music quickly continued with “Run to You,” “Go Down Rockin’,” and “Heaven” as everyone sung along. Dancing and reminiscing on earlier days, the audience was completely captivated. In fact, the first verse of “Heaven” was entirely sung by the crowd. A magic moment that caused some goosebumps, it was impressive to see how loud the audience could sing and how beautiful it sounded. Even Adams was impressed by the volume and how everyone suddenly began to sing without even a request. 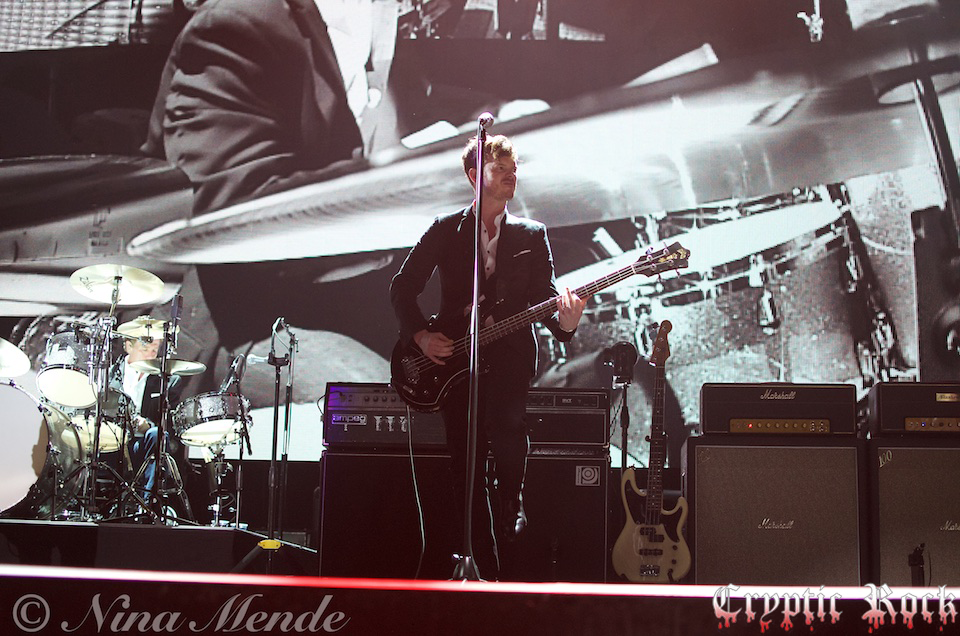 During the song “Kids Wanna Rock,” Adams, Fisher and Scott all came together center stage to rock together, proving to be one tight band. Then the Canadians continued with classic hits such as “It’s Only Love” as well as “You Belong To Me” before igniting insanity for “Summer Of 69” where everyone was on their feet dancing and singing along. Changing it up a bit, Adams took his acoustic guitar and performed the first verse and chorus of “Hearts On Fire” before moving into “When You’re Gone” and “One Night Love Affair.” A solo break, it was an intimate portion of the show that made the room size shrink to that feeling of a small club as Adams serenaded everyone. Speaking of which, the signature 1991 love ballad “(Everything I Do) I Do It for You” came next, and then “If Ya Wanna Be Bad Ya Gotta Be Good” and “Back to You” cuts from his 1997 MTV Unplugged album.

Keeping the mood mellow, new track “We Did It All” came before the enchanting “Somebody,” “I’ll Always Be Right There,” and “Please Forgive Me.” Mixing and matching, Adams then revved up the amps again for “Cuts Like a Knife,” “18 Till I Die,” and closer “The Only Thing That Looks Good on Me Is You.” Already covered so much territory, the crowd was still hungry for more, thus ushering in an encore where many surprises came. Kicking it off with Get Up’s “Brand New Day,” the band then divid into a killer cover of Eddie Cochran’s “C’mon Everybody” and Elvis Presley’s “All Shook Up.” 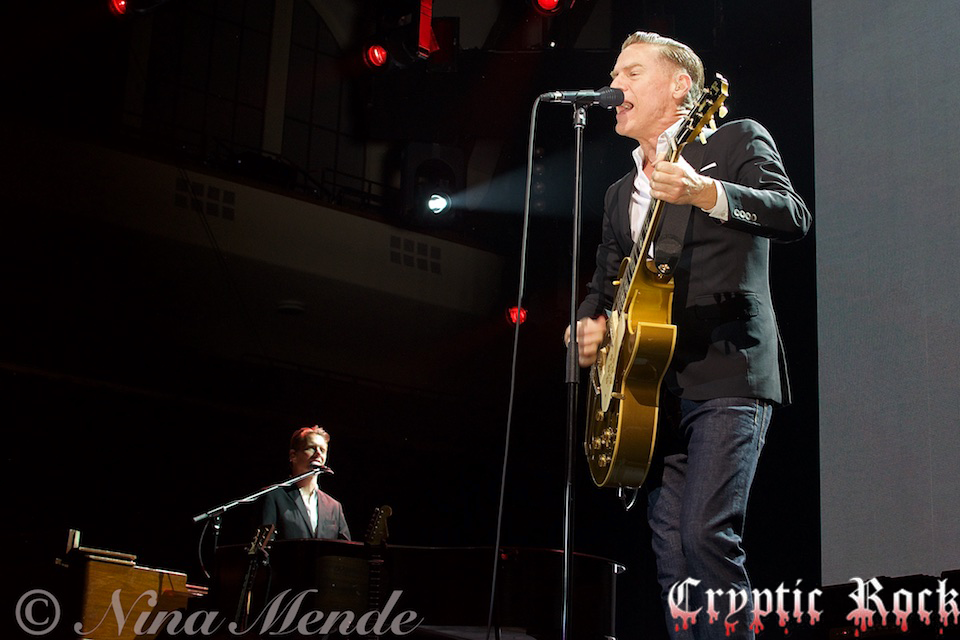 Lively and full of passion, Adams and the band were all smiles as they played through songs from their youth. The exploration into influences did not stop there because then Adams broke it down acoustically for his “She Knows Me,” a piece of his 2014 Tracks of My Years album. Keeping it intimate, he segued into a stripped down solo rendition of “Straight From the Heart” before Joe Cocker’s “When the Night Comes,” as well as the 1993 collaboration he performed with Rod Stewart and Sting, “All for Love.” It was simply breathtaking as Adams continued to converse with the audience any chance he had and expressed gratitude before concluding the evening with “Let’s Make a Night to Remember.”

With a show that lasted over two hours, Adams played songs off all eras of his musical career. Above all, he kept it personal, whether it be words of appreciation to fans, getting them involved in the set, or offering stories. There were times where the cheers were so immense and so enthusiastic, but everything has to come to an end. With the European leg of the tour concluded, Adams turns his attention to North America come July, but will be back overseas come August, and again in October. Overall, the grand finale of the tour in Frankfurt is one all participants will speak about for years to come. 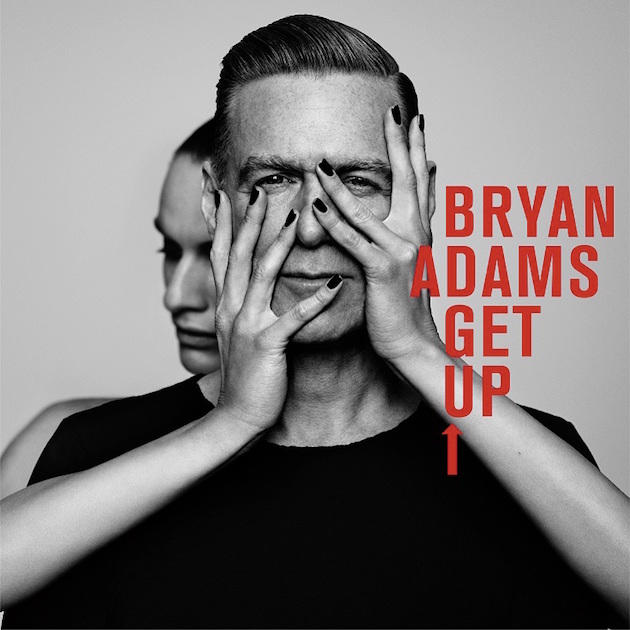