Many music enthusiasts claim that the 1960s was the most exciting decade of music—The Ronettes, The Chordettes, Margo Guryan, Petula Clark, The Beatles, The Zombies, The Doors…

Many others will fight to the death (figuratively speaking, of course) that it was the 1980s, what with all those flamboyant  garbs and hairstyles—Duran Duran, Depeche Mode, A Flock of Seagulls, Van Halen, Mötley Crüe, Quiet Riot…

What about the past centuries—Bach, Vivaldi, Mozart, Beethoven, Chopin, Berlioz, Wagner—who will defend them, anyone?

At the end of the discourse, one just has to acknowledge that there will always be great music from any genre and from any given decade or era that one may appreciate.

And what of the 1990s? Of course, there were Pearl Jam, Soundgarden, Nirvana, The Lemonheads, Rage against the Machine, The Black Crowes, Blur, Oasis, and a whole lot more and that band from Boston known as Buffalo Tom, which deserves to be reexamined right now.

Formed in 1987, in Boston, Massachusetts, United States, by Bill Janovitz (vocals, guitar), Chris Colbourn (bass, vocals), and Tom Maginnis (drums), Buffalo Tom unleashed their debut album in 1988. However, the trio braved five years and a couple of albums more—1990’s Birdbrain and 1992’s Let Me Come Over—before they were able to break through the Alternative Rock music scene. This came soon after the release of their fourth offering, Big Red Letter Day, which is turning 25 this year.

Released on February 11, 1993, on Beggars Banquet, Big Red Letter Day—one may argue—presented Buffalo Tom in their most cohesive, most melodic, and more lyrically mature and contemplative disposition. However, listening to the preceding albums, one could also say that it was simply an improved and slightly more polished version of its predecessors. Whatever the real case may be, Big Red Letter Day still served as Buffalo Tom’s golden ticket to the competitive Alternative Rock scene in the 1990s; and the seemingly bright feel and resonance of both the vocals and the instruments in the songs that it contained certainly reflected the vibrancy of Alternative Rock music around the time it was released.

Big Red Letter Day opened with the melodic and engaging beat of “Sodajerk,” owing to the angular guitars, lively drum works, and Janovitz’s distinctive subtly raspy voice, which resided between the seemingly lethargic drawls of Evan Dando of The Lemonheads (“It’s a Shame about Ray”) and the throaty temperament of Adam Duritz of Counting Crows (“Mr. Jones”). The mood slowed down with the ensuing “I’m Allowed,” which found the band in a dim-lit, pub-style bluesy expression. “Treehouse” then took the listener with it to its ascending tempo and chugging train-like rhythm characteristic of many ’90s Alternative Rock songs.

Another trip to the quiet countryside came next with the folksy “Would Not Be Denied,” which exuded a pastoral glow courtesy of the flowing backup voices and piano melody. “Latest Monkey” followed next in the same vibrations, but upping the ante with its short but ear-catching guitar ad-lib. And then there was the rustic tone and somber lyrical sentiment of “My Responsibility,” reflecting a seeming musical maturity, foreshadowing Buffalo Tom’s sonic trajectory in their albums that were yet to come at that point in time.

One of the album’s highlights that became also one of the so-called fan favorites, “Dry Land” then played next. It built up gradually from its slightly fuzzy, yet jangly and saccharine strums to its sunny, cheerful, upbeat rhythm, aligning itself with similarly styled Folk Rock–inspired, New Wave–classifiable songs such as R.E.M.’s “Harborcoat,” Del Amitri’s “Heard through a Wall,” Translator’s “Gravity,” and The Plimsouls’ “A Million Miles Away.” Following next was what may be described as an Alternative Rock power ballad, “Torch Singer” – heartwarming, head-swaying, and oozing some kind of a subdued grace.

And then, with the gentle and calming vibes of “Late at Night,” Janovitz, Coulbourn, and Maginnis were obviously slouched comfortably in their Alternative Country couches, in hats and rubber shoes, harking back to the sensibilities of their previous oeuvre, Let Me Come Over.

In the penultimate track, “Suppose,” Buffalo Tom aptly let loose, giving the track a sort of a jam feel. Then finally, the trio concluded their Big Red Letter Day with the cool, breezy spirits of “Anything That Way.”

After a long hiatus for much of the 2000s, Buffalo Tom reconvened and released another couple of albums, 2007’s Three Easy Pieces and 2011’s Skins. Then after keeping the quiet and peace for seven years, this coming March 2, the trio are returning once again with a brand-new album. However, while you await what they have concocted this time, vibe yourself up for the meantime by revisiting the band’s discography, aptly beginning with Big Red Letter Day, which has just reached its golden moment. This should be enough to get yourself ready in welcoming again one of the forerunners of ’90s Alternative Rock back to the fold. 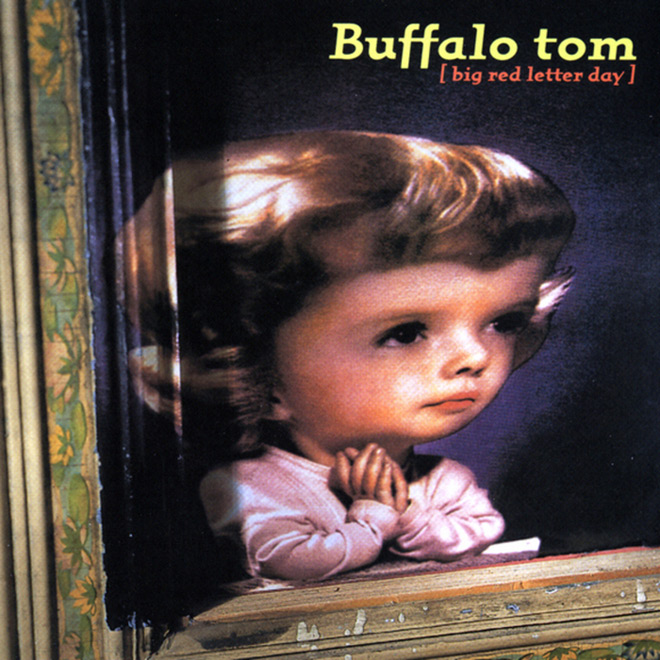