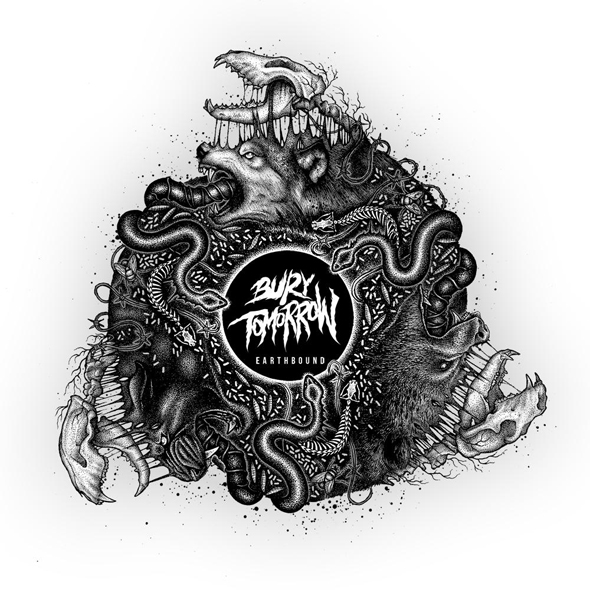 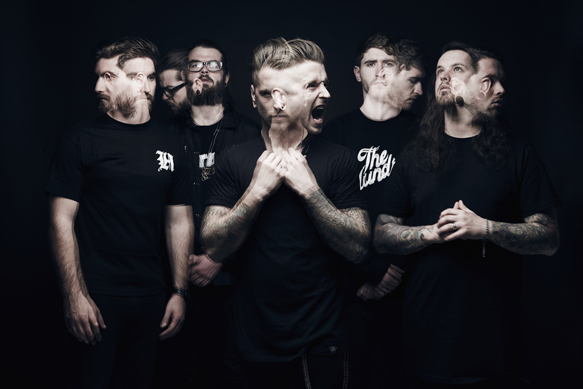 Rigorous energy is an aspect of musicians that is seen less and less, but always stays true for English band Bury Tomorrow. Formed in 2006, this five piece Melodic Metalcore group, with its initial members, began to write and perform music that inspired them and eventually their growing fanbase. Originating in Southampton, Hampshire, England, affiliates Daniel Winter-Bates (lead vocals), Jason Cameron (rhythm guitar/vocals), Davyd Winter-Bates (bass), Adam Jackson (drums), and Kristan Dawson (lead guitar), who replaced Mehdi Vismara in 2013, bring awareness back to the style of Metalcore with their debut EP, The Sleep of the Innocents. Changing the way spectators thought of the genre all together, Bury Tomorrow has released a moderate discography and will continue to produce consequential material. Bringing even more attention to Bury Tomorrow, on January 29th, 2016, they released their fourth full-length album, Earthbound, via Nuclear Blast Records. For Bury Tomorrow, the importance of genre has always been a facet that is strongly supported and stays true to each album. With Earthbound, the same remains verifiable.

The record kicks off with the track entitled “The Eternal,” which is a strong and powerful number featuring heavy vocals, guitar riffs, drums, and an abundance of energy. It is a perfect mixture for launching into a subsequent album filled with angst. The next being “Last Light,” it is a song that jumps right into contrasting vocals, with both clean and overtoned growls. The track is about overcoming grief; monstrous tone but overpowering meaning. The title track, “Earthbound,” also the first single off the album released November 1, 2015, was first heard by fans who gathered to see Bury Tomorrow at Reading and Leeds Festival. The song, again, is played with power and angst, but has the intoxicatingly true message of making a change in the world that you live in. Following comes “The Burden,” a fast-paced song filled with uncertainty and loss. Some of the stronger lyrics being, “ Lost in the crowd, not wanting to be found. We have to rise above;” as most can relate to this melancholy and distress, there is always hope to overcome these feelings.

A song that brings the feeling of lost faith and abandonment, “Cemetery” is bone-chilling with a touch of defiance. More darkness pours into the album with the next track, entitled “Restless & Cold.” The feeling of being cast aside and learning to let go creeps in as the vocals and instruments come together to create an irate tone. Bury Tomorrow then comes together, holding more power and energy than past tracks, with “301,” featuring guest vocals from Jamey Jasta of Hatebreed. Filled with an immense amount of anger and intensity, this song is all about proving yourself right, announced with lyrics, “We are the broken, but the fearless ones.”

Continuing with the album, “Memories” kicks in and is filled with regret, an emotion that is relatable and empathetic. Also slowing down for a guitar solo, the theme and message of the song is given greater emphasis; remorse. Changing the tone of the album, “For Us” begins and is instantly attention-grabbing with the toned down vocals. The message is heard loud and clear; always think before you speak because words can have a huge impact on one’s life. Closing the album, “Bloodline” commences with a sinister and menacing tone. The substantial lyrics, vocals, and instrumentals give life and meaning to this track, while also making a statement with a guitar solo outro.

To write and perform music is one thing, but to be able to put emotion and raw energy into the work is a complete other. Bury Tomorrow is a rare and unique set of musicians who lay their emotions on the table to create their lives, while continuously being open to share. Writing relatable music that is filled with apprehension, but also hope, is rewarding for not only musicians but the listeners as well, and Bury Tomorrow clearly demonstrate this. That is why CrypticRock gives Bury Tomorrow’s Earthbound 4 out of 5 stars.