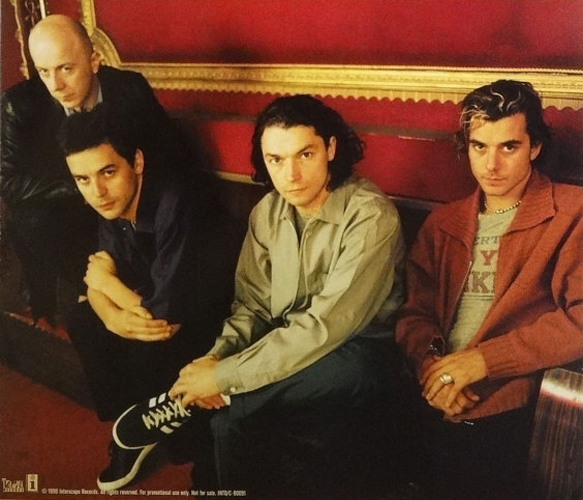 On November 19, 1996, British Rockers Bush released their sophomore album, Razorblade Suitcase. Featuring Gavin Rossdale (vocals/guitar), Robin Goodridge (drums), David Guy Parsons (bass), and Nigel Pulsford (guitar), the album was the band’s follow up to all the fanfare and buzz coming off their debut album, Sixteen Stone. It debuted at the top of the Billboard 200 at the time and remains the only Bush album to top the list. With the impending release of the 20th anniversary reissue, which will feature the remastered album plus four bonus tracks, we take a moment to look back at the album that helped secure them as more than just another Alternative band.

One of the most notorious songs on the record is the eerie and hypnotic “Greedy Fly,” which features pronounced and deliberate percussion and bass lines that drive the core of the song. Even when the guitars get a chance to shine, the intensity is met equally by the depth of the bass. Even after 20 years, it is infectious as well as captivating to hear and its energy is undeniable. The video became incredibly popular with its strange, bordering on macabre, storyline, which clocks in at a little over seven minutes, although the actual song is a mere four and a half minutes.

“Swallowed” was released as the first single off Razorblade Suitcase and garnered massive success both in the US and their native Britain. In the U.S, the song topped the Billboard Modern Rock Tracks chart, and in the UK it peaked at #7 on the UK Singles chart. There is something entrancing and beautiful, yet compelling about the melding of Rossdale’s vocals and the sharpness of his and Pulsford’s guitars that engulfs the listener in this song. The band received verification of the song’s immense impact when it was nominated for a 1998 Grammy for “Best Rock Performance,” but ultimately lost that year to The Smashing Pumpkins.

A personal favorite, “Mouth” features a soft and somber, yet seductive heartbeat that pulses throughout the track in its original version. Summoning up thoughts of the kind of grungy crunch and garage punch that made Nirvana a household name, “Mouth” is a one-two punch of classic Grunge grit and narcotic rhythms that lull the brain into a comfortable daze of sound. The song was remixed by the band under the alias Stingray and featured on their next album, Deconstructed. It was this version of the song that received the most airplay and saw more commercial success for the band than the original.

The track “Mouth” even featured on the trailers for the 1997 remake of An American Werewolf in Paris and peaked at #5 on the Modern Rock Charts. The invigorating synth and electrofusion elements added to the Stingray remix livened up the once sleepy track and heighten the sensual elements, compelling more movement and engagement with the song.

On “History,” there is a swift upbeat in the rhythm that kicks things off with an energy unlike many of its predecessors on the album. It feels like being at a club show, and even listening to the recording, the song delivers a live kind of energy that makes you want to move. It stands up to the Rock and Roll of today with bands like Crobot and Kyng, bringing electrifying jolts of energy to the stage and to this kind of sound. It was never released as a single, but for those looking for something a little less “grungy” to bang their heads to on this album, “History” is for you.

“Bonedriven” was the third single released from Razorblade Suitcase, but did not see the same success as “Swallowed” or “Greedy Fly.” Despite managing to chart at #49 on the UK Singles Chart, the song did not make the US charts at all. It would become best known as the first Bush single to not make the US charts and for being one of two singles released by the band that did not make it onto their greatest hits album, The Best of: 1994- 1999. Despite its commercial failings, the composition and addition of violins and a more classical approach to construction, paired with Rossdale’s emotive vocals makes “Bonedriven” a really lovely listen.

In addition to reissuing the remastered album, Bush is releasing four bonus songs, one of which will be brand new and never before released on any other recording or B-sides EP. The bonus tracks will be “Bubbles,” “Old,” “Broken TV,” and “Sleeper,” which has never been released. The reissue will feature re-imagined artwork, lyric poster, and liner notes from the producer, Albini. So, before it all comes rushing back into the world, take a moment to go back and revisit the original. Bush was hailed in their early years for being a band that made their own way and made you feel something new, go back and open up the suitcase again, feel those emotions again, and let loose the soul your ’90s self in all its glory. 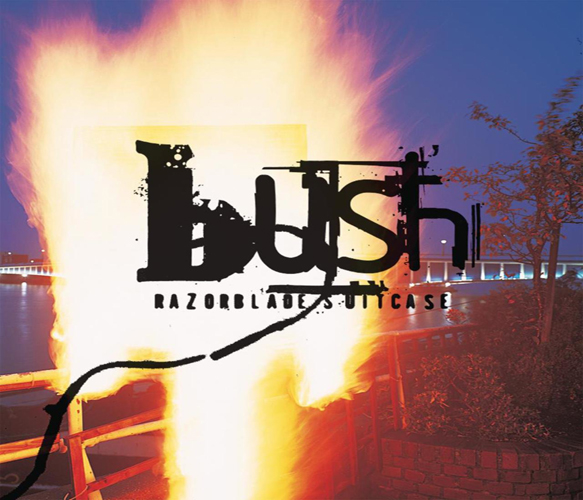