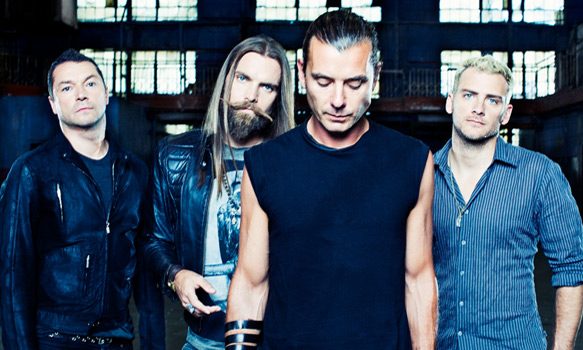 Over the course of their career, English Alternative Rock band Bush has sold close to 20 million records in the U.S. and Canada alone. Formed back in 1992, their debut album, 1994’s Sixteen Stone, has since been certified some 6× multi-platinum and considered by many an essential record from the ’90s era. Their sophomore effort, 1996’s Razorblade Suitcase, was a No. 1 on the Billboard 200. After, the band would go on to release two more albums, 1999’s The Science of Things and 2001’s Golden State, before eventually disbanding in 2002.

Eight years and Bush would return, led by co-founder Gavin Rossdale, original Drummer Robin Goodridge, along with Guitarist Chris Traynor and Bassist Corey Britz. A lineup that would not include original members Nigel Pulsford (guitar) and Dave Parsons (bass), the new Bush would go on to make an impressive return with 2011’s The Sea of Memories and 2014’s Man on the Run. Recently celebrating the 20th anniversary of Razorblade Suitcase with a digital reissue, Rossdale and company return on March 10th with Black and White Rainbows via Zuma Rock Records/Caroline Records.

Beginning with first single/video “Mad Love,” it is a power ballad that finds a mature Rossdale singing, “Still got mad love for you, baby / Everyday you find ways to drive me crazy.” It is a rather banal note to begin a fifteen track journey, and arguably a poor choice for lead-off single. Next comes the somnambulant “Peace-s” which finds Rossdale spelling out “P-E-A-C-E-S,” this may result in some listener who T-E-A-R-S their hair out. Alas, the bulk of Black and White Rainbows is one conventional break-up song after another. From “Lost In You,” which reads like a Silverchair cover, to “The Edge of Love,” where Rossdale sings, “I’m clinically blue but I won’t fade on you,” the songwriter is clearly feeling anything but, pardon the pun, zen.

There are some brighter moments on Black and White Rainbows, but sadly few and quite scattered. For example, songs like the emotional rocker “Water” and “Toma Mi Corazon” (“Take My Heart”), which is a bizarre blend of Spanish and English. The latter is yet another breakup song, but it has a certain level of sincerity.

Several of the tracks such as “Dystopia” and “Nothing But A Car Chase” suffer for the album’s poor production and, with a new arrangement and some additional care, could very well show promise. Then there is “People At War,” which could be the strongest song on this album. “I’m a stranger to your people / I’m a stranger to your love / I am miles from your system / I’ve seen you up above / We hurt together / We hurt apart,” sings Rossdale in this futuristic, synth-happy track. With a faster beat and some EDM remixing, it could be a Dance Club sensation.

Lyrically, Black and White Rainbows is a pure and simple breakup album. Production-wise, the majority of Black and White Rainbows sounds rather muffled. There is a fine line between under-produced, raw sonics that bleed grit and sincerity from their pores, and poorly-produced and painful sonics that just eke out a lot of noise. Sadly, to some ears, this record is the latter.

Certainly a different direction for Bush, Black and White Rainbows does not possess the same melodic prowess as Man on the Run, but maybe that is the point. From the sounds of the lyrics and production, Rossdale seems to be rather woeful while reflecting on the demise of past relationships. An acquired taste, CrypticRock gives Bush’s Black and White Rainbows 3 of 5 stars. 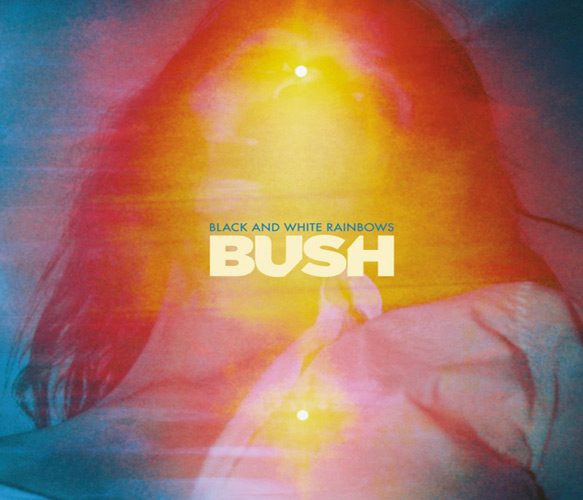