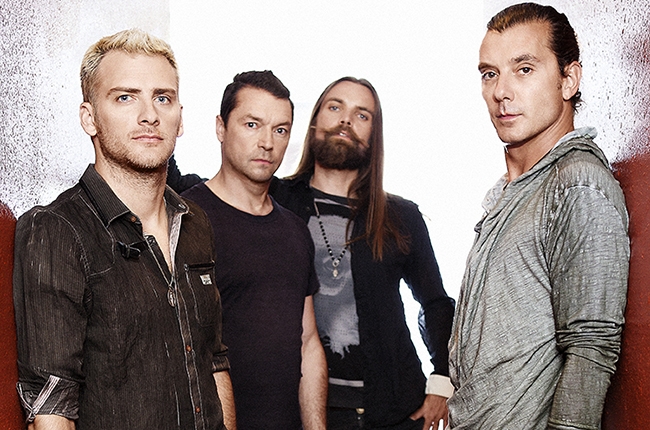 London Rock band Bush began their career in 1992 when vocalist and guitarist Gavin Rossdale met and bonded with guitarist Nigel Pulsford over music. The two formed a friendship and then a band then called Future Primitive. From there, they went on to recruit a drummer, Robin Goodridge, and a bassist, Dave Parsons. Once fully formed, the band changed their name to Bush, named after Shepherd’s Bush, London, where the bandmates used to live. After developing their sound, it took no time at all for the band to find success after their debut album, Sixteen Stone (1994), took off quickly and got RIAA (Recording Industry Association of America) certified platinum six times. Over the years, the band changed – members left and joined, influences evolved and producers came and went. Bush pushed forward despite it all and went on to release three more albums. In 2002, the band broke up and went on hiatus with their collective future uncertain, but in 2010, everything changed. After eight years away, Bush returned to the music scene with a new line up, their fifth studio album, The Sea Of Memories (2011), and a hit single, “The Sound Of Winter.” Despite barely getting back into the scene, the band took some time away again. On October 21, 2014, their sixth studio album, Man On The Run, was released and Rossdale was quoted as stating that he wanted this album to be “heavier” than previous albums. Former members Rossdale and Goodridge, combined with newest members Chris Traynor on lead guitar and Corey Britz on bass, recorded the album at Studio 606, owned by Foo Fighter’s Dave Grohl, and under the direction of Grammy-winning producer Nick Raskulinecz, Bush pulled out all the stops to make Man On The Run a standout.

“Just Like My Other Sins” opens things up with a lacey guitar sound studded with spikes. Rossdale’s vocals pierce and sail through the track with the same vigor and grit heard in classic Bush songs like “Machinehead” from their 1994 debut. The album’s title track,”Man On The Run,” features an upbeat guitar sound in the chorus that sharply contrasts the smoother melody throughout each verse. Robin Goodridge’s drums accent the contrast in the chorus and prominently feature in the bridge. While Bush had established a reputation as being an Alternative Rock/Grunge band, their mastery was always in keeping things simple and not overreaching. The debut single off the album, “The Only Way Out,” is a feel good song with an uplifting message and mellow beat, while Rossdale’s vocals make the piece with the dynamics in range and emotion. It is a song that is easy to get lost in and sweetly nostalgic, encouraging the triumph over one’s personal demons.

On some songs on Man On The Run, the band plays with a few new elements in the way of production and EDM elements, sometimes sounding overproduced and generalized. Songs like “The Gift” and “This House Is On Fire” provides a fairly tight sound for them, but doesn’t stand out as especially remarkable. “This House Is On Fire” does at least provide some interesting string work by Chris Traynor and a committed melody. The same can be said for “Loneliness Is A Killer,” regarding Traynor’s guitar riffs that seems to coil around you like a snake. Rossdale’s vocals resonate well when they can be distinguished from the overproduction and electronic accents that seem inundate the track. What has always been great about Bush is their simplicity, and the cleanliness and ease with which they always seemed to produce great music. On this album, things feel tight and constricted, as if in an effort to go “harder” they lost sight of the very thing that made them incredible, the effortlessness.

“Bodies In Motion” brings a slightly softer side to light with a moment of frenzy that triggers sentiments of a mash-up of Razorblade Suitcase’s (1996) “Comedown” and the Incubus single, “Anna Molly,” with a good pace and an uplifting message. “Broken In Paradise” touched on the isolation and emotional deprivation of living in a self-made world of materialism. It’s an easy, breezy song that, while not mind-blowing, does convey the message effectively and is composed well without over-complication. “Surrender” follows with a beautiful melody that entrances and enchants with the famous effortless Bush magic permeating the track. In the chorus, “I talk to myself/But I sing for strangers”  is one of the most profound lines in the song, Rossdale’s way of allowing us into his world.

“Dangerous Love” perks the ears from the very beginning with the way the snare snap and the vibrato in the strings resonate and echo. Rossdale warms you up with low end, clean vocals before delving deeper into his range and grit. There is something sensual in the rhythm and melody of the song, despite the lyrics describing a conflicted relationship and moments of betrayal and longing. As the album begins to wind down, “Eye Of the Storm” comes in like its namesake with calmness unlike what has been experienced on the album so far. It is soft and smooth, like a velvet curtain of comfort amongst the fray. The drum work in the bridge is slightly tribal and the guitar is reminiscent of ’80s power ballads with their poignancy and tone.

Kicking off with a low end reverb and prominent bass, “Let Yourself Go” opens with a darker ambiance than its predecessors and progresses into a lighter crescendo, opening up but still maintaining a certain structural depth throughout. “Speeding Through the Bright Lights” begins with a strange cacophony of sounds and electro-reverbs before rolling quickly into a Sixteen Stone-era melody and composition. The song is rife with sharp riffs and pickups that steamroll into the energized chorus full of snappy snare features. Incorporating more electronic elements for effect in the bridge feels a little out of place on this song. Fortunately, it was short lived and the song resumes its prior vigorous pace. Closing things out on Man On The Run is “Golden Age” and its jazzy warm-up that evolves into a full sail, trance laden, 1960s era tune. The title fits well with the old school feel of a track that is littered with Classic Rock tricks and gives a nod to the ‘60s and ‘70s style of music.

While there are some exceptional moments on Man On The Run, it feels incomplete filler in places. There are also some issues with the overproduction of the electronic elements, effects on the instruments and vocals in places. Rossdale’s voice, when left unobstructed and unfettered, is more than capable of holding its own, and in some places the noise overshadowed the smoky coarseness of his vocals, a huge component of Bush’s signature sound. Overall, despite the production concerns, Man On The Run is good record with several solid tracks and lots of potential. The composition of many of the songs is structurally sound and well thought out, and in the less complicated tracks the emotion and intention is clear and easily absorbed. CrypticRock gives Man On The Run 3.5 out of 5 stars. 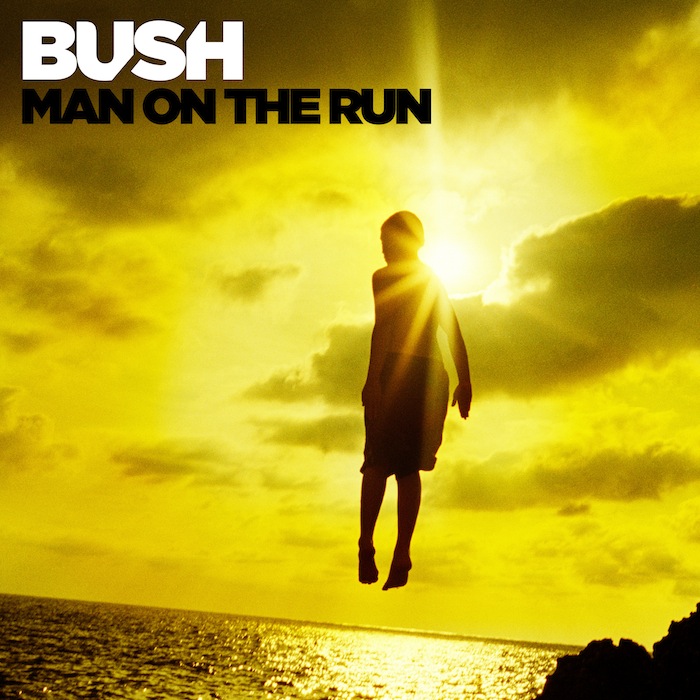