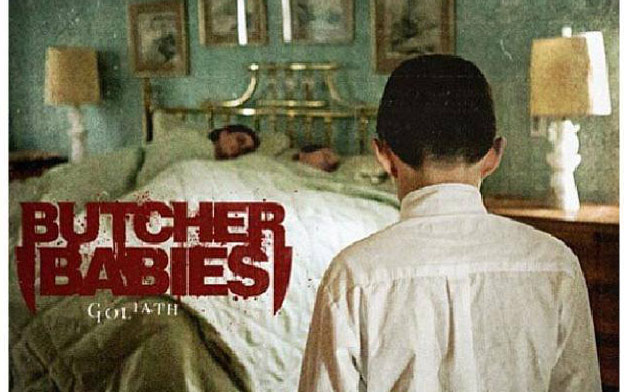 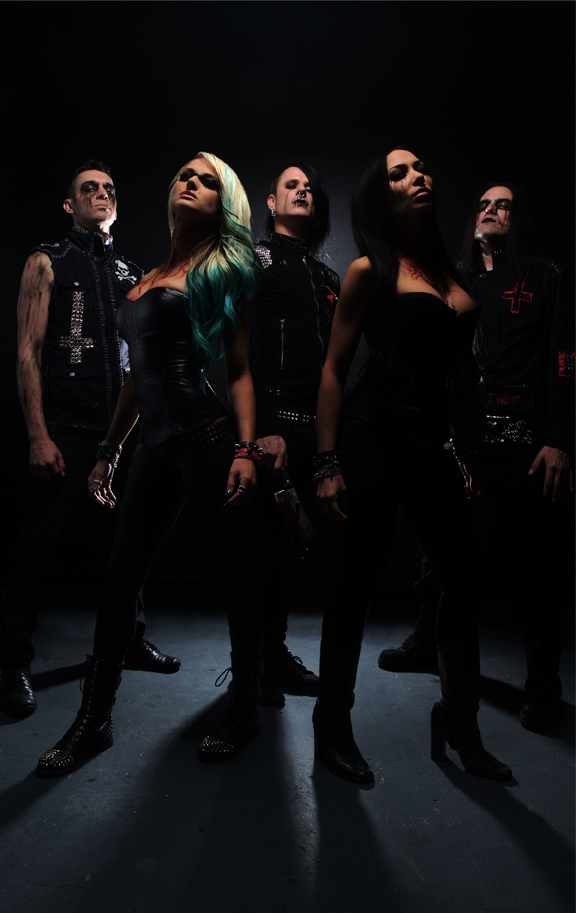 The Butcher Babies have been making quite a buzz in the metal scene the past few years going out on notable treks with Otep, Manson, and this summer’s Rockstar Mayhem Festival, the latter of which this reviewer was in attendance. To be honest, the only prior knowledge I had about the band was that the guitarist (Henry Flury) had spent some time in the nu-metalesque “Amen “ and their drummer (Chrissy Warner) had made his tenure with California metallers “Scars of Tomorrow”. Of course I was also aware that the band had not 1, but 2, very well endowed female lead singers, that were certainly no strangers to being in the public eye (both Heidi and Carla spent time as playboy playmates). Having watched the band play their 25-minute set and chatted with Henry, I decided to review their debut album Goliath which was released in early July 2013.

Right from the get-go, you know what you are getting from this band. Within 3 seconds of the first track, “I Smell a Massacre” (which also happens to be the first single), Heidi Shepherd unleashes a nightmarish scream of notable length. The track blazes on with a scream- and-sing trade-off between Heidi and Carla (who provides the clean vocals). The chorus is quite catchy, and is somewhat accessible to a general metal crowd, offering a little bit of something for everyone (Otep fans eat your heart out at the “run for cover” bridge which starts with an anguished cry). “Magnolia Blvd.” features a nice groove during the brutal verses interspersed between the clean vocals during the chorus (by the way, we CAN hear you scream Heidi). The track, “Gasoline”, caught my eye for two reasons: one is the chemical formula in the title (C8H18), and the other is that this compound is actually called “octane” by the IUPAC system (being a member of the alkane series of hydrocarbons). Being a biochemist, I appreciated the incorporation of science into the title, regardless of the misnomer. Unfortunately, the track didn’t really grab me as much as I would have hoped (lots of chugging guitar work and double bass which is always appreciated by metal heads though).

The remainder of the album follows much of the same back and forth between the two lovely ladies with lots of tortured screaming speckled with a clean chorus or two for good measure. To be honest, the band could really have utilized Carla’s singing more frequently; she really has a killer voice. Don’t get me wrong, this album is definitely for the head bangers – without question. Variety is the spice of life as they say, and a little diversity couldn’t hurt for future releases. “In Denial” features a neat little guitar lick courtesy of our former “Amen” brethren (thanks Henry), as well as perhaps the most brutal assault from (I think its Heidi) throughout the track. Whatever demons the vocalists may be harboring were definitely kept in mind during this little tune, that’s for sure! The babies are onto something during “The Mirror Never Lies” where they seem to break away from the mold, showcasing some really gorgeous vocals. Being my favorite track on the album, I think this one showcases the dual vocalists at their best. Heidi’s throat-tearing shrieks are more tastefully dispersed throughout the song, allowing Carla and Heidi to both shine during the clean vocals. Plus, the chorus is catchy as hell! I definitely got an old school Kittie-vibe from “Denial”, and of course the band goes out with a bang on the final track “Axe Wound”.

Unlike many other metal releases, there is no brief instrumental track or interlude before the end of the album on this bad boy. Mark my words, the butcher babies allow no reprieve from their onslaught on this debut, which is going to be huge in the metal market (having two attractive women never hurts either). Others will be turned off by the relentless brutality of the disc, and may yearn for more diversity. I see lots of promise in this release, with more tracks like “The Mirror Never Lies” and “I Smell a Massacre”, the butcher babies have plenty of room to grow up. Cryptic Rock gives this album 3 out of 5 stars. 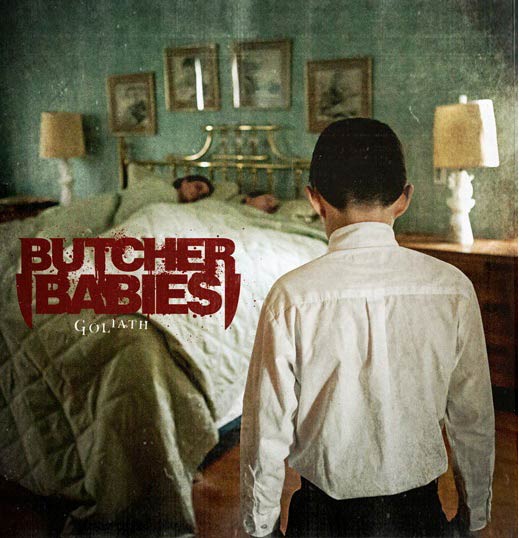