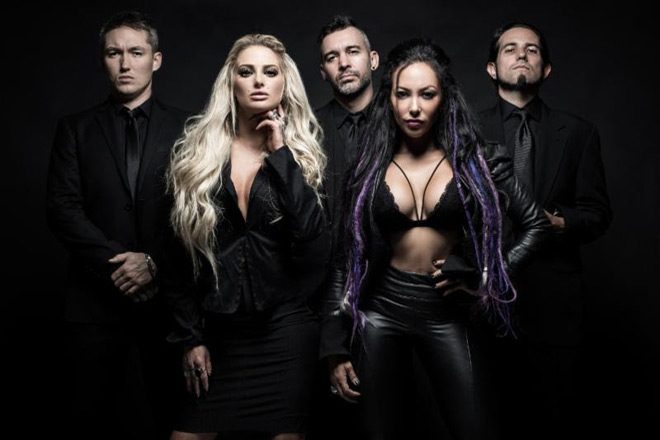 Through hard work and dedication, Butcher Babies has made their Heavy Metal dreams a reality. Led by the two vocalist assault of Heidi Shepherd and Carla Harvey, California’s Butcher Babies stay hungry for more as they return with their new album Lilith on Friday, October 27, 2017 through Century Media Records.

Their third full-length album since Goliath made impact in 2013, anchored by tracks such as “I Smell a Massacre” as well as “Magnolia Blvd,” Butcher Babies has spent the last few years honing their sound and stage presence. Touring, and touring some more, the band offered even more merciless Metal on their 2015 album Take it Like a Man, an album which included the amazing track “Monsters Ball.” What can fans expect from Lilith?

Well, in order to prepare, one needs to understand where this band is coming from. First of all, they do not rest on their laurels, in fact, they keep pushing to improve with each passing day. They are dedicated to their craft and truly love the art of Metal. Together, Shephard and Harvey unite with their band of brothers – Guitarist Henry Flury, Bassist Jason Klein, Drummer Chase Brickenden – to hopefully knock the socks off listeners with Lilith.

Worth every bit of hype and enthusiasm, if Butcher Babies did not have you under their hypnotic post-apocalyptic spell in the past, chances are Lilith will change your mind. Heavy on the Thrash Metal influence, setting the tone right off the bat is “Burn the Straw Man,” which is a throw down of raw political prowess. With lyrics like, “…they are watching me, they are watching you,” it is goosebump inspiring to know this insanely badass song does evoke shreds of reality. It is great to know one can enjoy Metal with a message, and Butcher Babies does not shy away from that.

Moving forward, title-track and the album’s latest single, “Lilith,” is filled with pure unadulterated fury that makes it a must listen. Then, showing their diversity, “Headspin” is a complete change of pace with a haunting melodic symphony of Metal, reminding you that while they can growl with the best of them, these women can carry a tune. Underrated as vocalists, they can go from shredding vocals to putting you at ease in matter of seconds with passionate singing.

Filled with incandescent feeling of desire, “Korova” comes across as a track filled with charisma, opening with an organ before pounding screams. This is before by far one of the best songs on the album, “The Huntsman,” which is a macabre and morbid version of Little Red Riding Hood. It really does not get much better as guitar shredding prevails, while the story makes Red Riding Hood the protagonist. Relentless, through all 11 tracks, even during the darker, more melodic parts, the second half of Lilith is highlighted by cuts including “Controller,” which is an ode to ex and/or significant others the world over while “POMONA (Shit Happens)” is an unhinged offering of heavy Punk Metal.

So what can fans expect from Lilith? Simply put, Lilith is just the album that one would expect from a band that has evolved into the Metal weapon of mass destruction that it is today. Butcher Babies show they are for real – they can sing, scream, shred, and offer words of meaning amidst it all. An album that combines styles, it is a mature effort that offers something for all kinds of Metal fans. Butcher Babies has taken the next step in their evolution and it is Lilith. For these reasons, CrypticRock gives this album 5 out of 5 stars. 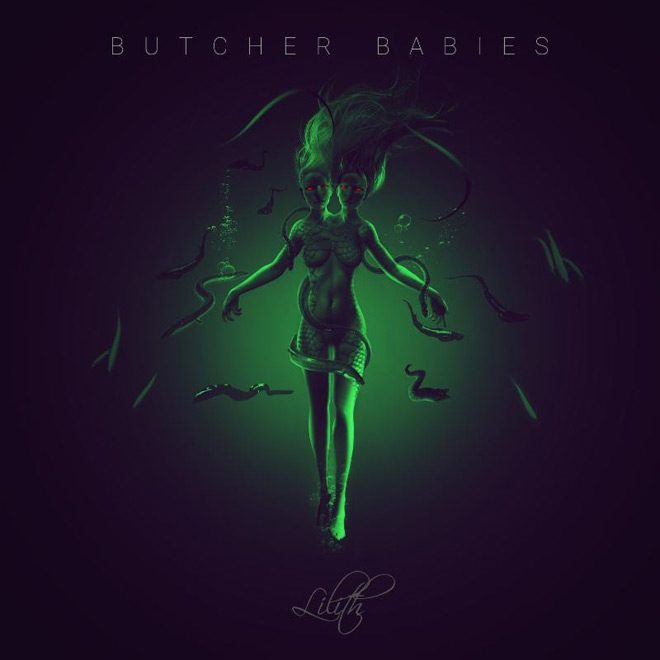