Back in 2002 Eli Roth brought horror fans a new film entitled Cabin Fever. The film did exceptionally well at the box office and many wondered if there would be a sequel. Nearly seven years passed until Ti West took on the story, directing Cabin Fever 2: Spring Break (2009). Receiving mixed to negative responses from fans, the second installment was a letdown to many. Now we are brought Cabin Fever 3: Patient Zero as the newest addition to the series. Written by Jake Wade Wall (The Hitcher 2007, When a Stranger Calls 2006, Amuseman 2008), directed by award-winning creator of Marvel Comics Kaare Andrews (The ABCs of Death 2012, Altitude 2010, Unwritten 2005), and headed by an formidable cast of actors, the film has been grabbing some attention. 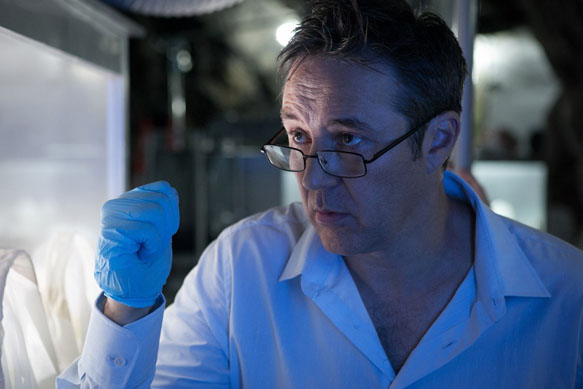 From an observational point of view we are given the story of Porter, a man held reluctantly in quarantine, played brilliantly by a very unhobbit-like Sean Astin (The Lord of the Rings series, The Goonies). His story intersected with numerous other characters as matters unfold.

Porter is a man who recently survived a fast acting flesh eating virus which resulted in the death of several people including his wife and son. After being found as the sole survivor, Porter is taken to an isolated island in Central America and held for experimentation by Dr. Edwards played by Currie Graham (Assault on Precinct 13 2005, Hitchcock 2012, Stargate 2008) for an organization called CPEC.  Dr. Edwards instructs Dr. Camilla played by Solly Duran (A Dark Truth 2012, Mediterranean Blue 2012, Tropico De Sangre 2010) to keep close communication with Porter throughout the testing procedure to ensure his cooperation since he is a carrier and could possibly hold the cure to the impending outbreak of an unnamed virus.  While Porter comes across as an innocuous middle aged man, it soon comes to light that not all is what it seems. Porter attacks several people and infects them, causing the evacuation of the rest of the staff from the testing facility. 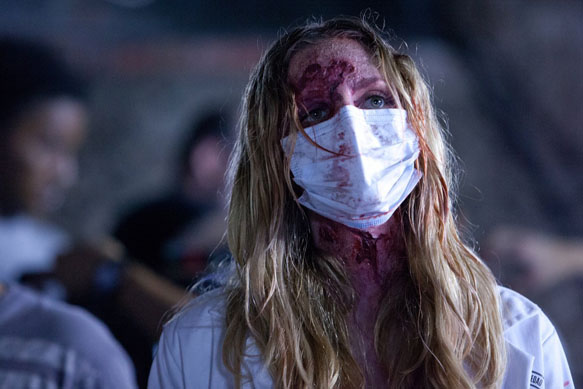 Simultaneously, we are introduced to new characters Marcus Josh played by Mitch Ryan (Missionary 2013, Groupie 2010, One Tree Hill 2003) who is about to marry Kate played by Claudette Lali. His brother Josh played by Brando Eaton (Balls out 2009, Born to Race 2011, TalhotBlond 2012), his girlfriend Penny played Jillian Murray (Wild thing 2010, Never Back Down 2, The Graves 2009) and his best friend Dobs played Ryan Donowho (A home at the end of the world 2004, Broken Flowers 2005, Altitude 2010) hire a boat to take them to a deserted island to have a bachelor party for Marcus. Once they arrive at shore they get settled in and the fun begins with Josh and Penny taking part in some skin-diving, while Marcus and Dobs get high.

Josh and Penny have a terrifying underwater experience when Penny believes she saw dead body parts to which she freaks out and heads back to her tent. Shortly thereafter, she becomes sick very quickly with Josh closely following. This prompts Marcus and Dobs to search for help and in the process they come across the seemingly abandoned CPEC Bunker/lab. After a terrifying time, finding many dead decomposing bodies, they cross paths with an ill Josh. Eventually, as they continue on, they locate a perishing Dr. Bridget, an uninfected Dr. Camilla, Porter, and Dr. Edwards. With the story twisting and turning we are lead to Dr. Edwards and Porter’s being pushed to the limit, inevitably bringing their true colors to the surface, shining a spot light on the true horror of the situation.

Cabin Fever: Patient Zero keeps you guessing the whole way through while the tension keeps you on the edge of your seat. The blood and gore factor is equally effective as the spectacular acting executed in the film. While some were left down by Cabin Fever 2: Spring Fever (2009), this film rejuvenates the series and there is reportedly plans for a Cabin Fever: Outbreak. CrypticRock gives this movie 5 out of 5 stars. 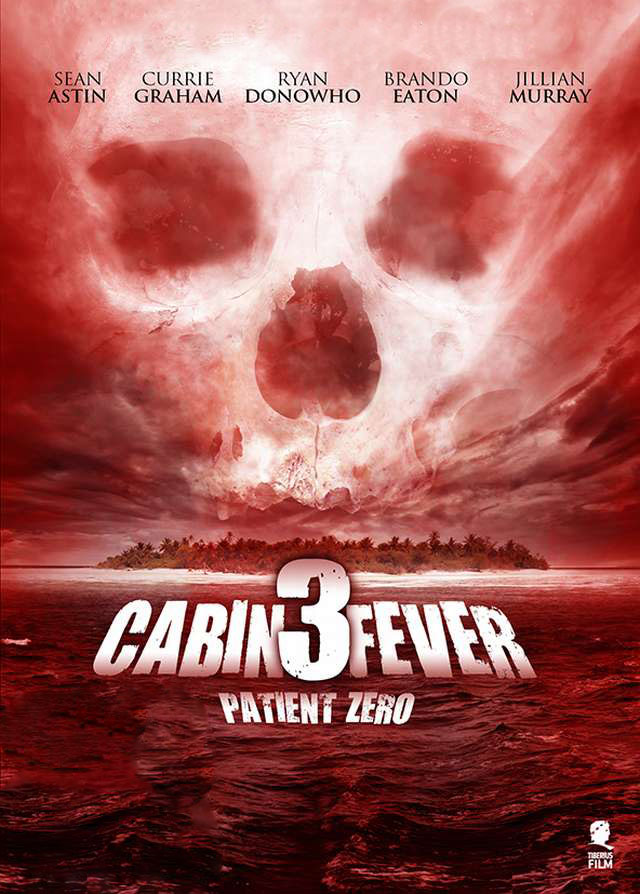