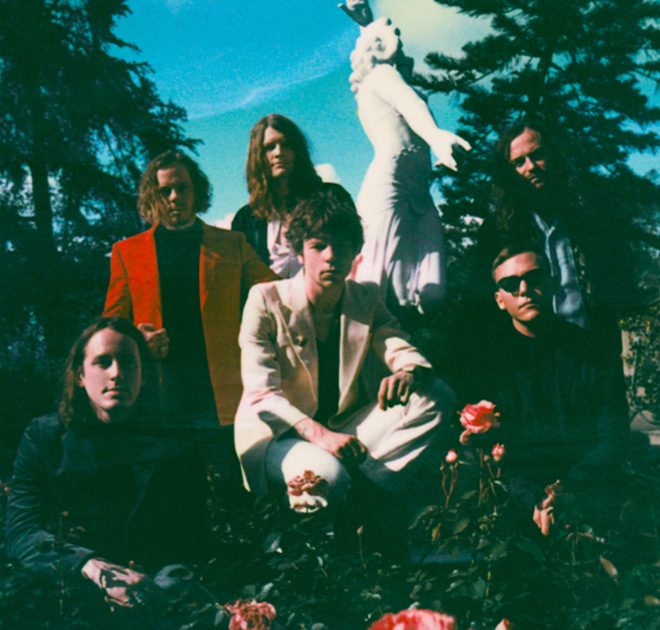 Soothing music lovers’ souls in the summer of 2017, Cage the Elephant returned with their first ever live album on July 28th via RCA Records. The album, Unpeeled, peels a layer back, showing the heart and vulnerability of the band. Recorded over a series of shows in Los Angeles, Washington D.C., Knoxville, as well as Nashville, the entire set consists of 21 tracks from the Grammy award winners Cage the Elephant.

When asked his opinion on the album, Lead Vocalist/Guitarist Matt Schultz stated, “Many times you’re adding sonic layers looking for something to hide behind, and what you do not realize is that vulnerability and nakedness might be the most compelling, interesting things about the album.” As stated, consisting of 21 tracks, 18 originals and the other 3 covers, this is any listener’s dream come true. Premiered alongside the video for “Whole New World,” fans in the video light it up, shout it out, making for an echoing and haunting feel as if you were in a movie theater at full volume.

Composed of Matt Schultz, Brad Schultz (guitar), Nick Bockrath (drums), Daniel Tichenor (bass), and Matthan Minster (keyboard/backing vocals), the band has received critical acclaims from some of the world’s renown sources such as New York Times, Rolling Stone, and The AV Club. Touring, they have sold out several headlining runs the summer of 2016 and recently sold out their UK and European tour.

With Unpeeled, they capture the raw feel of a real live setting as amplified guitars boom through the room, escorted by a jarring tone, fused for a cutting edge unconventional tempo. A perfect example, “Cry Baby” features hardy strings while wearing an old Rock-n-Roll feel. Can I get a hell yeah? In similar fashion “Ain’t No Rest For The Wicked” is another headbanger as Shultz puts on an impressive vocal performance expressing an emotional range, reaching notes and striking them with precision, his range soars to new heights.

Moving on there is “Shake Me Down,” and is quite appetizing with a performance filled with zest and life with well-placed strings. Overwhelming with a breeze that sweeps you in slowly like a whirlwind, “Aberdeen” features more blazing vocals as well as an orchestra that creates a pure harmony. At its core, even acoustically, it still has adrenaline. Then there are the 3 covers, including “Instant Crush” originally by Daft Punk, a sure fan favorite. With Schultz softening his voice, they change it up a bit with a string section rather than using synths. There is also “Whole Wide World,” another sure favorite, originally sung by Wreckless Eric. With undertones slightly melodramatic yet contemporary, it is a nicely put together rendition. The final cover comes with “Golden Brown” by The Stranglers, taking on a spooky sound with a juicy guitar part in the interlude and feeling like a clip from a Broadway play.

Tracks like “Trouble,” even stripped down, are still as heavy and hard as the original version. Matching this, the crowd goes crazy in the background, resonating along with the chorus. More mellow, “How Are You True” along with “Telescope” are gentle and sweet. The later reflects the vulnerability that the band has. All part of their charm, they take their audience deep inside with “Right Before My Eyes,” carrying out the performance with grace and beauty. The guitar strum grabbing at your heart, the tempo swaying you on, makes for a perfect farewell song, full of memories.

Not limiting themselves, Cage the Elephant tried a different creative approach with Unpeeled. An acoustic album, it is still hard-hitting Rock despite the gentleness and sway of several of the songs. That said, Cage the Elephant seems to be at the top of their game, changing it up, leaving fans to wonder what is next. Until then, CrypticRock gives Unpeeled 3.5 stars out of 5. 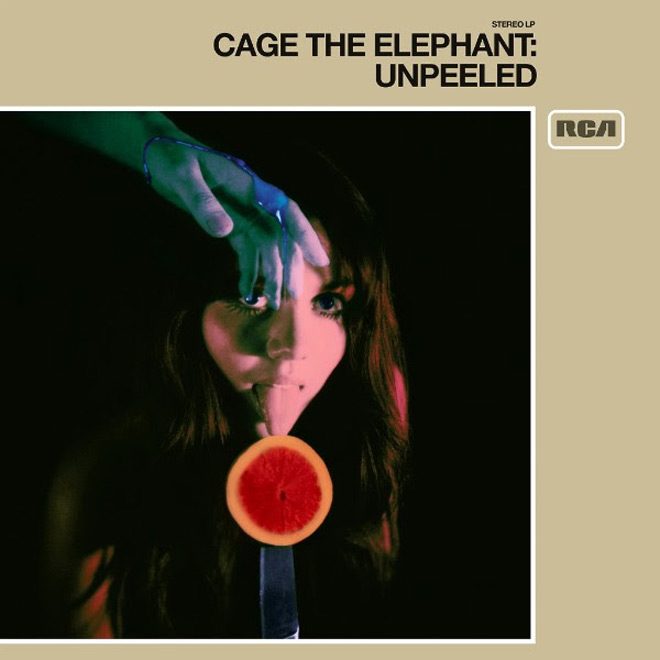