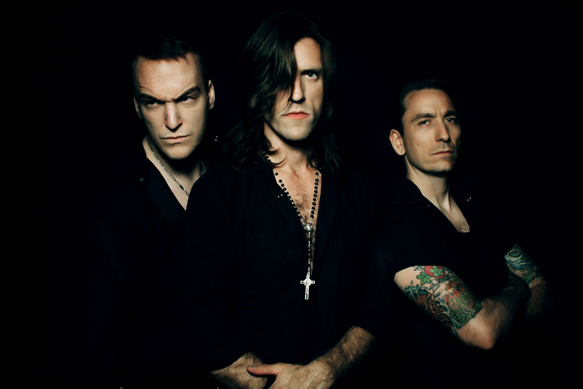 Rock band Calabrese hails from Phoenix, Arizona, making their way through the music scene with a derelict’s attitude. Consisting of the Calabrese brothers: Bobby on guitar and vocals, Jimmy on bass and vocals, and Davey on drums, the band originally began in Antioch, Illinois bouncing around in other bands until uniting in 2002. Taking influence from Punk rock of yesteryear, this band has been compared to The Misfits, The Ramones and Green Day, to name a few. Using Horror as a major influence, Calabrese has borrowed song and album titles from other sources: The Traveling Vampire Show came from the title of the novel by Richard Laymon, 13 Halloweens from the Horror lover’s favorite holiday, and “The Dead Don’t Rise” as a shout out to the ever popular zombie franchise. They have also had their music featured in several Horror movies, including SyFy’s The Graves (2010) and the American Comedy Horror Blood on the Highway (2008). Now in 2015, the band returns with their sixth full length studio album, titled Lust For Sacrilege.

Beginning with “The Dark Is Who I Am,” the track lingers in the dark like a killer waiting for his next victim. With gloomy vocals and church bells ringing in the background, this song fills the room with shivering cold and a clammy fog rising from the ground. First album single “Down In Misery” is slightly lighter. Called “our anti-hero song” by vocalist Jimmy, this catchy, macabre track features catchy guitar riffs and masochistic vocals that bring the Rock back into Horror. Keeping up the pace, Calabrese continues the album with “Teenage Crimewave,” doling out fast guitar chords that mainline adrenaline straight into the listener’s open vein, with Jimmy shouting his way into the dark side. Continuing on with a David Bowie-like sound, “Flesh and Blood” has a catchy, earwig chorus and distorted guitars. This track could almost be the anthem of the album, as it carried a thunderous sound that fills every crack in the room and has a great airplay quality.

Bringing Horror back to mind is”Lust For Sacrilege” with guitar riffs that flash like a bat out of hell, tolling church bells and whooping vocals. “Wanted Man” brings the sound of another “brothers” band, with the opening vocals and bass line channeled straight from The Ramones. Old fashioned Rock-n-Roll comes back into play with “Serpentflame,” bringing with it a steady, beating melody and a toe tapping drumbeat. Coming in at less than two minutes long, “Gimme War” is a much faster track with some alluring guitar solos. “New York Ripper” lulls the listener into a false sense of security while “Lords of the Wasteland” picks things up once again with a Punk Rock double fist – rough, fast guitar chords and the beating of the drums float along like a long lost spirit. The last song on the album, “Drift Into Dust,” lumbers in like a funeral march, with a mournful, acoustic guitar and emotional vocals that wrap up this dreadful journey.

Spanning merely forty minutes, Lust For Sacrilege takes the listener on a dark ride with emotional ups and downs. Presenting eleven places where one song does not compare to another, Calabrese shows an entirely different world to their listeners. Lust For Sacrilege never gets boring because each song is so different. The music that the brothers Calabrese make has its own sound and they know how to make a grand entrance and exit on an album, a concept every listener should check out. Essentially, Lust For Sacrilege does not limit itself to fans of one specific genre, as it is an album where everyone will find a favorite. CrypticRock gives the Lust For Sacrifice 4 out of 5 stars. 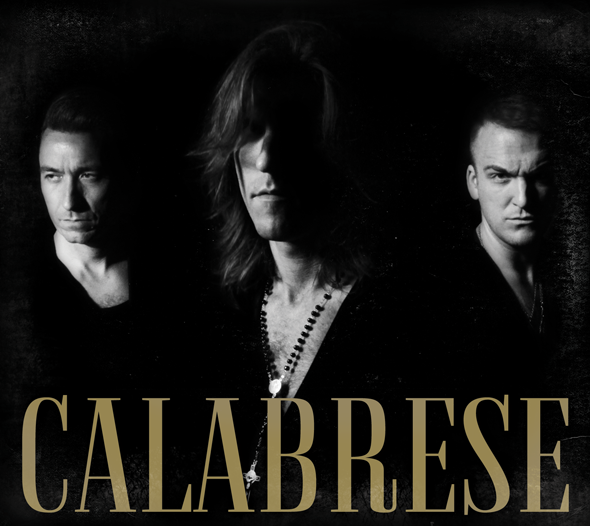