Calexico – The Thread That Keeps Us (Album Review) 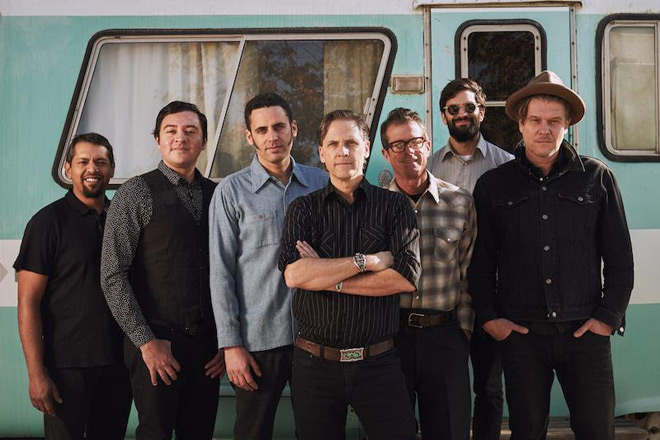 Following up the hugely successful and critically acclaimed 2015 album Edge of the Sun, Tucson based Calexico are set to return with The Thread That Keeps Us on January 26, 2018 via Anti-Records. Co-produced with longstanding Band Engineer Craig Schumacher, this fifteen track record is a defining moment for an already celebrated Folk Rock band.

Together for over two decades now, Calexico is founding members Vocalist/Guitarist Joey Burns and Drummer John Convertino with Multi-Instrumentalist Martin Wenk, Trumpet/Vocalist Jacob Valenzuela, Keyboardist Sergio Mendoza, Multi-Instrumentalist Jairo Zavala Ruiz, and Stand Up/Electric Bassist Scott Colberg rounding out the lineup. Recorded on the Northern, California coast at a studio fondly nicknamed “Phantom Ship,” the setting of the Panoramic House was a catalyst for the cinematic sonic landscape. That said, there is certainly a strange and wonderful transition from the Tucson, Arizona desert heard on The Thread That Keeps Us.

Setting the tone with “End of the World With You,” the positive vibe as well as lively and engaging musical trip is a lyrical recognition of the chaotic times that we all live in. With ripping guitar work, the song trips along in a lilting doomsday prophecy. Chaotic and graceful at the same time, love is the challenge, even more so in turbulent times. Shifting gears, “Voices in the Field” and “Bridge to Nowhere” echo stark reality using lush vocals and diving rhythms as they contrast with lyrical images of escape. Directly referencing the societal destruction, Burns delivers stellar vocals that are haunting as the band creates a much deeper message than on any of their previous nine releases.

Consisting of 15 tracks, The Thread That Keeps Us wanders into the psyche of Calexico, and could seem daunting at first to the uninitiated. Let your heart not be troubled, it is worth the journey. There is “Spinball,” which is an instrumental transition to the trippy “Under the Wheels” with Southwestern trumpet. In fact, this may be the standout cut off the record; aching Latin Indie Rock, it is unparalleled.

Halfway through, “The Town & Miss Lorraine” is a beautiful resting place. Simple guitar meshes with a mournful vocal that gives elegance with Folk flair. Then, “Flores y Tamales” brings home the fact that Calexico is culturally diverse. Following is an easy transition to “Another Space” where listeners will be enveloped with a unique groove that is pure Calexico; blessedly undefinable, this track has David Byrne and David Bowie essence sprinkled throughout. Returning to Calexico’s bread and butter, “Unconditional Waltz” is a Texas sunset set to music with alluring horns telling a story. There is no pretense or illusion, just open your ears and hear the masterpiece being stroked.

Heading into the last third of the album, “Girl in the Forest” is that lilting love of reality. Taking that breath in the frantic pace of today, this should be the soundtrack of the future. Then they pose a question on “Eyes Wide Awake.” This subtly political cut is a flashback to the haunting lyrically truths that are explored at the beginning of The Thread That Keeps Us. Sequencing is an aspect of this record that makes it stronger as an artistic testament to the times musically. That in mind, “Dead in the Water” is among the best on this record complete with deep, disturbing bluesy vocals.

Then there is “Shortboard,” a vibrant desert instrumental, acid trip that would have fallen flat if delivered from some lesser talent. Lastly, they offer the downtempo “Thrown to the Wild” before “Music Box” closes out with an aura of hope. Cutting the thread this album created, it is optimism throughout. 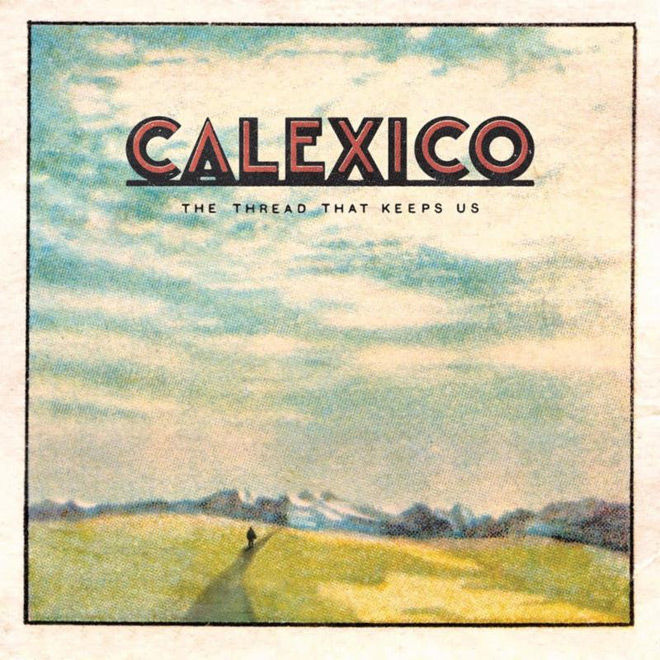