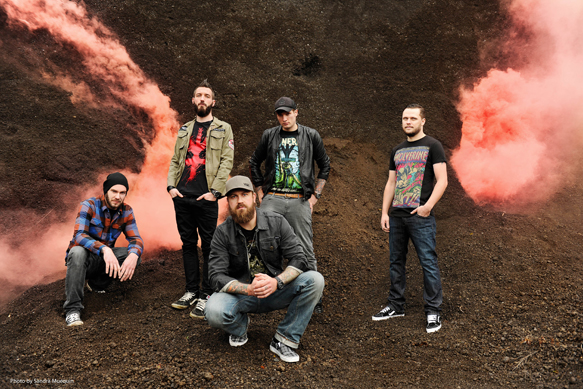 Beside Heaven Shall Burn, Caliban could be considered one of the leading influential German Metalcore bands in the last two decades. Since the release of their 1999 debut album, A Small Boy And A Grey Heaven, Caliban has steadily built a die-hard fan base, which peaked following the release of 2012’s I Am Nemesis. One of their most successful records, it could be called a masterpiece of the genre. Then, in 2014, they dropped Ghost Empire, their first album ever to enter the top 10 in German charts, but a record that was criticized by some fans. While a very good record, some called it powerless, and Caliban was even accused of playing it safe. With the successor Ghost Empire, the band was criticized hardly.

Now two years later, Caliban responds to naysayers with their new album, entitled Gravity. Their landmark tenth studio album, Gravity was released on March 25th via Century Media and was once again produced by Guitarist Marc Görtz and Benny Richter in Görtz’ Nemesis Studio and mixed by the guitarist himself and Klaus Scheuermann. Promoted as their most dark and powerful neck-breaking work to date, Caliban fans now have a chance to see what all the hype is about.

Sometimes hype is just that, other times it is legitimate, and Caliban waste no time laying it all on the line with opening track “Paralyzed” with a dark and intense atmosphere. A fitting single, it is a beginning of epic portion as it steamrollers from the first notes. It is here listeners are greeted into Andreas Dörners’ sole screams and also clean vocals. Conspicuous and represented throughout Gravity, on previous releases Guitarist Denis Schmidt was responsible for the melodic and clean parts, but the new experiment and concept with Dörner works out perfect.

With that in mind, the next track, “Mein Schwarzes Herz,” translated to “My Black Heart,” comes on with German lyrics that thrashes brutally. This is felt strongly especially because of the guitar work of Görtz and Schmidt. Carrying the song, their sound, without question, is one of the most outstanding in the genre, in addition to the tight rhythm section of Bassist Marco Schiller and Drummer Patrick Grün.

Showing an ability to balance their attack, “Who I Am” comes on with its positive message that is carried in spite of the dark prevailing mood. Then there is “Left for Dead,” which comes on with a huge chorus harnessed by Dörner’s shouts. An emotional piece, it will invite listeners the urge to want to release all their rage. Then, slightly more melodic and offering a little contrast, “Crystal Skies” features a guest vocal spot from Jamie Graham of Heart Of A Coward. Laced with beautiful drumming from Grün, the groove of the guitar work is impeccable, complemented by moments of tranquility throughout. Thrusting into more brutality, “Walk Alone” continues with a killer riff, the shout out-loud chorus could be one fans would devour in a live setting. Conveying a message that the bold walk their own road, the guitar solo halfway through bleeds with clean emotional notes that are top notch.

Adding even more color to the landscape of Gravity, “The Ocean’s Heart” features Alissa White-Gluz of Arch Enemy, which adds even more depth to the melodic side of Caliban’s sound. A song with a telling message about the horrors of the murder of whales, White-Gluz’s clean singing drives home the overall emotion of the story. With so much already offered within the running time of Gravity, Caliban offers their most pleasant surprise within the track entitled “brOKen” where Dörners clean vocals just coruscate as the rest of the band delivers a brilliant performance in the vein of “This Oath“ from I Am Nemesis. The echoing backing tracks throughout create a somber and haunting texture as the ambient guitars ring above the distorted base in magnificent fashion.

Returning to more brutal styling, “For We Are Forever” comes on like a ton of bricks before settling in with an array of guitar changes and steady rhythmic drumming. Highlighted by overdubbed vocals in the chorus, Caliban successfully crafts a song that could easily be a single. Thereafter, faint piano opens “Inferno” before kicking in with thick guitar chugging and a guest vocal appearance from Marcel Gadacz of Dream On, Dreamer. A perfect storm of melody and brutality, it could be considered one of the best tracks off Gravity. Speaking of which, “No Dream Without Sacrifice” sees Caliban set off to new shores and horizons thematically. A breathtaking composition with howling guitars in the distance throughout, the throaty vocals in the verse are diverse and perhaps the boldest feature. Conveying the idea that the challenge that face one are daunting, but there is always a light through the darkness.

The journey then comes to a close inside “Hurricane,” which is a frantic piece about hope and one’s convictions as the chorus echoes, “Like a hurricane we will find a way before the days are done. Like a thunderstorm we’re unstoppable. We swallow the sun.” An inspiring message, it is taken to the next level in the final moments as Dörners bellows, “Look at the world through different eyes. Wake up before the curtain falls. Find your light!”

With Gravity, Caliban take their sound to the next level and no doubt will silence any critics of the Ghost Empire album. With that said, Caliban are back and maybe stronger than ever. Stomping ear-catching choruses in each song throughout Gravity, this album is a potent and masterful mix of brutality and melody. CrypticRock gives Gravity 4.5 out of 5 stars. 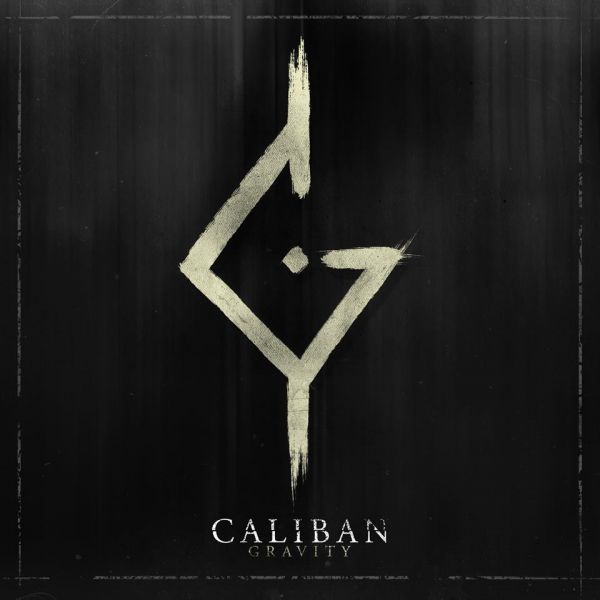