In mid 2000’s, the housing industry in the civilized world boomed. Not only a sellers market, buyers took advantage of easy loan applications, and often being leant a great deal more money and buying larger houses than they could afford. During that time, all parties did well out of property transactions, until the Global Financial Crisis (GFC) struck in 2008. Latest Drama movie California Winter released in March via On Demand via Indie Rights uses a personal approach to focus on the period right before the GFC, and when it took place. 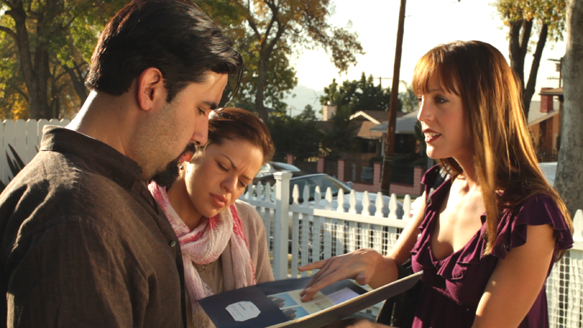 Written and directed by Odin Ozdil (Mrs. Lovejoy 2010, The Untitled Gorilla Commercial 2012), as his debut feature film, and released on 1st December 2012 in the United States, the film is both English and Spanish, with the events set in 2012. Clara Morales (Elizabeth Dominguez: Paranormal, Burbank TV series, In the Picture 2012), is a bright young woman who became a real estate agent during the boom. She is successful in her job, making plenty of sales due to her passion and belief in what she does. Her boss, Douglas Hariri (Erick Avari: Heroes TV series, Days of Our Lives TV series), is extremely happy with her progress, but her co-worker, Camilla Vasquez (Laura Ceron: E.R. TV series, CSI: Miami TV series), sees Clara as a threat. At this point, Doug does not agree with Camilla and continues to back Clara. This does not deter her focus, and she continues her pursuit of a promotion and financial gain.

Initially she lives with her father, Miguel (A Martinez: Days of Our Lives TV series, Curse of Chucky 2013), and ailing mother, Cecilia (Eliana Alexander: The Bold and the Beautiful TV series, Desire TV series), who struggle with medical and other bills. Clara advises her father to refinance, buy another home, and sell the one they are in. He takes her advice and they move to a new place. Clara’s career continues to go from strength to strength, landing her the adoration of her boss, who gives her more listings. Clara does well enough to purchase land herself for future development, with her future looking bright. Unfortunately, Clara’s passion does not extend to investigating the loans’ finer details, nor ensuring it is best for the clients. The Global Financial Crisis struck practically overnight, with several banks going broke, and being taken over by others, creating mayhem, not just in the housing industry, but in every aspect of society. 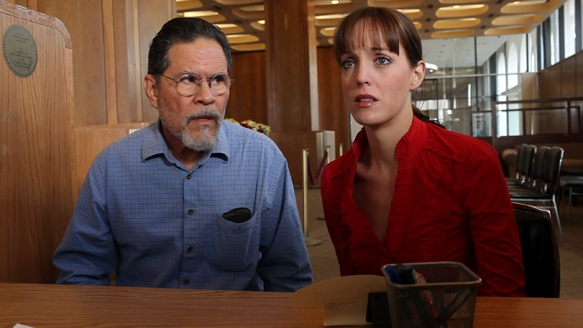 Clara’s world begins to crumble instantly, many of her clients loans fell into default, and not long after, so did her parents. Faced with failure, Clara continues at her job, desperately hoping to stave bankruptcy. This leads Clara to make unethical decisions, and she loses the one anchor she has. Now Clara must fight the banks to help herself and her parents, with the banks only interested in helping themselves. Sheriff Hillman, (Michael Ironside: Total Recall 1990, The Machinist 2004), begins to repossess homes, and while he feels sympathetic to the owners, must do his job. Clara meets her one bank member, Carlos Gonzalez (Walter Perez: The Avengers 2012, Grimm TV series), a long time bank employee who is frustrated and fed up with the bank’s strategies since the crisis. He gives Carla a possible solution, but will he change his mind and make Carla and her family homeless? 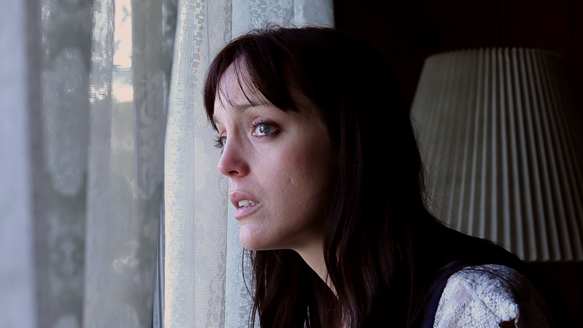 Since 2008 at least 10 million people’s homes have been repossessed, with the damage still felt today. Many people were driven to suicide and crime, their lives never being the same again. Former executives are as broke as blue collar workers, those who once lived in beautiful homes are now homeless. California Winter will touch many people involved in the GFC or have ever lost a home and dealt with the other side of the banking corporation. It is a bleak story with an open ending, bringing the difficult time back into viewers’ minds. Clara’s life mimics others, also reminding people to check all legal documentation before signing, and not living outside of their means.

In addition, California Winter benefits from high quality acting and the integration between Spanish and American culture is done seamlessly. The cinematography by Brayton Austin (Would you Rather 2012, Cheap Thrills 2013), provides the atmosphere surrounding the troubled times, and keeps with the changes of pace. Special effects are minimal, but character development and depth is outstanding, and well handled by the actors. A sad story, and one that will resonate as time goes on, will keep viewers all aware and less complacent. Also starting Golden Globe Winner Gina Rodriguez (The Interstate 2013, Jane the Virgin 2014), California Winter is a must watch for all fans of character-driven stories, and ones based on true life situations. CrypticRock gives California Winter 4 out of 5 stars. 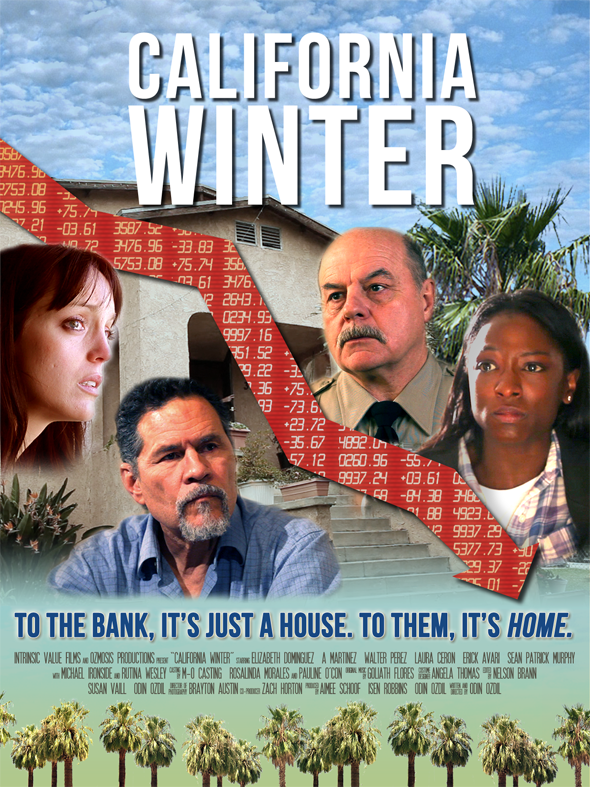