Directed by Eric A. Zimmerman, Caller ID: Entity explores the world of mind control experimentation, creating a Sci-Fi Thriller that arrived to VOD platforms sometime in 2018 thanks to ITN Distribution. Theatrically speaking, the film actually premiered on January 10th, 2018, at Ahrya Fine Arts by Laemmle in Beverly Hills, California, for those lucky enough to be in attendance. 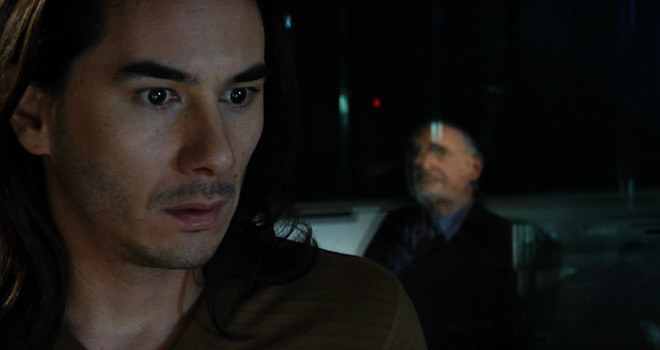 The story here revolves around a trio of graduate students: Miles (James Duval: The Doom Generation 1995, Donnie Darko 2001), Noah (Nathan Bexton: Go 1999, The In Crowd 2000), and Dale (Denny Kirkwood: Never Been Kissed 1999, The Dead Zone series). Each of the friends enlists in a course in psychopathology and, after a lengthy admissions and screening process, are accepted to an independent, confidential research course that is, cue the conspiracy theories, shady at best.

Clocking in at 90 minutes in-length, Caller ID: Entity was directed by Eric A. Zimmerman (Caller ID 2010, Freakshow short 2014), and written by Zimmerman and Nik Jamgocyan (Caller ID 2010). Zimmerman is actually a noteworthy music video director, who is responsible for such groundbreaking and eye-catching offerings as Nine Inch Nails’ “Down in It” and “Head Like a Hole,” as well as Soundgarden’s “Jesus Christ Pose” and “Rusty Cage,” among many others. 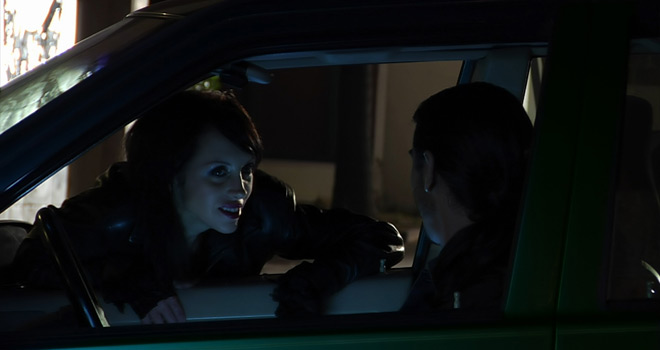 Unfortunately for its entire cast and crew, Caller ID: Entity is a sadly very slow. The problems with this film are nearly endless, and suffer under the weight of a pyramid of troubles all built upon a flimsy, poorly-developed script. The main characters of Miles, Noah and Dale are never properly introduced, and therefore we, as viewers, never become entirely invested in anything they do. The entire script is flat, with poor development and an overall lack of cohesion; which leaves a film that is heavy on conspiracy theory and moody darkness, but delivers little of the immediate fear that is necessary for audiences to become fully-invested in believing that government eyes are everywhere.

In all honesty, no actor’s skills could save it, though some of the cast here at least make an effort to try. Bexton’s Noah does a superb job of portraying the tormented emotions inherent in the script along with its complicated situations, with his body language – particularly his eyes – speaking volumes in the role. Unfortunately, Duval’s Miles is often stilted and uncomfortably forced, looking like he too has mentally checked out of this disaster. That leaves the pair somewhat at odds in their roles, offering some truly awkward exchanges between characters. 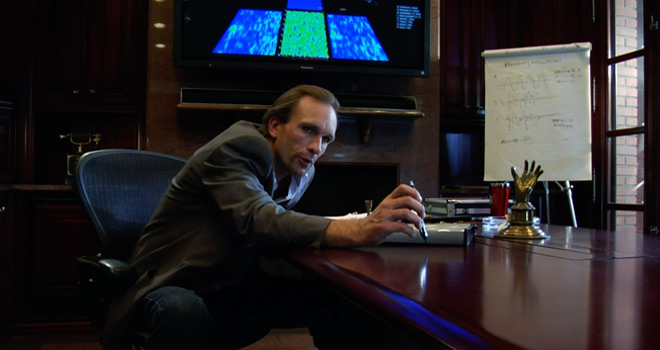 With aerial shots of Los Angeles and cellphone towers that metaphorically suggest that we are always being watched and listened to, that the government could be experimenting with all of us even as we speak, Caller ID: Entity should be a conspiracy theorist’s wet dream. The basic idea here – that the government is funding military-based mind control research in order to create unidentifiable, unsuspecting weaponry – does not feel particularly far-fetched, sure. Unfortunately, as the entire script is a discombobulated nightmare, by thirty minutes into this ninety-minute creation, the viewer has checked out entirely. For these reasons, CrypticRock give Caller ID: Entity 2 of 5 stars. 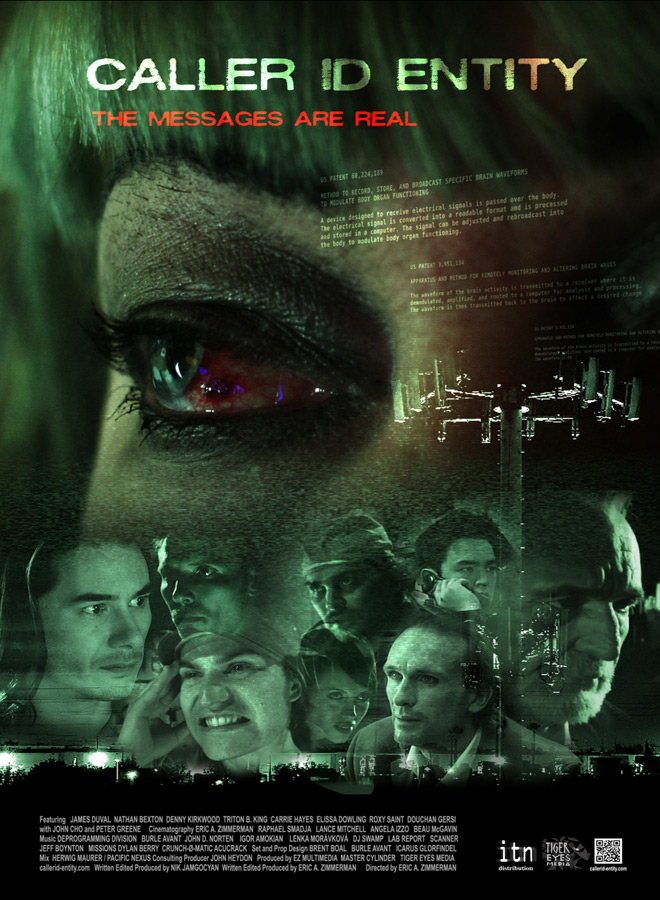