We Came As Romans – Cold Like War (Album Review) 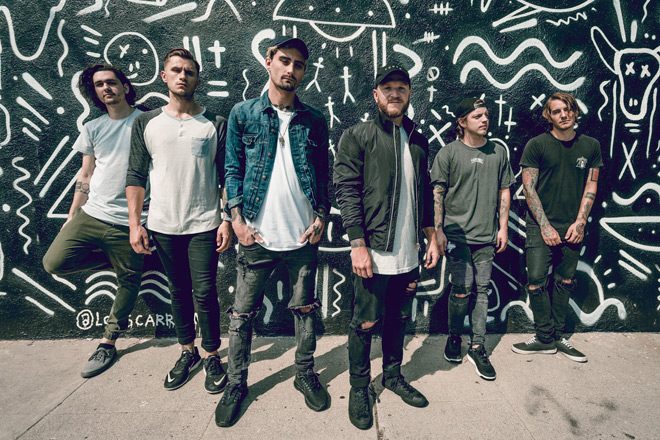 “I never found peace, but now I’m fighting a war” are the explosive first words on We Came As Romans’ brand-spanking-new disc, the aptly-titled Cold Like War available everywhere October 20, 2017 thanks to SharpTone Records. That in mind, sub-categorize it however you like, this is a masterpiece of modern Metal!

Hailing from Troy, Michigan, We Came As Romans (who oft abbreviate their name WCAR) have seen it all – from a name change to line-up changes – over the past twelve years. Formed while the boys were still in high school, WCAR have gone on to release four full-length offerings over the past six years (charting at #8, #11, and #21 on the Billboard Top 200 respectively), from 2009’s To Plant a Seed to 2015’s We Came As Romans.

Their relentless touring schedule has seen the band performing on five continents, in 40 different countries, and sharing stages with a plethora of artists including Bleeding Through, A Day To Remember, Motionless In White, Alesana, Emmure, blessthefall, The Acacia Strain, Falling In Reverse, Stick To Your Guns, Miss May I, Counterparts, Asking Alexandria, Of Mice & Men, Ice Nine Kills, Volumes, and Hands Like Houses. Also, they are, of course, no strangers to the Vans Warped Tour.

After a turbulent 2016, We Came As Romans – Kyle Pavone (vocals, synths/keys), Dave Stephens (vocals, guitar, synths/keys), Joshua Moore (guitar, backing vocals), Lou Cotton (guitar), Andy Glass (bass, backing vocals), and David Puckett (drums) – have found a new home at SharpTone Records and are now poised to return with their fifth full-length, the ten-song Cold Like War. A sublimely sincere and effective record, the album is the result of the band’s recent trials and tribulations and an expression of the sextet’s triumph against that adversity.

Cold Like War opens with the first hauntingly atmospheric notes of “Vultures With Clipped Wings,” a gentle sound that builds in tension until it explodes with the aforementioned line “I never found peace, but now I’m fighting a war.” The floodgates unleash with Stephen’s disturbed growls, while pummeling drums and intricate melodies infiltrate as the band paints a savagely savory picture of triumph through tragedy. It flows straight into first single/video “Cold Like War,” where Stephens (who oft provides the “dirty” vocal) and Pavone (he of the cleanliness) split vocal duties, as they do throughout the bulk of the collection. Alongside dreamy synth work, there are ferocious growls and driving guitars that set the pace for this blunt confession of the band’s struggles. Divided against themselves, self-doubt needling her way inside, WCAR fought a (civil?) war and found a way to recover.

A superb representation of We Came As Romans’ diversity, “Two Hands” is equal parts infectious melodies, sincerity, and sleeplessness; a tormented letting go, a wiser deep breath. The album’s second single/video, “Lost In The Moment,” is another superior representation of this killer disc: marvelous synth work meanders alongside those gritty growls and scrumptious melody, creating a multi-layered explosion that soars flawlessly into “Foreign Fire.” Sweet hurt and bloody bitterness collide in this relationship turned sour – “You don’t have to stay and wonder who I’ve become / I’m the story of the one you used to love” – and the end result is another killer WCAR offering.

“Wasted Age” shreds with titillating bass-lines and tormented emotion (“You’re telling me right now, you’re scared”), a promise that silence often speaks so much louder than words. Meanwhile, the somewhat experimental “Encoder” starts with a Dance sample that kicks into a massively dynamite, multi-layered assault of explosive heaviness alongside that pervasive beat. Many bands today try to incorporate an electronic element alongside their vulgar displays of power – whether it be simple keyboards or extraneous samples – and, unlike many of their contemporaries, We Came As Romans do it with style and finesse. The result here is a track with a delectable split-personality!

“If There’s Nothing to See” detonates from the outset with slaughtering snarls, fat bass, battering rhythms and catchy choruses that are anthemic, fist-pumping sing-alongs. What more could you ask for? Well, there is a guest appearance from Eric Vanlerberghe of I Prevail. It moves the boys into “Promise Me,” a decidedly gentler, introspective approach that does, ultimately, kick in towards its ending. Album closer “Learning To Survive” possesses a certain perplexing beauty: set to dazzling atmospherics, this starts off as a gentle lull that builds into a rocker that debates how one can grow under a microscope. Is this growing up just learning to survive?

We Came As Romans have been beaten down, sure, but with Cold Like War, they fight their way back to the top of their game. Triumphantly. Equal parts introspective confession, apt epiphany and matured meanderings, this album marks the pinnacle of this Michigan band’s journey, thus far. From start to finish, Cold Like War never bores: there is nothing formulaic, recycled or disingenuous here, though there is a delicious embrace of experimentation that builds the band to great new heights. Intelligent, diverse, blistering, but melodic, bitter, but buoyant, We Came As Romans has a little something for everyone! For these reasons, CrypticRock give We Came As Romans’ Cold Like War 5 of 5 stars. 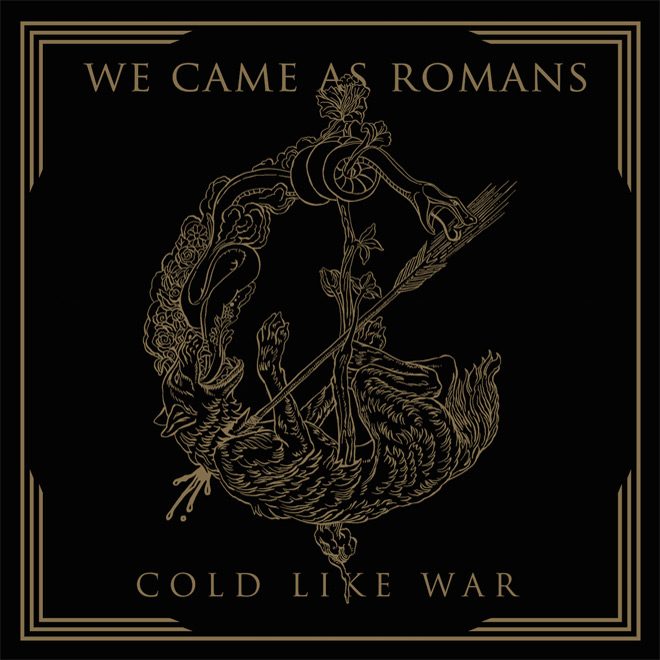 Blaze Bayley – War Within Me (Album Review) AFI – Bodies (Album Review)
Like the in-depth, diverse coverage of Cryptic Rock? Help us in support to keep the magazine going strong for years to come with a small donation.