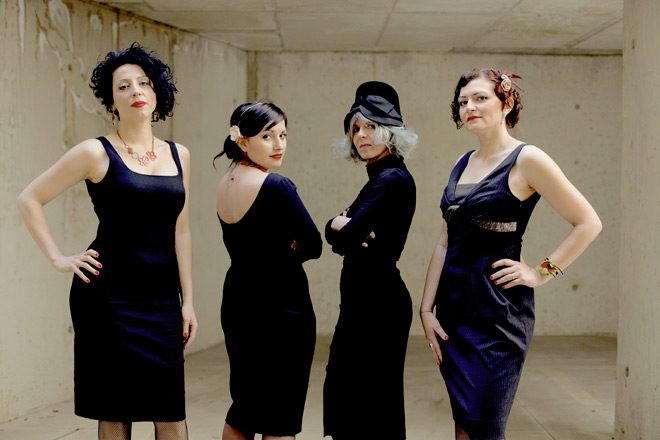 For those open to a musical journey that is anchored in the Neo Classical genre, toes the line into Baroque melodies, and authors gorgeously soaring, emotional tales, then look no further: Camerata Mediolanense present Le Vergini Folli, arriving Friday, October 27th thanks to Prophecy Productions. The album is available in both Digipak CD, as well as a 2 CD package that contains a 60-page booklet with liner notes; lyrical translations in English, German, French, and Spanish; historic portraiture of “foolish virgins;” and an 8-track bonus disc.

The ensemble of talented Italian musicians known as Camerata Mediolanense (which literally means “group of chamber musicians from Milan”) came together in 1994 in Milan. Founded by Harpsichordist and Classical Composer Elena Previdi, the group take a Neo Classical/Neo Folk approach to musical scenes that incorporate everything from Darkwave to Post-Punk but fully embody the spirit of the Renaissance and Baroque periods. These superb musicians have released four full-length albums – from 1994’s Musica Reservata to 2013’s Vertute, Honor, Bellezza – over the past twenty-three years of their career.

Le Vergini Folli (The Virgin Follies) is the group’s fifth studio offering, a gorgeously-authored eight-song journey that places piano at the forefront of each arrangement. Exploring a world of tonal harmonies in a minimalist fashion that pays homage to the history of musical composition in their native Italy, Camera Mediolanense create a lush landscape that feels like the most beautiful whispers of a time since past though wholly beloved and fully alive in our modern times. It is interesting to note that six of the songs are lyrically composed of poems: they are taken from the “forgotten literature” of Italian women, as well as Renaissance Poet Petrarch (1304-1374), to whose work in Humanism Camerata Mediolanense previously dedicated their entire album, Vertute, Honor, Bellezza.

There is an ethereal beauty to the fairy-steps and choral voices that begin the album’s journey with “Lacrime Di Gioia,” where a stunning female soloist implores us into a six-minute journey that includes Spoken Word, operatic styles, and haunting, meandering Baroque notes. As with the entirety of these tracks, there is a delicious flow into its follower, “Scrissi Con Stile Amaro,” a beautifully delicate waltz of piano, viola and female vocals that ends with the tinkling of bells.

On “Notte Di Novelli Sogni,” emotionally winding piano work intertwines beautifully with phenomenally bittersweet vocals, creating an atmosphere that feels welcoming and familiar to the heart; the sonic tale of the poignant embrace of an old lover. Meanwhile, somber violins soar into “Mi Vuoi,” where delicately meandering piano work sets the pace for a gorgeously emotive female contralto. For “Notte Ancora,” the gorgeously delicate piano work continues to lead the charge alongside emotionally delving vocal work, while piano continues to anchor “Pace Non Trovo,” where a baritone enters the picture to create a duet that soars to new emotional depths; the dark and the light counterbalancing to weave a seductively dark tale.

“Dolce Salire” presents sweet (pun intended) piano key-work alongside an equally saccharine female voice, a gentle pace that leads into a multi-layered vocal display of heavenly harmony. Album closer “Quando ‘I Sol” begins with a soprano lamenting alongside that ever-present, gorgeously evocative piano. The story hits a sour note, spiraling downward into something dark that eventually rises back with multi-layered harmonies that prove the phenomenal power of Camerata Mediolanense’s craft; a perfect declaration of talent to end this beautiful journey.

Camerata Mediolanense’s arrangements are minimalist, in that, piano oft anchors their songs and there is a defined lack of layering to their sound; which, in short, means that this group can actually create music without an expensive studio set-up and top-notch engineering. They are, in effect, like a journey through the Metropolitan Museum of Art in New York City: a glorious exploration of the finest fabrics of the past that, somehow, evokes something wholly modern inside of us; the sonic yin and yang of now and zen.

Due to the nature of their material, Camerata Mediolanense are not for everyone, no: you must possess a deep love of music and appreciate the true classics to embrace their professional caliber Neo Classical style. These are emotional stories told through music, and, as with all truly stunning sonic compositions, there is a transcendence of language barriers here; no matter your native tongue, Camerata Mediolanense present superb compositions that evoke emotion and a bygone era, and do it in a stunningly sincere approach that is phenomenally refreshing in our auto-tuned world. For these reasons, CrypticRock give Camerata Mediolanense’s Le Virgini Folli 5 of 5 stars. 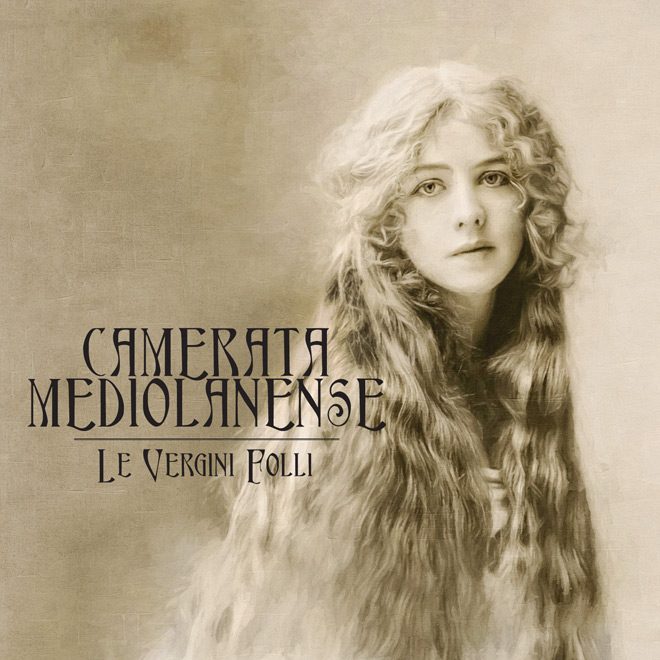