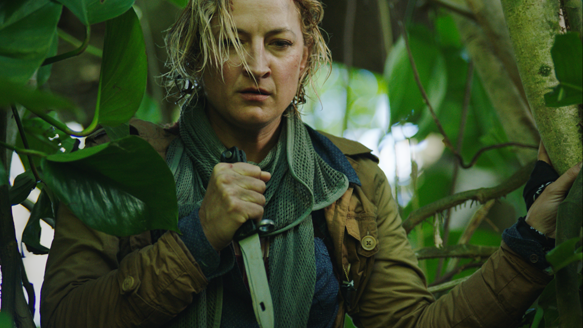 Set in the mid-1980s, widowed photographer Avery Taggert (Bell) is known in the industry for accepting the most difficult assignments covering war, death, and disease. When her editor offers her an assignment following a group of guerrilla missionaries in the Colombian jungles, she accepts. The group is led by an enigmatic Spaniard named Guillermo (Vigalondo), who also goes by “El Guero.” Their main focus, it seems, is to provide protection and necessities to remote villages. After traveling and capturing photos for a couple of days, they stop in a village to help residents and rest. That night, Avery stumbles upon drug deals that Guillermo is involved in, which are his true motives in the jungle. When a small boy sees the transaction, a horrific murder takes place, which she captures on camera. Thanks to a faulty flash, she is immediately discovered by Guillermo. While Avery goes on the run through the dense tropical forest, Guillermo convinces his crew that she is responsible for the young boy’s death. They immediately begin tracking her down. Avery soon switches into fight mode, desperate to survive the ordeal. 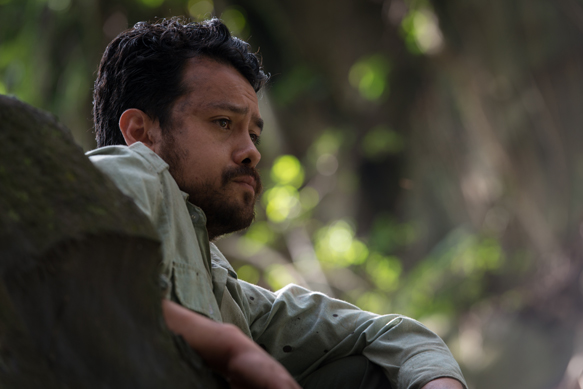 After her work in Tarantino films such as Kill Bill (2003) and Inglourious Basterds (2009), Zoë Bell is one of the most well-known stuntwomen in the business. One of her first big breaks into acting was in Grindhouse (2007). While her acting is still a bit unpolished at times, this actually worked for her while playing Avery. She comes across as genuine and believable with warmth that viewers can connect with immediately. Co-starring with Bell is Nacho Vigalondo, who is a seasoned actor and director who has been nominated for an Academy Award. He has a very strong presence and seems comfortable in such a dark, villainous role. His final scene was one of the most intense throughout the film and was a satisfying payoff. 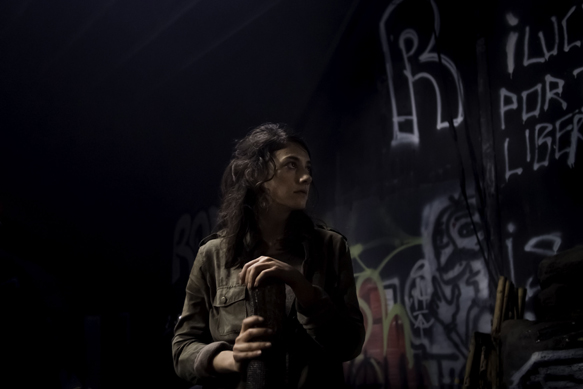 The thick jungle canopy made scenes feel claustrophobic and chaotic, which worked in the film’s favor. The cinematography is beautiful as picturesque nature shots interrupt the bloody action. Of course, no film is without its hiccups. The group that accompanied Guillermo was comprised of very talented actors, including Francisco Barreiro (We Are What We Are 2010, Here Comes the Devil 2012) and Sheila Vand (A Girl Walks Home Alone at Night 2014, Whiskey Tango Foxtrot 2016). Unfortunately, they were a bit underused and could have brought more to the film if they had stronger roles. Also, the dialogue is a bit clunky in a few areas, which is most likely due to the fact that the script was written so quickly. However, there is no doubt that everyone involved with this project has serious talent. Overall, Camino is an intense Thriller with a strong female lead that deserves an audience. CrypticRock gives Camino a 3.5 out of 5 stars. 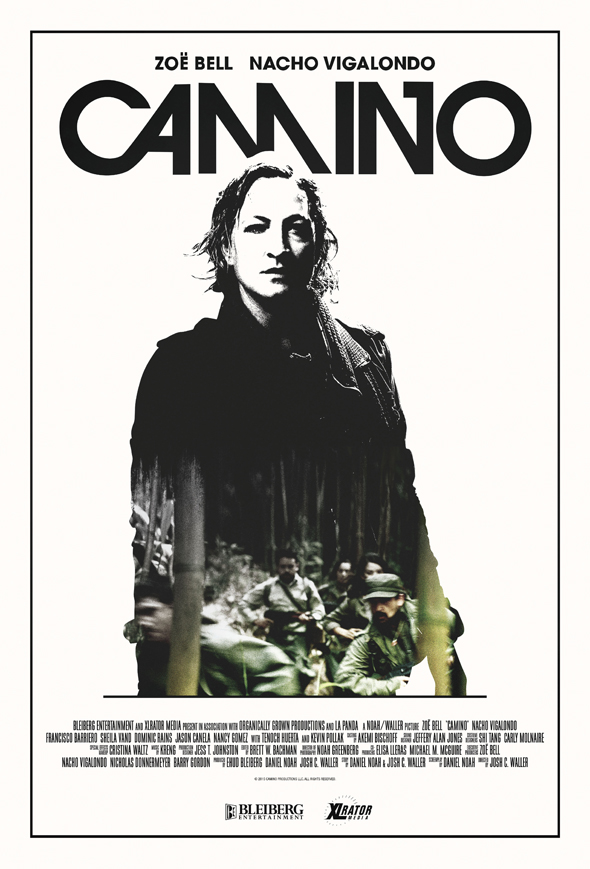