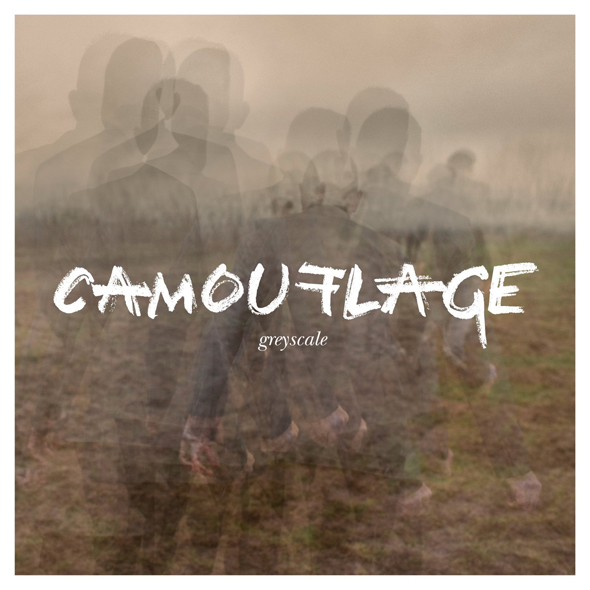 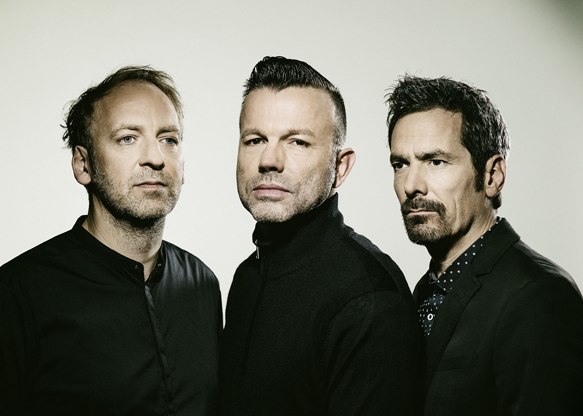 The trio of Marcus Meyn, Heiko Maile, and Oliver Kreyssig formed Camouflage in 1984, in Bietigheim-Bissingen, Germany. They catapulted to popularity in the New Wave/Synthpop scene immediately after the release in 1988 of their debut album, Voices & Images. With the commercial strength of the dancefloor stomper “The Great Commandment,” the introspective “Stranger’s Thoughts,” the ballad “That Smiling Face,” and the black celebratory shade of “Neighbours,” Camouflage fit seamlessly in the league of bands that were already popular during that period whose bulk of music was classifiable under the genre, such as Depeche Mode, The Human League, Orchestral Manoeuvres in the Dark, and Pet Shop Boys.

The synthesizer-dominated, well-textured music of Camouflage is best characterized by its memorable keyboard melodies and the throaty baritone voice of Lead Singer Meyn, patched with a multi-vocal backup and set on a backdrop of steady Dance beat and layers of synthesizer tracks. It intersects with many aspects of the dark phase of  post–1984’s Some Great Reward Depeche Mode, although Camouflage’s sound and lyricism have an even darker and more ominous slant and tone. This may perhaps be attributed to the mysterious and cold cultural ambience of Germany, where the band hailed—a trait that certain fellow German Synthpop bands like Kraftwerk and Celebrate the Nun also bear. Camouflage’s second album, Methods of Silence, followed quickly in 1989, led by the singles “Love Is a Shield” and “One Fine Day.” Three more albums followed in the 1990s—the organic-sounding Meanwhile, the back-to-original-form Bodega Bohemia, and the cinematic and ambient Spice Crackers, best represented respectively by the songs “Heaven (I Want You),” “Close (We Stroke the Flames),” and “Spacetrain;” and two albums in the 2000s—Sensor (“Thief”) and Relocated (“The Pleasure Remains”). The synthesizer-oriented Pop predilection of Camouflage was the element that unifies all of their albums except for the third, which employed actual drums and other organic instruments; and the film-score approach fifth, which featured lengthier songs that were inspired by Science Fiction films. Despite these spikes in the band’s musical terrain, the Soft-Wave quality and lyrical mood of the songs in Meanwhile and Spice Crackers did not really veer away from the band’s overall trademark sound.

Finally, in March 2015, nine years after the release of their last album, Camouflage unleashes their eighth offering. Entitled Greyscale, it opens with the carrier single, “Shine,” an upbeat and poppy track that immediately sets the aural attention of the listener to the familiar sound Camouflage has long been known for—gloomy, brooding, and icy in an atmosphere of synthesizer instrumentation. Following next is the dark and punchy “Laughing,” which is uncannily Depeche Mode-sounding with its groove of 1997’s Ultra song “It’s No Good” and a hint of 1986’s Black Celebration cut “Stripped.” After all, the pioneering English band was one of Camouflage’s primary influences, whose sonic sensibilities have regularly seeped into their music as early as their nascent stage. This tribute mode continues on in the digital pulse of “In the Cloud.” The vibes turn poignant with “Count on Me,” which may be regarded as the ballad version of the album opener, for it bears similar melodies and chord progressions, albeit rendered in slower tempo.

The title track and the song that follows, “Still,” harks to the cinematic adventures of 1995’s Spice Crackers, whereas the driving uptempo “Misery” is a revisit to the organic experimentation of 1991’s Meanwhile. “Leave Your Room Behind” has that sexy Sophisti-Pop swing that may remind the listener of Gregorian’s “Once in a Lifetime” or even U2 when Bono and the Edge are being unabashedly romantic. The loungy piano-led “If….” is flanked by the eerie, short instrumental “Light Grey” and the spacey sway of “End of Words.” This pulsar-evoking imagery flows into “Dark Grey,” the other instrumental track in the album. Finally, Greyscale closes with the soothing, floaty, outer-space beat of “I’ll Find.” “This is the future / Visions of beauty,” sings Meyn. Indeed, a beautiful sonic vision of the future the kaleidoscope of Greyscale is.

Overall, Greyscale may be regarded as Camouflage’s homage to their original synthesizer-heavy and upbeat Pop sound with dips and dashes of every style that they have dabbled with in their entire discography. Long-time fans of the band will certainly embrace Camouflage’s new album in full colors, while new and younger fans may use it as a stylistic-encompassing starting point in rediscovering the music of one of Germany’s Synthpop gems. CrypticRock gives Greyscale 4 out of 5 stars.

You Me At Six – Suckapunch (Album Review) Melissa Etheridge – One Way Out (Album Review)
Like the in-depth, diverse coverage of Cryptic Rock? Help us in support to keep the magazine going strong for years to come with a small donation.