Six-time festival award-winning Candiland, the first Motorcycle Boy Productions feature, certainly has the focus of a film written and directed by the same individual. That individual would be Rusty Nixon (Down The Line, Residue), who has built a character-centric Psychological Horror film in the vein of a small-time Indie film from the late ’90s. 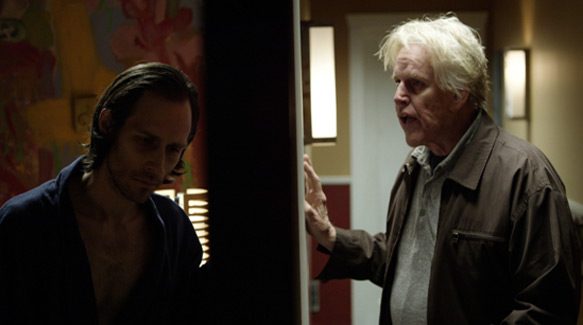 Attaining broad release on VOD and DVD via  Viva Pictures on February 7, 2017, Candiland stars James Clayton (Down The Line 2013, Foodland 2010), Chelah Horsdal (When We Rise TV series, The Man In The High Castle TV series) and the inimitable Gary Busey (Lethal Weapon 1987, Point Break 1991) creating a film that works to varying degrees of effectiveness throughout.

The premise of Candiland is simple; a couple who cannot get along in the world build a retreat for themselves away from it, working harder and harder to retreat inside of themselves as the forces of the outside world (most specifically, the male end of this equation’s father) try to force themselves in. It is spelled out fairly simply early on when one character remarks, “…there are no clocks in Candiland.” What unrolls is somewhat predictable in a macro sense, as it turns into an odd exploration of psychological excesses and absurdities, but there is certainly some surprises along the way in terms of how these things are expressed.

The appeal of Candiland is obvious, and that simple concept helps to define the movie. Unfortunately, it is also that simplicity that often acts as the films ultimate undoing. The risk of doing a very “small” film like this, with very few locations and characters, is that it naturally turns the focus up to a hundred on what is there. An epic can get away with more when the audience’s attention is stretched thin across a thousand moving pieces; a film like this has to be consistently firing on all pistons, or its issues become much more foregrounded and visible. 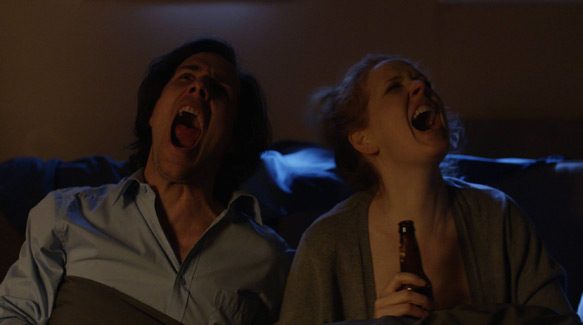 The issues here are Candiland’s blunt force stylistic flourishes actually serve to neuter the power of the film on a moment-by-basis moment. It actually manages to iron out a lot of this in the last third of the film, when it becomes much more comfortable operating in the minor key and the degradation of the characters is relatively absolute, but before that, the film frequently feels far too obvious. The visual indicators is too on the nose, the characters can be too broad, and the worst offender is usually the overly expository dialogue.

It can grate to hear characters do things like solemnly comment to nobody but themselves, “I’m half empty without you. Marine’s don’t cry.” One might argue that for a film that drives quickly into a dramatic tailspin thematically, this might actually work. Although, the obviousness of it all detracts from the reality of what the audience is seeing, actually making it seem more plastic and artificial than what would be effective.

Another argument might also be that a film featuring the talents of Gary Busey could only benefit from wallowing in the broad and the crazy, but strangely, Busey is actually often one of the only actors in the film playing the script straight, and it is no coincidence that his character becomes the most magnetic in the film. Ironically, Busey feels more natural playing a bug-eyed-but-generally-human father than the other actors feel trying to pass for detached and broken people. 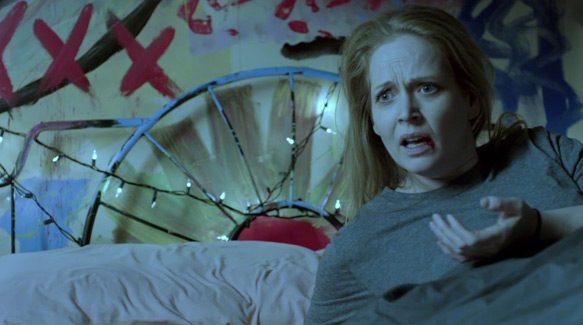 As previously stated, a lot of this gets ironed out by the last two thirds of the film, and the performances of Candiland actually begin to shine around there. James Clayton and Chelah Horsdal, like a lot of the film’s tertiary characters, initially come across acting like quirky people one might see in movies. This is rather than legitimately being different people who happen to be in a movie, but they become more convincing with time. This is aided greatly by their physical transformations, and particular praise is to be had for some of the make-up work here. By the end of it all, there is a legitimate emotional punch to the proceedings, and the actors are no small part of that at all.

It is just a shame that it often feels like the audience has to wade through a lot of misfires to get there. There is a lot of interesting content to Candiland. Often, it’s skewed reality comes off exactly as intended – it is just weighed down by the many moments where the strings are too apparent, and the audience consequently unable to get as invested in proceedings as the film would like. For this, CrypticRock gives Candiland 3 out of 5 stars. 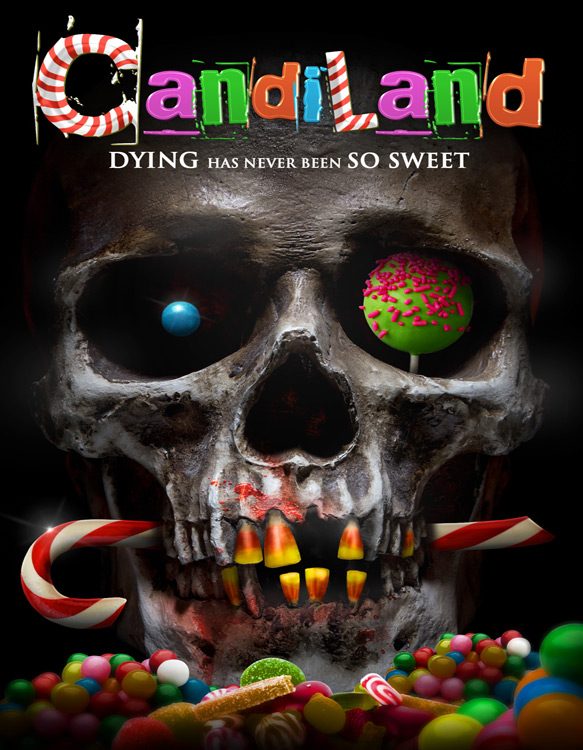