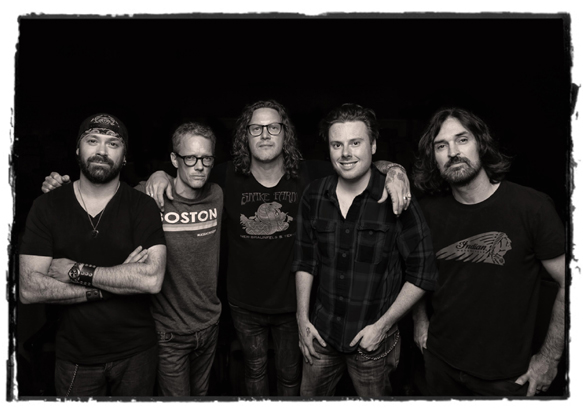 With a brand new excitement from a new lineup, Alternative Rock band Candlebox are bringing forth a new direction and diversity to their music in 2016. From a band that has witnessed multi-platinum success with a career that has spanned over twenty five years and six studio albums, now is the time that it seems Co-Founder/Lead Singer Kevin Martin has waited for. Originally forming in Seattle, Washington back in 1991, Martin and Scott Mercado (drums) soon added Peter Klett (guitar) as well as Bardi Martin (bass) to form a band headed for big things. Signing on with Madonna’s record label, Maverick, they released their self-titled debut in 1993, a record that would quickly launch them into stardom. Going quadruple platinum, the debut was anchored by mega songs “Far Behind” and “You.” Candlebox would continue its success with Lucy in 1995, which became certified Gold, followed by 1998’s Happy Pills, but then due to label issues, the band would break up indefinitely.

Finally, when the dust settled, Candlebox regrouped in 2006 and have been back for good ever seen. A welcomed return by fans, they put out Into the Sun in 2008 and Love Stories & Other Musings in 2012. Amidst touring, life changes, and everything in between, Candlebox lives on with Martin, Drummer David Krusen, Bassist Adam Kury, as well as Guitarists Mike Leslie and Brian Quinn. With that comes a new beginning for the band in the form of their sixth studio album, Disappearing in Airports. Released on April 22nd via Pavement Music, Martin stated, “I want to take Candlebox into a new world, and this record is very different, very diverse for us.”  For those interested, the title and cover art of the album came from Martin’s artist and friend, the late Scott Fischer, who heard the songs on the album and creating his piece of art representative of how he interpreted the record. Now fans get a chance to hear exactly what this new beginning of Candlebox is all about.

The opening track, “Only Because of You,” sets the tone for the whole album. With an upbeat guitar riff, and steady drum and bass, along with a strong melodic performance by Martin, listeners will hear a shift in Candlebox’s style highlighted by an extremely catchy chorus. Next comes their current radio single, “Vexatious,” a title which is a Martin-created word. Featuring a Pop Rock vibe with a killer heavy guitar solo accompanied by a rolling drum and steady bass performance, it is a song with a strong message about how social networking has taken over the world we live in, making society very me-centric. A pull no punches track, the lyrics Martin offers provoke the truth that traditional means of getting to know people is dying off. Next comes “Supernova,” which has a very Jimi Hendrix guitar vibe. Going for a more Pop Rock sound during the chorus, Martin sings with a sensual air about him, as he pays tribute to his “muse,” his wife.

In any true Rock ballad form, “Alive at Last” provides some beautiful vocals and uplifting guitar solos. The topic may seem somber since it deals with individuals who are on the brink of leaving this world, but there is still some hope and beauty that can be found interwoven in the music. Never one to shy away from expressing his opinions, Martin takes on the right to bare arms on the cut “I’ve Got A Gun.” Beginning with media clip about stories of people who were shot and killed, this Hard Rock song provides an intense message that it may be okay to bare arms, but the mass shootings and lives that are carelessly taken need to end.

True to Candlebox’s roots, “I Want it Back” and “The Bridge” are two songs that draw a more 1990’s Grunge sound. First, “I Want It Back” has a reminiscent vibe of the Foo Fighter’s “EverLong.” This is while “The Bridge” offers some classic guitar, drum, and bass mixed together with some badass vocals. Then, coming on with a solo guitar accompanying a melodic vocal performance by Martin, “Spotlights’ is a beautiful song featuring back up vocals during the chorus and a lead guitar solo that brings the song full circle.

As Disappearing in Airports winds down, “Crazy” is what many would consider a typical Hard Rock love ballad. However, it provides a unique melodic vocal performance from Martin, but has back up vocal accompaniment. There is a bit of a Techno feel at some points and even some Punk. Then, Martin takes on Kanye West in a song inspired by the rapper called “God’s Gift.” Taking a jab at the man who seems to think of himself in grandeur, this Punk vibed track adds a perfect backdrop for the lyrical content. For those who purchase the physical Compact Disc edition of the album, this would be the end, but those who purchase it digitally, there is one more track. For the digital consumer, the album closes with “Keep on Waiting” where Martin providing some growl like vocals on occasion mixed inside with this upbeat bluesy style song.

Disappearing In Airports may not be the typical Candlebox album fans of the band would have expected. However, Candlebox fans will be happily surprised to listen to this new album because it possesses an edge and style that is lost in much of Rock music today. Every track has its own unique style and not one sounds like the other. If an artist is going to make a change, it should be able to hold up or surpass the artist’s previous work. In this case, Candlebox has succeeded. CrypticRock gives Candlebox’s Disappearing in Airports 4.5 out of 5 stars. 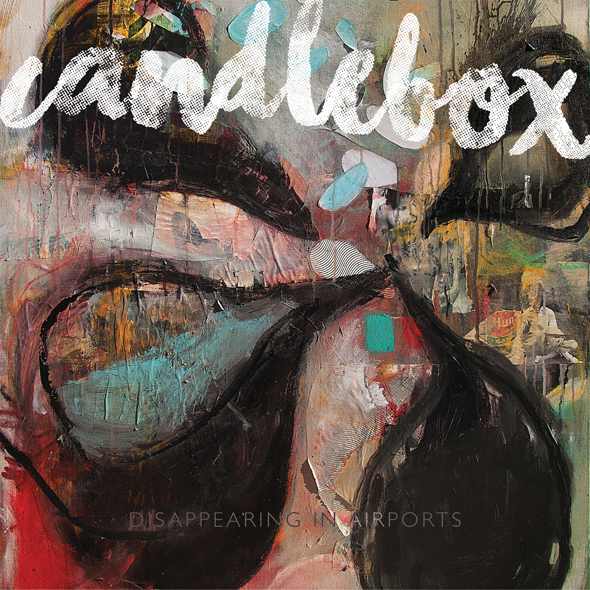