Band lineups change through different eras of their musical life; however, it is seldom that any ever go back to their original members nearly forty years later. In the case of Sweden’s own Doom Metal masters Candlemass, they have done just that with Vocalist Johan Längqvist returning to join original guitarist Mats “Mappe” Björkman and Bassist Leif Edling, as well Guitarist Lars Johansson and Drummer Jan Lindh (both mainstays since 1987).

In case anyone has forgotten, the Längqvist era pre-dates the whole intriguing time where Messiah Marcolin led the band on vocals from ’86 to ’06. An intriguing, as well as surprising return, the rejuvenated Candlemass first released The Door to Doom in 2019 with Längqvist, but now return with him in 2022 with their latest album Sweet Evil Sun.

Released on November 18, 2022 through Napalm Records, it is safe to say that Candlemass has brought their roots back into the flames once again. As far as the vocalists’ history of the band goes, there have been six, and two others that have stood out – Messiah Marcolin and Mats Levén. Both have undeniable unique, powerful vocals as well as a stage presence that goes above and beyond the call of duty. Nevertheless, Längqvist’s return to the band does very much fit the bill. This in mind, without going any further, Sweet Evil Sun is certainly a great contribution to the broad discography of Candlemass.

Diving into the new album, “Wizard of The Vortex” immediately hits you as an undeniable Candlemass song. There is just no Doom Metal quite like Candlemass, and it is clear they picked some great influences to brand together into their own style; this includes Black Sabbath, Venom, and Mercyful Fate. Next up the title-track fulfills the goal of bringing old school Candlemass styling even more to the front of the theater in 2022. This is while “Angel Battle” offers some of the most energetic moments on the album. Feeling quite Black Sabbath influenced, it holds its own with various melodic shifts, doomy guitar solos, and an ending sermon that is certainly unexpected.

Moving midway into the album, “When Death Sighs” has a unique harmonized vocal duet between Längqvist and Jennie-Ann Smith of Avatarium (a band which once included Leif Edling). Then “Scandinavian Gods” is yet another ode to the history and culture of Candlemass, while “Devil Voodoo” dishes out more catchy melodies, doom-based vocals matched with some interesting heavy hitting drum beats and flourishing guitar riffs. Seven plus minutes in length, “Devil Voodoo” also definitely serves as the album’s ballad experience, but also while being one of the most appealing in terms of outside of the box musical structure. Lastly, near the end, “Goddess” is another lengthy banger of repetitive doom riffs and stellar, strong vocals, while the short one-minute “A Cup of Coffin” closes out the journey nicely.

One of Candlemass’ best attributes is that they can convey Doom Metal in such a sinister way that keeps you very intrigued. With vocals, lyrics, and dark, evil, church vibes that are never dull, they mix the best of the best styles to excel on their own. Going so deep back into their roots, but not quite dating themselves to that time, Candlemass also has seemingly attracted a younger generation to old school Scandinavian Doom Metal. Good to see, let’s hope it does not discredit the modern era vocals and melodic arrangements that Mats Levén also accomplished with Candlemass.

Overall, there really is no bad period in history when it comes to Candlemass. Always reinventing themselves, Cryptic Rock gives Sweet Evil Sun 4 out of 5 stars. 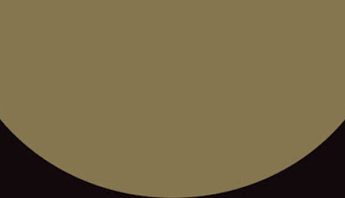 The Cult – Under the Midnight Sun (Album Review)
Like the in-depth, diverse coverage of Cryptic Rock? Help us in support to keep the magazine going strong for years to come with a small donation.