Daring anyone to say his name five times, the Supernatural Horror film Candyman entered theaters back on October 16th of 1992. Now celebrating 25 long years, the Bernard Rose written and directed Candyman is arguably one of the Horror films of the ’90s era. 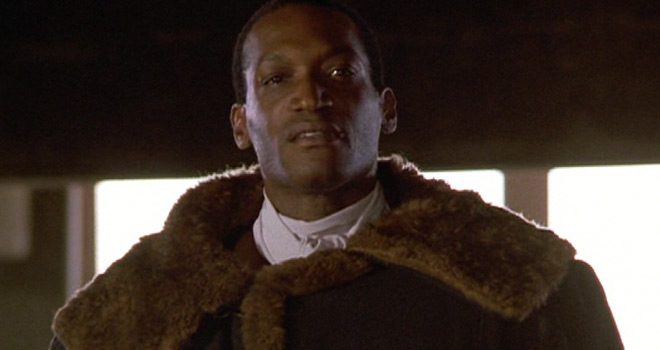 Released by Tristar Pictures and Polygram Film Entertainment, Candyman plays on the premise of the Bloody Mary legend. That said, how many of us actually believed it to be true, stopping midway before completing the chant? By now, most believe that this is really just the stuff of myth, but the concept surrounding it is still something that is truly frightening. Our fear lies in the fact of what could really happen if a murderous spirit were to appear after chanting their name five times and the small possibility that if it were real would we really die.

Initially making its world premiere at the 1992 Toronto Festival of Festivals on September 11th of that year, playing as part of its Midnight Madness lineup, the film would feature a production staff including Clive Barker and Steve Golin. Based on Barker’s short story The Forbidden, Rose took on the task of writing the screenplay, moving the story’s location from the original setting of Liverpool to Cabrini–Green on the northside of Chicago.

Made on an estimated budget of 8 million dollars, Candyman drew in approximately 25 million dollars at the box office, making it a surprising box office success. So why was the film such a hit? Simple, Candyman took the aforementioned urban legend’s fears and brought them to life at the hands of amazing production and acting. Making the situation quite real, at times, it puts audiences somewhat over the edge, even long after the film has concluded.

Interestingly enough, prior to production of Candyman, many criticized the film as riding too close to depicting racist situations or portraying racial stereotypes. Rose later commented in a 1993 interview with The Independent, stating, “I had to go and have a whole set of meetings with the NAACP, because the producers were so worried, and what they said to me when they’d read the script was, ‘Why are we even having this meeting? You know, this is just good fun.’ Their argument was, ‘Why shouldn’t a black actor be a ghost? Why shouldn’t a black actor play Freddy Krueger or Hannibal Lector? If you’re saying that they can’t be, it’s really perverse. This is a Horror movie. . .”

Playing the lead role of Helen Lyle, Actress Virginia Madsen also stated pre-premier to the film to The Tribune, “I was and am now worried about how people will respond. I don’t think Spike Lee will like this film.”

As mentioned, initially based on Barker’s The Forbidden, only small nuances were changed to fit the context of this American Horror classic. In the same 1993 interview with The Independent, Rose had scouted out many locations, but Chicago seemed to fit the best, stating it was an “incredible area for a Horror movie because it was a place of such palpable fear.” He also stated that out of all possible filming locations, he found Chicago to be the easiest location to film in. It can also be said that Rose picked a perfect location for putting racial issues into play without it being over pronounced to the point where the premise is lost. 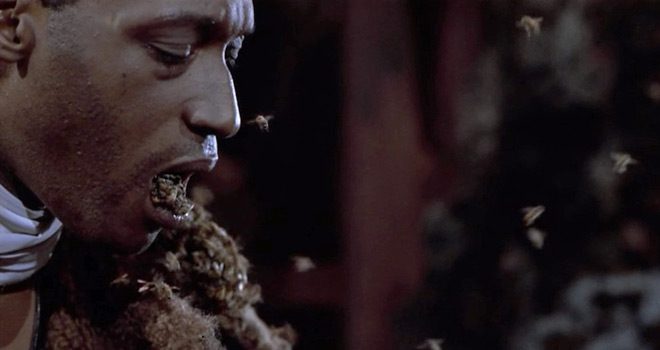 When it came to actors, before Horror icon Tony Todd was even a thought, Eddie Murphy was thought of to play the lead of this menacing role, but the filmmakers simply could not afford him. This left the directors to look for someone else to be cast for the role of Candyman, hence bringing in Todd. In a 2016 interview with CrypticRock, Todd stated, “When you have a combination of Bernard Rose and Tony Richman behind the camera, Philip Glass, the lovely Virginia Madsen, Xander Berkeley, using Chicago as a backdrop and Cliver Barker with the original story, you can’t go wrong.”

This in mind, Todd’s impactful performance as Candyman later became one of the most spectacular performances of all-time in a Horror film, earning his place in the realm of memorable Horror villains. Although, Todd said he did not initially feel the impact of playing Candyman until a few years later, telling CrypticRock, “It was weird, it took about 2-3 years before they started playing it on cable. Then, one day, the moment that I realized, my daughter and I were doing Christmas shopping in Ohio. We were in the mall, and people kept coming up to us saying, ‘Candyman.’ She put her little bag down and said, ‘That’s not Candyman, that’s my dad!'”

Aside from great setting, directing, filming, and character performances, Philip Glass also earned his place for making one of the best and memorable scores for a Horror film. In fact, Glass still gets paid every year for the track, since it has also become an instant Horror music classic. 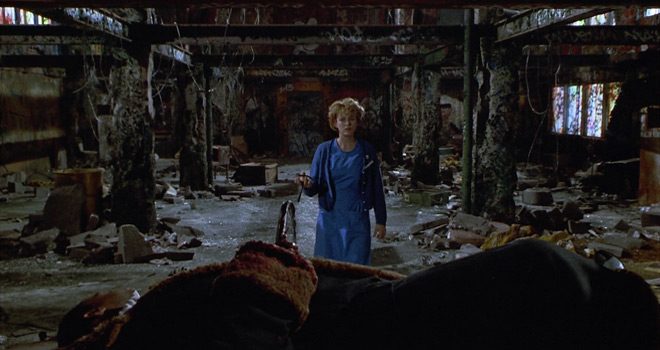 As a film overall, Candyman rid itself of painful clichés such as the undefeated villain chasing defenseless brainless idiots and allows for the audience to get behind an original cerebral Horror experience. It takes viewers on a wild and intense ride with an ending that gives all the answers to questions raised, but not an ending that is shoved down one’s throat for the sake of impactful endings.

Candyman also does what other Horror films have failed to in recent years – deliver a fantastic Horror product from start to finish without diminishing an hour prior to the credits role. This film was an ambitious project that terrifically combines racial issues and the world of Horror into one scary and original piece. It caught on so well it inspired two sequels – 1995’s Candyman: Farewell to the Flesh, and 1999’s straight-to-video Candyman: Day of the Dead – both of which saw Todd return to reprise his role as Candyman.

Overall, Candyman is a work of art that continues to inspire current Horror films such as Get Out. Rightfully dubbed by many one of the greatest modern Horror flicks, it still delivers an amazing, terrifying experience that rarely has been contested after 25 years. 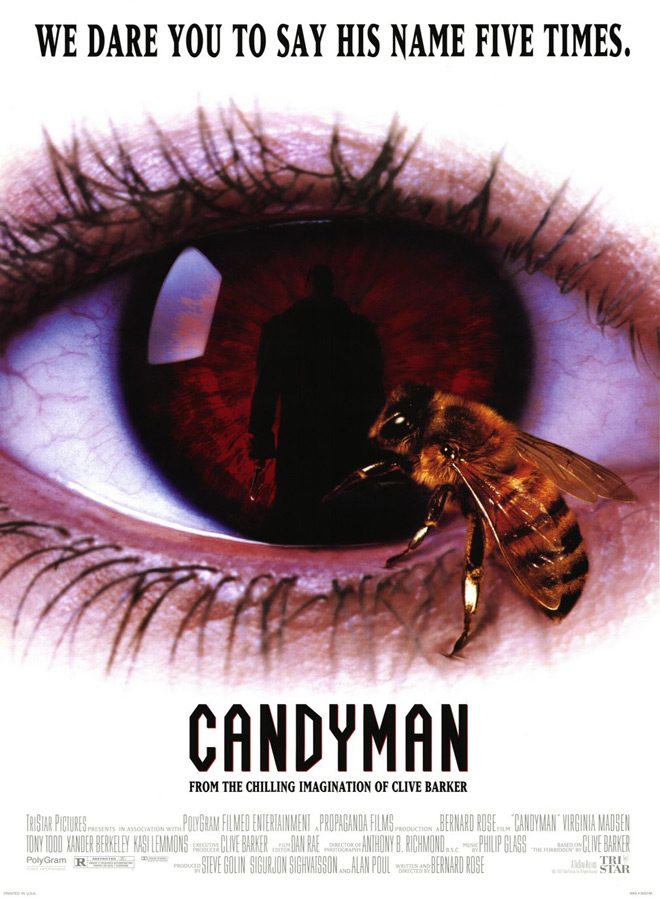