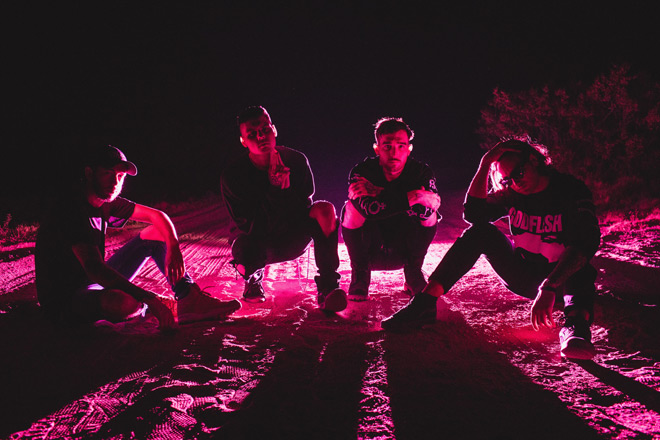 Incendiary sonic chaos is unleashed by N’awlins’ own Cane Hill on Too Far Gone, a time-bomb set to self-destruct with hostile intentions on Friday, January 19, 2018, thanks to Rise Records.

Metalheads Cane Hill formed in New Orleans, Louisiana in 2011. Wasting absolutely no time in conquering the world, by 2015 the boys were signed to Rise Records and shared stages with the impressive likes of Superjoint Ritual, Atreyu, Insane Clown Posse, Bullet For My Valentine, Asking Alexandria, Stick To Your Guns, and current European tourmates Motionless In White, to name but a few. Oh yeah, and they performed on that Warped Tour thingie that you might have heard of. Their debut disc, Smile, arrived in July 2016 and the rest has been a true whirlwind for these Southern gentlemen.

With 2018 only just begun, Cane Hill – Vocalist Elijah Witt, Guitarist James Barnett, Bassist Ryan Henriquez, and Drummer Devin Clark – are already promising one killer New Year with Too Far Gone, their sophomore full-length studio release produced by Drew Fulk (Motionless In White, Fear Factory). The ten-song offering at once evokes thoughts of 1990’s Grunge, 2000’s Nu Metal, Slipknot dropping acid with Pantera, all entwined into something that the band themselves have termed “swamp grunge.” What that means here is a deliciously nostalgic approach to aggressive, blistering Metal that promises nothing while pointing the middle finger at everything.

The album explodes into namesake track and first single/video “Too Far Gone,” an assaulting, yet candid exploration of the band’s dangerous flirtations with LSD that, thankfully, were a short-lived affair. Second single/video “Lord of Flies” continues the uncontrollable rampage, injecting an infectiousness into a lyrical journey through the imperfect facade of humanity. Do you hear that, Piggy?

The boys continue their sludge-fest while owning up to their self-created nightmares with “Singing In the Swamp,” an honest glance at the graves we dig for ourselves each day. While the languid, bass-heavy “Erased” is a melancholic glance into mental deterioration, equally caustic bass-lines anchor “Why?,” an invitation into the funktastic darkness and a delicious example of this nostalgia-inducing, yet brilliantly modern quartet. Do be sure to download this one!

Sludgy stomper “It Follows” drowns out Witt’s admission that he is a tried-and-true troublemaker with vicious sonics worthy of the scariest of Horror flicks. Meanwhile, pulverizing “Scumbag” is a no-holds-barred unleashing of anger that flows into the grudge match “Hateful,” waving the flag of hostility.

As they near their conclusion, Cane Hill lament the loss of heroes in “10¢,” ten pennies for their thoughts on the state of our dwindling world. This leaves them on the doorstep of ultimate destruction, with the superbly apropos album closer “The End.,” a midnight rendezvous between The Doors and Ded, digging up mayhem in the name of violence.

Some bands make a lot of noise, but it somehow all rings hollow: for Cane Hill, there is a personal fracas behind the ruckus. Candid and honest, insightful yet hostile, these Southern gents blend some of the very best finery of 1990’s Grunge and 2000’s Nu Metal, creating a fusion of blistering heaviness alongside the sludgiest of Metal molasses, a sound that is entirely Rage Metal. With ten sucker-punches to the jaw, Cane Hill present their case for hardcore hostility and malevolent mayhem on Too Far Gone, a necessary addition to any Metal lover’s collection and highly deserving of 5 of 5 stars. 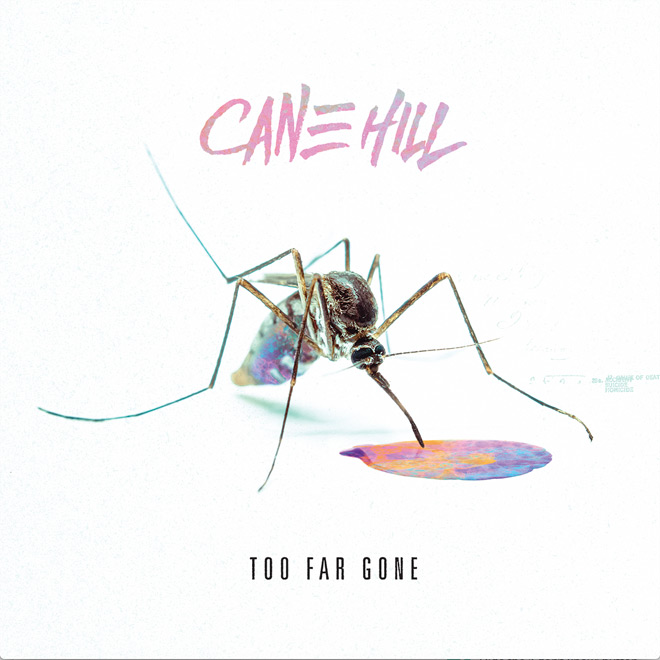