Set to be released to VOD platforms on January 2nd Cannibal Farm is one of the newest films from High Octane Pictures. An early entry to the Horror genre in 2018, the film stars Kate Marie Davies (The Antwerp Dolls 2015, Deadman Apocalypse 2016), Barrington De La Roche (The Throne 2015, London Fields 2017), David Lenik (Deadman Apocalypse 2016, Winterskin 2018), Rowena Bentley (Eat the Rich 1987, Winterskin 2018), Toby Wynn- Davies (Dogged 2017, Waste 2018) and Peter Cosgrove (Gaelic King 2017, Grainne Uaile 2018). This multiple massacre, chainsaw-toting Horror offering is brought to you by Charlie Steeds, who not only directed the slice-and-dice flick but also wrote it as well. Steeds is known for his previous work on Deadman Apocalypse as well as the upcoming Winterskin. 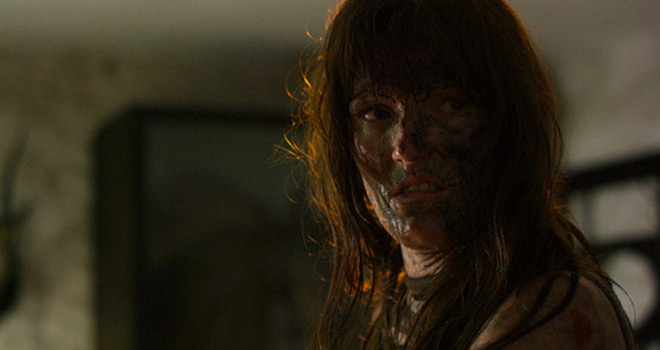 In this gruesome Thriller, a family out on vacation looking for the ultimate outdoor experience encounter more than what they bargained for. With nowhere to go and no one to help them, they are left to fend for themselves in a bloody game of desperate survival. Of course the pertinent question here is who will be the one to make it out alive?

One thing that has to be mentioned when talking about Cannibal Farm is that not only is it a combination of some of the most sadistic and gut-wrenching films to ever grace the silver screen, it also possesses some of the most intense emotion to grace the screen in a long while. It is a raw and animalistic film, yet it is also filled with a strange and unusual kind of compassion.

Normally movies like Cannibal Farm are grizzly and not for the faint of heart, but this film hits many nerves besides the ones that associated with unhinged violence and sadistic brutality. For a moment, this movie tugs at the heart-strings, if you will. This fact might sound completely absurd when it comes to a Horror movie showcasing a cannibalistic family, but it is true: during some really intricate scenes, you really feel for and sympathize with the characters at hand. 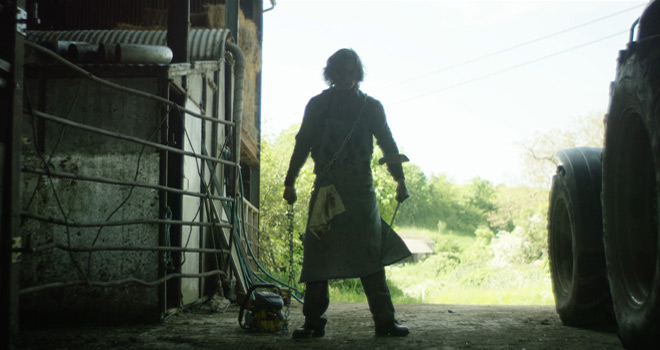 Not only does this movie send you on a emotional roller coaster, but it has some really gory and straight-up gnarly death scenes, as well. What makes the kill scenes especially great is the lead-up to these gruesome events that take place during Cannibal Farm. After all, who doesn’t love a good cannibalistic scene or two in a Horror movie? Of course it helps when the eating of humans has a part to play, aside from simple shock value. Clearly, this is a film that is not only gut-wrenching to watch at times, especially for those of you that are more sensitive to the ritual of flesh mastication, but it can also be heart-wrenching. Again, the content embedded in this great script makes this possible.

Most of us Horror fans grew up watching your everyday slice and dice, chop ’em up and serve them to the unsuspecting passersby type movies in our twisted teen years. Which, lets face it, if any of us are amused by the aforementioned activities, we cannot be at fault for being completely normal. So those of us weirdos who know and love flicks like 1980’s Motel Hell, 1974’s The Texas Chainsaw Massacre, and the more modern cult classics like 2003’s House of 1,000 corpses will adore Cannibal Farm, which happens to be all of these classics rolled into one. There are farms and murder, family and vengeance, mayhem and carnage, and let’s not forget a little bit of chainsaw action and pitchfork play.

One of the best elements of any film are its actors: these are the people that are at the very core of what the audience feels and reacts to; they sell the plot, no matter how insane, to the viewer. The ensemble cast of Cannibal Farm do a killer (pun intended) job of relaying the story here and portraying the vast array of emotions inherent in their characters’ situations. In fact, there is no need to single out any one cast member when they have all managed to pull their own weight without hesitation, creating a solid and enjoyable, if terrifying, tale. More than likely the key to get a cast to work at this magnitude is familiarity and being comfortable in their environment, and with many of these actors having worked together previously, as well as with director Steeds, circumstances appear to have been ripe for harvesting the very best performances from the cast; which, in turn, makes for a great picture. 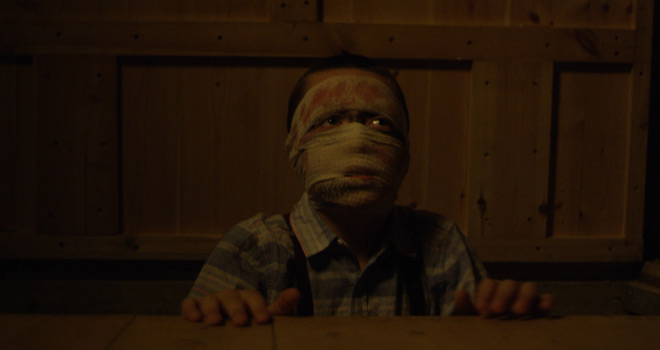 A bloody good slice and dice, murderous mastication-fest, Cannibal Farm had some of the best Horror elements  that have been decidedly overlooked and lacking in films of recent years. With its feet planted in devious good times of the past (think The Texas Chainsaw Massacre and House of 1,000 corpses), this is a truly great film for die-hard Horror fans and a killer beginning to 2018. For these reasons, CrypticRock gives Cannibal Farm 4 out 5 stars. 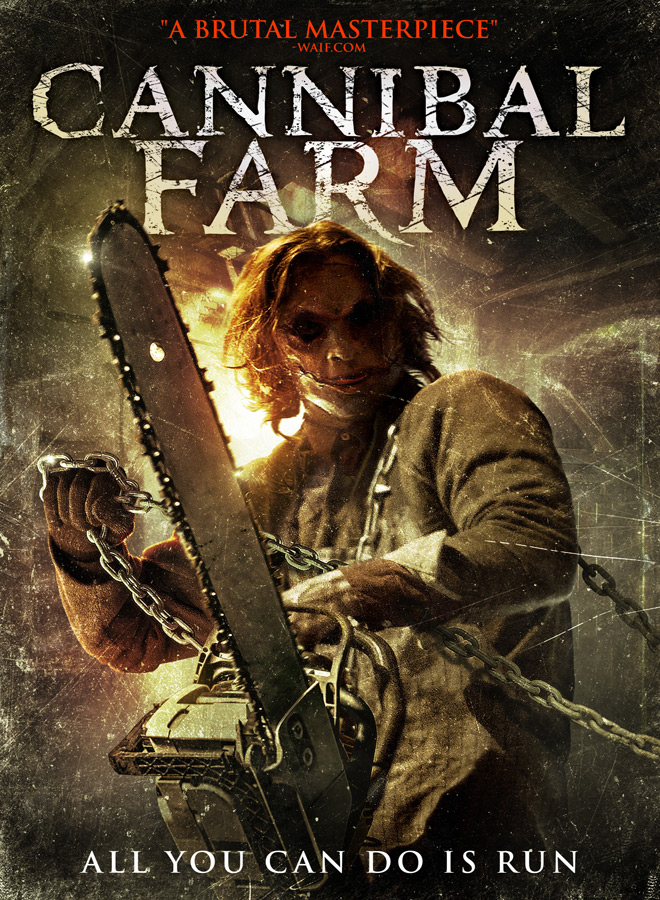