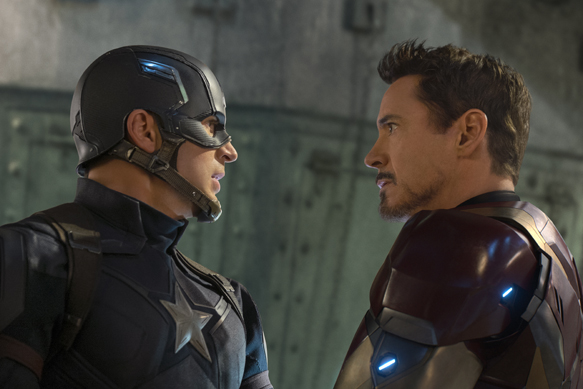 With many people fearing the actions of superheroes, the government decides to push for the Hero Registration Act, claiming that their actions must be kept in check. A guilt ridden Tony Stark is quick to agree, but Steve Rogers feels that saving the world is daring enough and that they cannot rely on the government to protect the world. The disagreement escalates into an all out war between the Avengers, both parties recruiting new members to stand for their cause. Distracted by their own feud, an unexpected villain emerges, plotting to destroy them from within.

Although the story was directly in line with 2015’s Avengers: Age of Ultron, and 2014’s Captain America: Winter Soldier, Captain America: Civil War really brought a lot to the table to stand out on its own. It circled around the elements of vengeance and friendship, both ending with dire consequences. These conflicts brought up moments that were very real, planting human emotions into these super beings. The end scene with Iron Man and Captain America is both touching and heartbreaking. Robert Downey Jr. (Iron Man series, Avengers series) and Chris Evans (Snowpiercer 2013, Fantastic Four series) are married to their roles at this point of their career, and both portray the emotions of their characters beautifully.

Another flawless performance was done by Daniel Bruhl, who played the villain Zemo. His role was not your typical bad guy, out for fame or power, but straight vengeance, carrying a story that was understandable to his pain. Each step of his revenge was well-thought-out, deeming him just as dangerous as any super villain we have seen thus far. 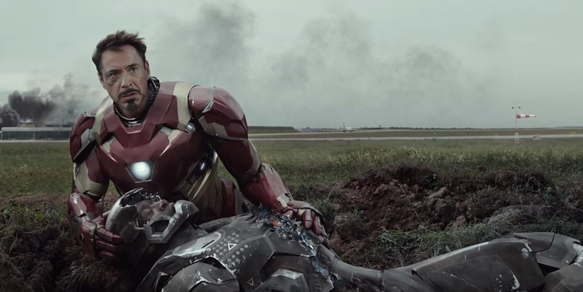 The most talked about scenes amongst fans were the new characters, Spider-Man, aka Peter Parker (Tom Holland: The Impossible 2012, Wolf Hall TV series), and Black Panther, aka T’challa (Chadwick Boseman: Lincoln Heights TV series, Gods Of Egypt 2016). Both brought strong elements to the ongoing super hero story, delivering just enough to highlight themselves without breaking away from the main plot. Both of these characters are expected to be the next solo projects of the Marvel World in the near future, much anticipated by fans.

Another portion worth mentioning is the developing relationship between Vision (Paul Bettany: The Avengers 2012, Avengers: Age of Ultron 2015) and Scarlet Witch (Elizabeth Olsen: Godzilla 2014, Avengers: Age of Ultron 2015). Comic readers more understand the significance of this, as they are both expected to be stronger characters in future projects. Once again, without taking away from the said plot, both had enough spotlight to stand out without revealing too much, and it will be interesting to see how their relationship will progress.

Of course, no Comic related movie would be complete without action, and Civil War had plenty. The most excitement was drawn from the airport scene, every character involved, defending their teams cause. The scene had a perfect mixture of humor and awesome combat, Giant Man and Spider-Man’s gimmicks to name a few. This eventually escalated into much darker moments, an act of betrayal filmmakers found to be crucial to the story. 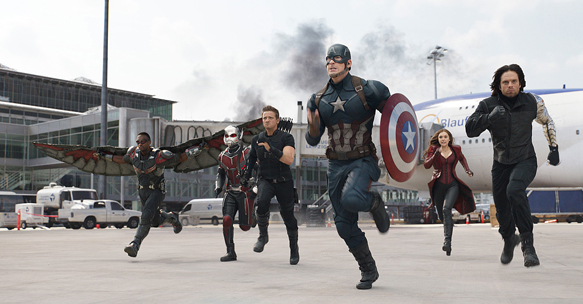 Like most movies, there were changes along the way from script to screen. Originally, Iron Man had a much smaller role, but Downey Jr. apparently asked for more screen time. It was questionable at first whether or not Marvel would get the rights from Sony regarding Spider-Man, and eventually chose to build up Black Panther more, putting time and detail into costume and fight choreography. When they actually received the go ahead, the idea to keep both was more appealing, a strong reason on why it is the longest Marvel movie to date at 2 hours and 27 minutes. This idea proved more than worth it, fans accepting both Holland and Boseman with nothing but open arms and applause.

Although a small chapter within the Marvel Universe, Captain America: Civil War was a huge success, grossing just under 180 million dollars in its opening weekend. It pushed new boundaries, delivering a cinematic adventure that was exciting and fun. It also left many doors open to set up future projects, even more so than its predecessors, raising more questions than ever before. Needless to say, fans have a lot more to look forward to, and the Marvel World is continuing to make every second worth it, one movie at a time. CrypticRock.com gives this movie 4.5 out of 5 stars. 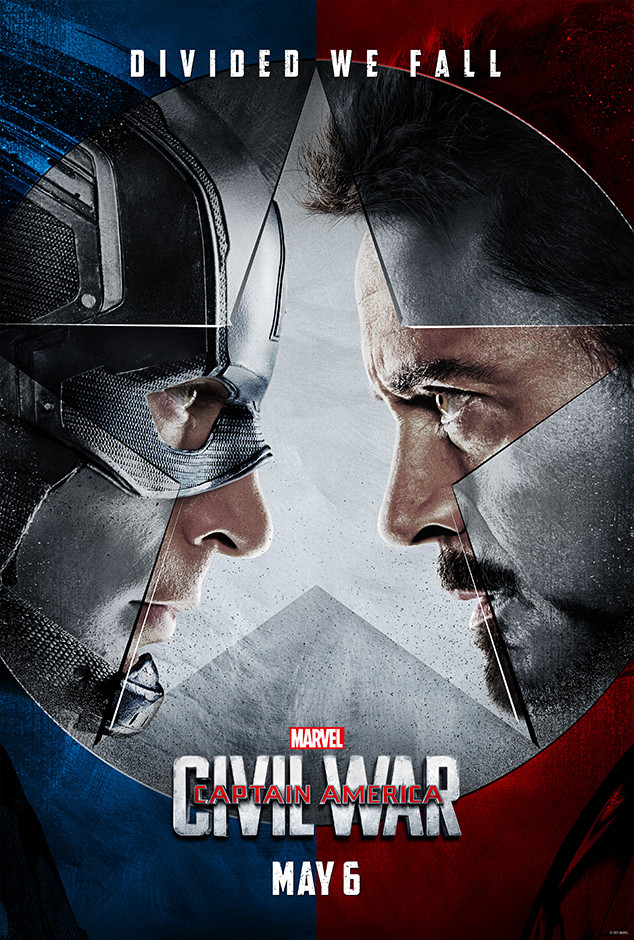