Carach Angren – Dance And Laugh Amongst The Rotten (Album Review) 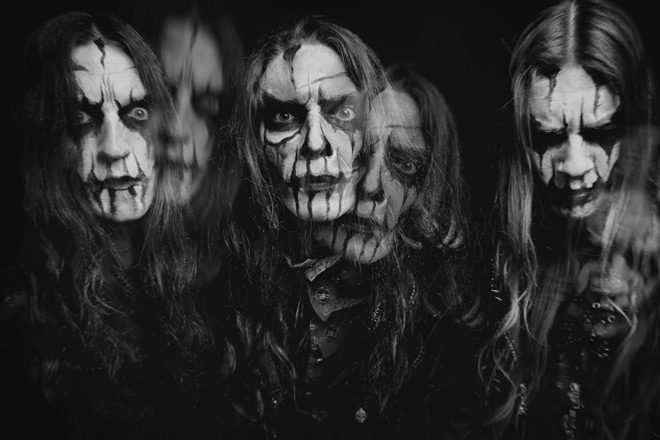 The ideology of a concept album, while dated, in today’s modern world only adds to the musical qualities themselves. Especially true when referring to a Symphonic Black Metal band, it is not far fetched to expect a noteworthy concept album from acts including Netherlands based Carach Angren. Often cinematic in their approach, Carach Angren look to strike gold again with their fifth studio album, Dance And Laugh Amongst The Rotten, set for release June 16, 2017 via Season of Mist.

A rare Black Metal trio, they came together from a couple of other bands back 2003 and, after releasing their debut album Lammendam in 2008, they have continued to run off the grid with much success. The core members consist of Dennis “Seregor” Droomers on vocals/guitars, Clemens “Ardek” Wijers on keyboards/orchestration, and Ivo “Namtar” Wijers on drums, one of the most interesting features of Carach Angren is that Seregor enjoys giving his all to the vocals in a live setting, often hiring a session guitarist and at times a violinist. That said, the theatrics are well at play on a studio recorded level as well as in a live setting. The other most interesting and unique characteristic of Carach Angren is that often times their lyrics change languages multiple times, although, they usually keep an English base. In the land of otherworldly Heavy Metal, such as the Symphonic Black Metal variety, there is always plenty of room for praise among singers who sing strongly in a language that is not their own.

As for the new album, Dance And Laugh Amongst The Rotten begins with a beautifully serene instrumental intro that invokes a Gothic mystery tale of epic proportions. This immediately straps listeners into their seat, ready for wherever the journey takes them. Drawing into “Charlie,” they offer a song with a haunting structure of Black Metal riffs and eerie vocals with spiritual orchestration. Going back to the theme, Dance And Laugh Amongst The Rotten’s concept stems from a girl’s obsession with a Ouija board that seems to bring quite the colloquium of spirits forth for the exploratory conundrum. This in mind, “Blood Queen” invokes an array of excitement as it describes a story of an infant in distress. Accompanied by some eloquent violin work sporadically located through the latter part of the track, it is a noteworthy highlight.

On with the story, “Charles Francis Coghlan” is full of waves of peril and recourse that include a submersion into a diligent piano solo that takes the listener on a sea-bearing adventure. Naturally, it is followed by an ode to those lost to the land of the living called “Song For The Dead,” which carries a prominent Black Metal tone. Then begins “In De Naam Van De Duivel,” a cut which is overbearing in a righteous way with a climax of fortitude and displacement. This is where language comes and it is full of heavy undertones and creative Black Metal drumming mixed with unusually timed orchestrations. As the longest song on the album, running over six minutes, it fails to disappoint.

Dance And Laugh Amongst The Rotten’s melding journey corrupts the listener in a way such as a series of movies, think Pirates Of The Caribbean or The Lord Of The Rings. Utilizing such qualities, it really is fascinating how they manage to tell such a long and intricate story on an album averaging a forty-five minute span. Speaking of which, one most successful storytelling tunes comes with “The Possession Process,” which capsizes over the entire feature of 1973’s The Exorcist, 1982’s Poltergeist, and 1988’s Beetlejuice combined while providing a better score in the process. While whispered vocals and chanting keyboards sooth the awoken soul to the point of rejuvenation, the game is on with the ninth and final track, “Three Times Thunder Strikes,” providing listeners with a very enchanting conclusion. Launching as a sort of fast and furious Black Metal battle, it gradually settles for a committed salutation.

As an open-minded observer, a casual listen to Dance And Laugh Amongst The Rotten can be taken simply as a fruitful Carach Angren album enjoyed forwards, backwards, or sideways. Although, the extra treat in play is that the listener can also dive in deep to experience the story from start to finish in all its Gothic and hauntingly theatrical glory. It is very highly apparent that Carach Angren is still at an exaggerated peak in their career, which honestly would be difficult to top at this point, yet the band challenge themselves. Bound to be a well received album, the next tour is highly welcomed as it seems every viewing is better than the last with their constant build-up of talent as well as storyline. Without further possessive anticipation, CrypticRock gives Carach Angren’s latest adventurous album 4.5 out of 5 stars. 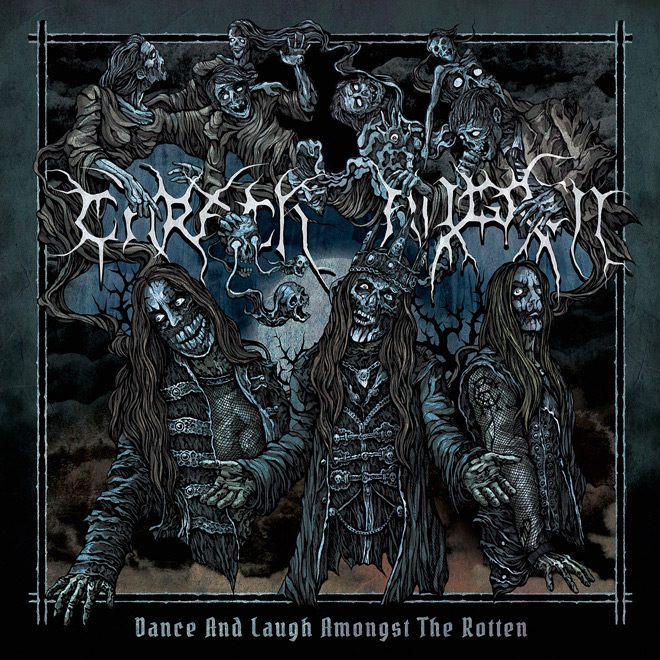