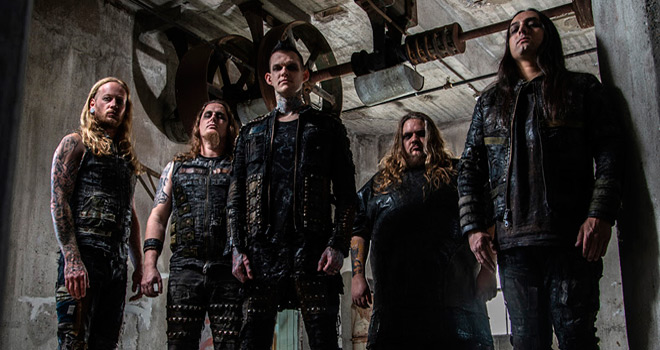 The end of life as it is currently known is a complete cease and desist of progress and evolution. From the French Astrologer Nostradamus predicting future events, to the end of the Mayan Calendar resulting in a cataclysmic world’s end situation, it brings fear and paranoia to most. Then there is Californian Metal band Carnifex which plunges into the depths of fear, Heaven, Hell, and everywhere in between with their forthcoming album, World War X, on August 2nd.

Their seventh overall studio album, and third through Nuclear Blast Records, World War X is a fierce lineup of tracks that begins with the sounds of artillery fire. In the background, soldiers march on before the sound consumes the introduction and an inhuman voice declares ‘death to all humanity’ in the opening title-track. The guitars are dynamic and ever-changing, in some moments tearing away with speed, while in others bouncing slowly with erratic rhythms. This is while the vocals brutally match the lyrics about the suffering and cruelty of war. A grand intro, next “Visions of the End” offers a heavy assault of chugging guitars with foreboding tone. Rapid, concise instrumental technique makes for a rousing and compelling chorus before descending into a brief guitar solo. Overall, the entire song reads as a savage prophecy of doom, complete with blackened skies and eternal demise.

Keeping the vibe intense, “This Infernal Darkness” opens with a demonic horde screeching ‘give into death.’ With vocals that are clear to your ear, they reach out from doom-ridden guitars with moments of delicate melodies while the drums hit low and slow with aggression. Moving on, the chorus of “Eyes of the Executioner” is particularly coarse in way that pummels the senses like a nuclear bomb. Then, “No Light Shall Save Us” which features the goddess like presence of Arch Enemy Vocalist, Alyssa White-Gluz. Distorted guitars and female vocals fade in slowly before the vocals of Scott Lewis and White-Gluz move in a dark duet across the track.

Offering more special appearances, “All Roads Lead to Hell” welcomes the talents of Guitarist Angel Vivaldi. While it is the briefest of all the songs on World War X, it is also the most experimental. Featuring a chorus that is wicked with its line ‘crucify the soul of man’ and ‘one last goodbye, you’ll always remember,’ Vivaldi’s shining moment comes with a kick-ass guitar solo. Which leads to possibly the most Metal title of any song in existence, “Brushed by the Wings of Demons.” Tucked near the back-end of the record, it is filled with shredding high notes and melodies of gloom while being beautifully foreboding between hellish screams and low chords.

In enough words, World War X is an album truly worthy of its title. From virulent images of the ferocity of mother nature to the unseen depths of supernatural doom, it has it all. The guitars never fail to fulfill their duties as shredding, hardcore instrumentation fitting to a band as intense as Carnifex. Furthermore, Shawn Cameron’s drumming is exhilarating from the speeding heights of “Visions of Death” to the brooding baritone in the breakdowns of all the tracks. With guest appearances that are precisely chosen to elevate the theme and execution, Cryptic Rock gives World War X 5 out of 5 stars. 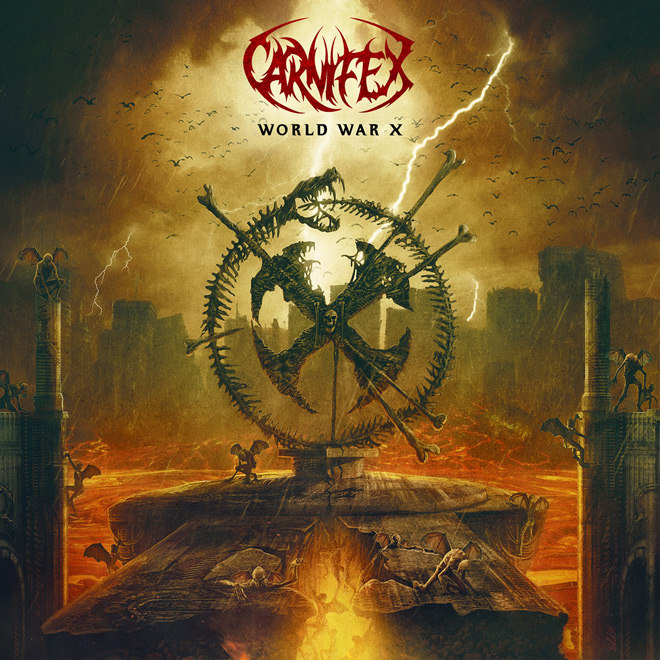