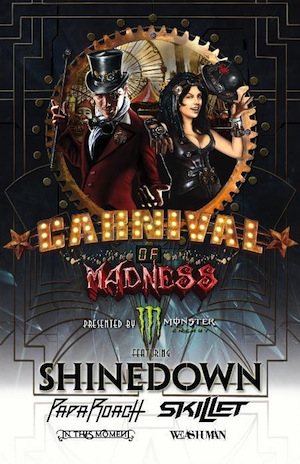 Carnival of Madness 2013 tour line-up was unveiled today.  The line-up consists of Shinedown, Papa Roach, Skillet, In This Moment, and We Are Human.  Shinedown headlined the first Carnival of Madness festival back in 2010 and are back to headline this years festival.  Tour dates will be revealed June 3rd.