At a time when drive-in movies were a popular pastime among family and friends during the 1960s, one film which came through was the Horror film Carnival of Souls. Released on September 26th of 1962, Carnival of Souls was produced, co-written, and directed by Herk Harvey on a small budget, but with big ideas. Clearly ahead of its time, the independent film proved a huge budget is not necessary to leave a lasting impression on an audience, and while it was rather overlooked at the time, 55 years later, it is regarded as a cult classic. 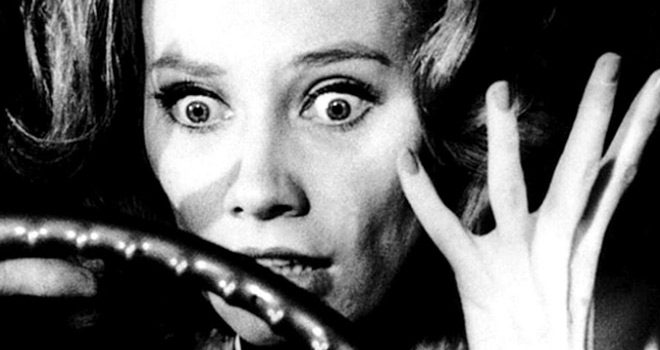 Disturbing, and influential, Carnival of Souls takes the audience on a psychological journey of mind and illusion showing how that in and of itself can be one of the most horrifying experiences one can have. As stated, a film ahead of its time, it did not rely on the tired old tricks or heart-stopping jump scares. No, Carnival of Souls was an animal all of its own, using old, real abandoned areas and a bone-chilling organ score by Gene Moore to accompany the thrilling roller coaster ride. Simply put, this was a film that went against convention, going for an original and organic feel that would provide scares that are still effective today.

Carnival of Souls tells the story of a woman named Mary (Candace Hilligoss: The Curse of the Living Corpse 1964), an organ player that becomes the victim of a tragic drag race accident on a wooden bridge. The crash kills everyone, leaving her the only survivor of these frightening events. Haunted by the experience, she then decides it is only appropriate to relocate to another place and start a new life. As a result, Mary moves to a small town in Utah where she stays in a boarding house while taking the job of an organ player in a small church.

From then on, events only escalate from bad to worse as she deals with strange situations that uncover the tragic events from her past. Aside from an obviously well-developed story and dialogue throughout, this Horror masterpiece also had a surprising great cast of actors, even with Hilligoss being the only trained actor on the screen. Frances Feist, portraying the Landlady, and Art Ellison as the Minister, really embodied these eerie unconventional characters. This is along with Sidney Berger who offers arguably the best performances in the film as the unhinged John Linden. Also, Harvey himself played the character of The Man in the film effectively in a frightening matter. Very much considered a B-Horror movie, due to an unknown cast and aforementioned small budget, all involved really made the film shine beyond any viewers expectation. 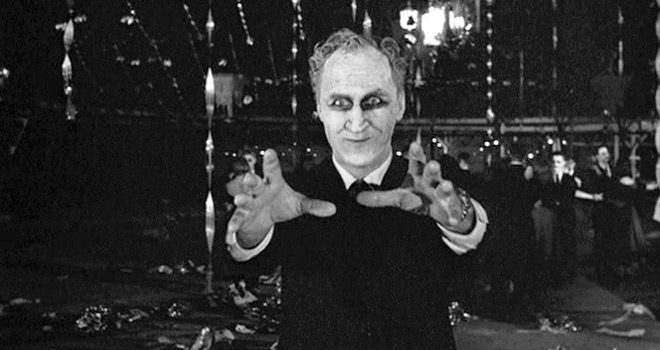 Examining Carnival of Souls further, it is easy to see why it is one of the most successful attempts at combining the context of dreams, absurdity, and more importantly, leaving the impact of the character’s existential crisis hanging in the balance of the audience. Viewers can feel Mary’s insanity and how she is unable to connect with what is happening around her until the very closing of the film.

A strong story, good direction, and production are only part of the puzzle for success though. What also should be acknowledged is Maurice Prather’s gifted use of cinematography in Carnival of Souls. Previously working on many Documentary-styled films prior to Carnival of Souls, Prather did an amazing job of erratic, shifting focuses of areas and perspective. This places viewers in the position of Mary’s point of view in terms of place in a dream. Making natural transitions of moving in and outside of locations, it is as if the audience is in the same disorientating dream-like status, creating a very in-depth horrifying psychological thrill ride. The camera style slowly brings viewers’ eyes to not only see, but feel, how alone Mary is in this miserable, frantic experience. Even more striking, there is a feeling of helplessness, a feeling no one can help nor save her from what is happening to her.

Interestingly enough, Carnival of Souls would be Harvey’s only feature film of his career. This left the Colorado-born filmmaker plagued with questions as to why he never did anymore feature films, but instead transitioned into academic film, as well as writing and producing of academic film. Still a mystery, perhaps it was for the best because Carnival of Souls was enough of a work of mastery alone. 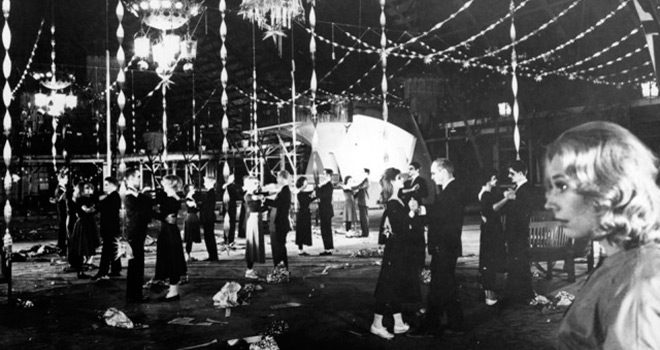 All this, and to think the budget of Carnival of Souls was initially a miniscule $17,000, but in order to be afforded more funds, both Harvey and Writer John Clifford waived their earnings. Now that is dedication. Wondering where the budget came from? Apparently it was raised over a weekend from local businesses in Lawrence, Kansas where Harvey attended Kansas University. Why is this all important? Well, it really could be looked at as the pioneering of Indie filmmaking. Paving the way, inspiring others, including the late great George A. Romero, who went on to become one of the greatest Horror filmmakers who ever lived, as well as the legendary David Lynch, Carnival of Souls no doubt made an impact.

Picking up steam through the years and getting the attention it deserves, Carnival of Souls is a staple in the world of Horror and cemented as a cornerstone of American independent cinema. Much of its later recognition would be thanks to a theatrical re-release in 1989, when the film became truly noteworthy of its unique cinematic and story achievements. It even led to a remake in 1998 under the same working title, yet the new edition had little to nothing to do with the original story. Additionally, there is an unofficial German remake loosely based on Carnival of Souls which was released in 2007 under the name Yella. Remakes or tributes aside, thankfully, in 2012, the Academy Film Archive restored the original Carnival of Souls, assuring it will be a treasured piece of cinema history for generations to come. 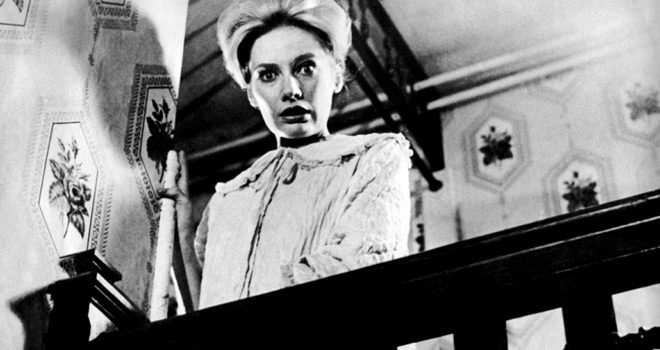 Even after 55 years, Carnival of Souls still continues to stimulate the senses of many cult Horror fans. Passing on at the age of 71 back in 1996, thanks to Herk Harvey’s vision, the world of film experienced one of earliest attempts of Psychological Horror, but moreso, one of the best to ever be produced. 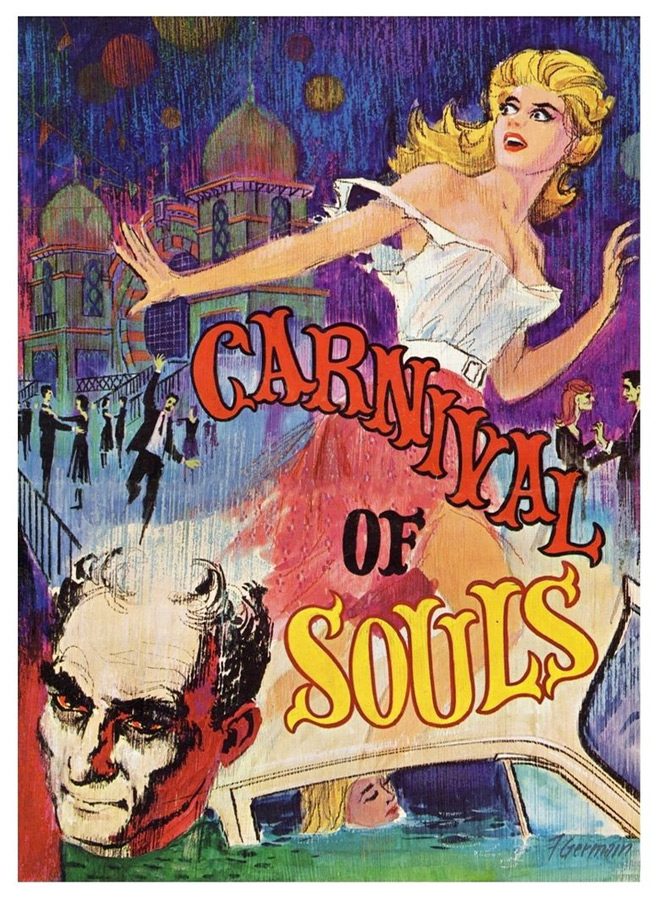