Written and directed by Joshua Miller, well known for his roles in 1987’s Near Dark and 1989’s Teen Witch, Carnivale Creepshow is a present day Horror flick about four young adults out on a road trip. Starring approximately 20 actors from northeast Oklahoma, northwest Arkansas, and the Oklahoma City area, Carnivale Creepshow was a winner of the Audience Choice at Bare Bones International Festival in 2016 and finally hit VOD and DVD back on February 7, 2017 via Midnight Releasing. 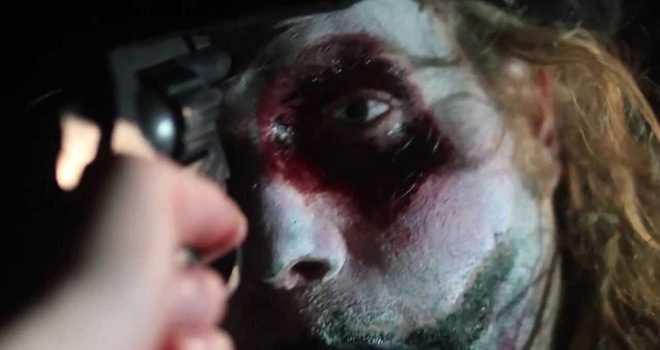 As mentioned about a group of friends, while on the road they see a dilapidated sign for a carnival creepshow located within the outskirts of a desolate town called Zena and are compelled to check it out for some thrilling fun before they reach their destination. However, a rather innocent decision slowly turns deadly as they each fight to stay alive as clowns and cannibals try to take their lives. While this certainly sounds like it could be a compelling theme, the delivery of dialogue and acting of these characters leads to an overall questionable execution that falls into this gray area that is tasteless, uninteresting, and an unengaging hour and fifteen minute experience.

A premise which is common and realistic to Horror movie standards, the poor character acting and weird jarring camera angles lends itself to be awkward and campy in its delivery. It becomes impossible to immerse yourself in the actor’s world as it slowly becomes apparent that there was lack of thought put into its cast of characters’ development or proper build up to theme of the film. This is not saying that every Horror film has to reinvent the wheel in terms of thoroughly entertaining an audience, but there are certain standards, especially in today’s Horror, that have to be met. 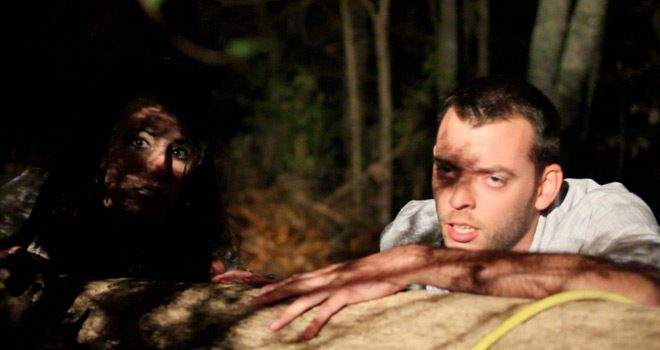 If an idea that is commonly used is put into a film, the writing should be unique enough to stand out among other Horror genre contenders. Secondly, character delivery should do its job of connecting the audience and making the audience care about its characters. Instead, Carnivale Creepshow sadly does none of this, having the film concept become nothing more than a generic attempt at scaring an audience.

In addition, the flow of Carnivale Creepshow is next to nonexistent. From the moment the characters reach their destination in Zena, there is no time to really digest the surroundings of the desolate space in which there is seemingly abandoned building houses. All grisly attempts to end the characters’ lives happen all too quickly as the viewer is also thrown into these strange acid trip vignettes of what will happen to the characters or weird flashbacks. This makes it even more confusing as a viewer to really follow what is going on. 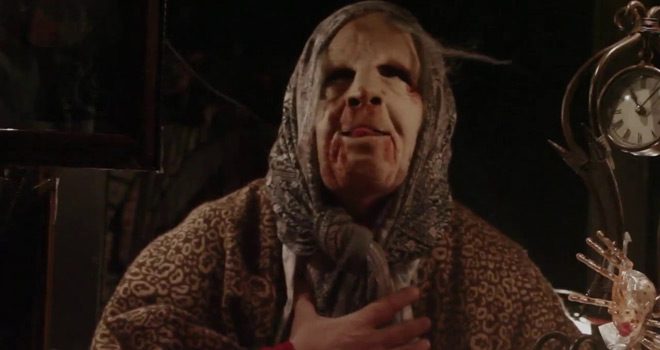 While most of Carnivale Creepshow has rather questionable directing, acting, and sequencing choices, the film does a good job of making the audience feel uncomfortable. Using clowns and their off the wall personalities shows that Miller and Co-Producer Priscilla Wenzel did do their homework when it comes to using clowns to create this environment that is detestable and ghastly in the right ways. That said, Miller and Wenzel also do a good job special effects wise, delivering raunchy dirty environment in which these clowns and cannibals live.

Though Miller, Wenzel, and the production crew did a good job with some aspects of Carnivale Creepshow, it just is not enough to sit through and watch from start to finish. Unfortunately Miller and Wenzel’s creative sequencing does nothing but complicate a rather simple and workable plot. Gory, abrupt deaths, weird uncomfortable sex scenes, and awkward jumps or flashbacks within the story make this painful to follow at times.

Overall, having a promising premise, it is the acting, characters, and dialogue that puts Carnivale Creepshow at a slight disadvantage. As a result, CrypticRock gives this film 2 out of 5 stars. 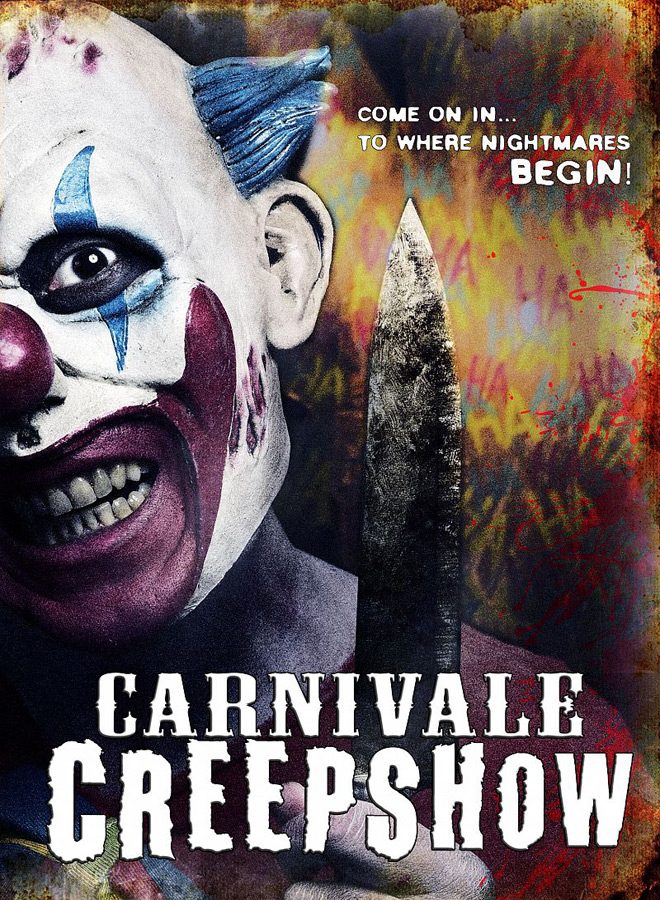