Carrie – No One Is Laughing 40 Years Later

Back in the early ’70s, the Horror genre was a hot commodity, with successes in such films as 1973’s The Exorcist and 1974’s The Texas Chainsaw Massacre. Around this time, a young writer by the name of Stephen King was reluctant to send one of his manuscripts to a publisher, not finding it worthy enough. After shelving it for a few months, the novel by the name of Carrie actually became a sleeper success. Introducing the world to a story of an awkward young girl with telekinetic powers, it would soon after become King’s first novel to be adapted into a movie, cementing his name as an author and a Horror icon. 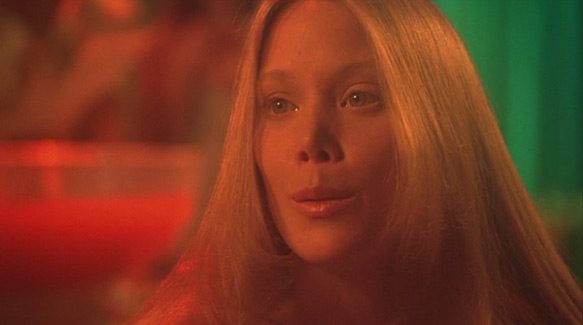 Theatrically released on November 6 of 1976, Carrie White (Sissy Spacek: Tuck Everlasting 2002, Gray Matters 2006) is a young social outcast who is constantly bullied by everyone around her. When she is not at home dealing with her fanatically religious mother, Margaret (Piper Laurie: Return to Oz 1985, The Faculty 1998), high school is also an awkward and dangerous territory. When her peers in gym class take things too far, they are punished by their teacher Miss Collins (Betty Buckley: Eight is Enough TV series, The Happening 2008), threatening to ban anyone from prom unless they behave.

A guilt ridden Sue (Amy Irving: The Rage: Carrie 2 1999, Hide and Seek 2005) takes pity on Carrie, and arranges for her boyfriend Tommy (William Katt: House 1986, The Unwanted 2014) to take her to prom. However, not everyone is quite forgiving, Chris (Nancy Allen: RoboCop series, Poltergeist III 1988), her boyfriend Billy (John Travolta: Grease 1978, Pulp Fiction 1994), and her bubbly best friend Norma (P.J. Soles: Halloween 1978, Rock ‘n’ Roll High School 1979) set out on revenge. Throughout the days leading up to prom night, Carrie spends her time making sense of a power she feels within her, growing stronger by the minute. A moment of tragic bliss becomes the ultimate test of whether she can control herself, or allow it to consume her.

One of the most impressive things about this movie was Spacek’s dedication to the role of Carrie. Relatively unknown at the time in Hollywood, she prepared her character by isolating herself from the cast, studying the bible and surrounding herself with religious paraphernalia. For the infamous prank at the prom, she was willing to have real blood dumped on her (they went with karo syrup and food coloring), and insisted on being involved in every shot, including a scene where only her hand was shown. To cement the perfection of this character even further, Spacek was actually a homecoming queen in real life. 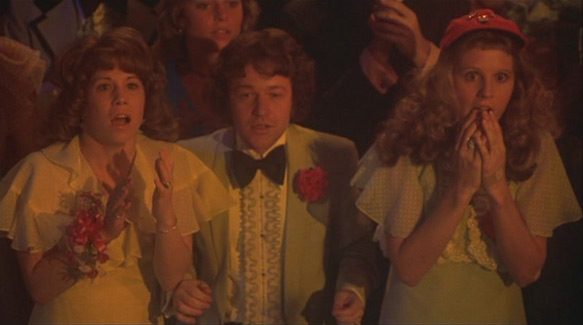 A film that took a lot of work and passion, the final script of Carrie really came together brilliantly. In essence, it was an emotional roller coaster ride for the audience, and changing the rules of a typical Horror film. There was so many moments of calm and beautiful bliss, only to be stripped away in an instant, amplifying the horror factor. In addition, the locker room scene, which showed full frontal nudity in the film’s second shot, was meant to immediately unsettle the audience, a bold move by Director Brian De Palma (Scarface 1983, Mission:Impossible 1996).

Falling short of the usage of special effects that are available today, De Palma used his imagination wisely, truly bringing to life King’s story. He spent months prepping the film, surrounding himself with photos to display the order sequence, as well as putting time into the perfect angle for every shot. Actress PJ Soles told CrypticRock in a 2015 interview, “When we went three times to De Palma’s apartment for the subsequent auditions to see which parts we were going to fit for, I remember in his dining room, every single space was covered in drawings, which were storyboards. I had no idea people thought of a movie that intently that they were drawing out every scene. I was very impressed with that.” In fact, the prom scene took over two weeks to shoot, building a huge set that was destined to be destroyed. Soles actually ruptured an eardrum from the fire hose due to the intense water pressure in this scene, and lost hearing in one ear for about six months. 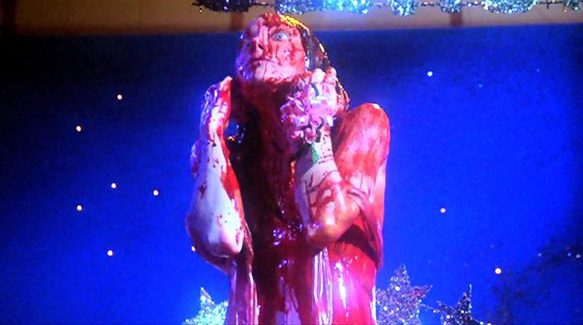 What started as such a simple story, Carrie ruptured the ground for many of the cast and crew involved. Sissy Spacek, Nancy Allen, and Amy Irving, to name a few, went on to have very successful careers. Amusing enough, John Travolta auditioned for Carrie on his lunch break while filming the popular sitcom Welcome Back, Kotter, showing up still dressed as Vinnie Barbarino. This was in fact Travolta’s first full-length motion picture roll, ushering in a career of Hollywood stardom that began in 1977 with Saturday Night Fever.

Such an immediate success story, it is hard to imagine this Horror gem fashioned in a different way. It was shelved, misconstrued as a Dark Comedy, not to mention Spacek not even considering herself for the role at first. All these elements and more put together a film that started it all for the legendary Stephen King, a decision he has never regretted. For a low budget film, Carrie certainly made a huge impact that still continues to inspire to this day.

Sparking a slew of other projects such as the sequel, 1999’s Carrie: The Rage, 2002’s TV Movie Carrie (2002), and the latest remake, 2013’s Carrie starring Chloe Grace Moretz (Kick-Ass series, Let Me In 2010), all were impressive in their own way, but none could compare to their predecessor. Poetic, graceful, yet horrifying, as well as tragic, De Palma’s vision of Stephen King’s Carrie was then, now, and 40 years from now, an undeniable piece in Horror film history. 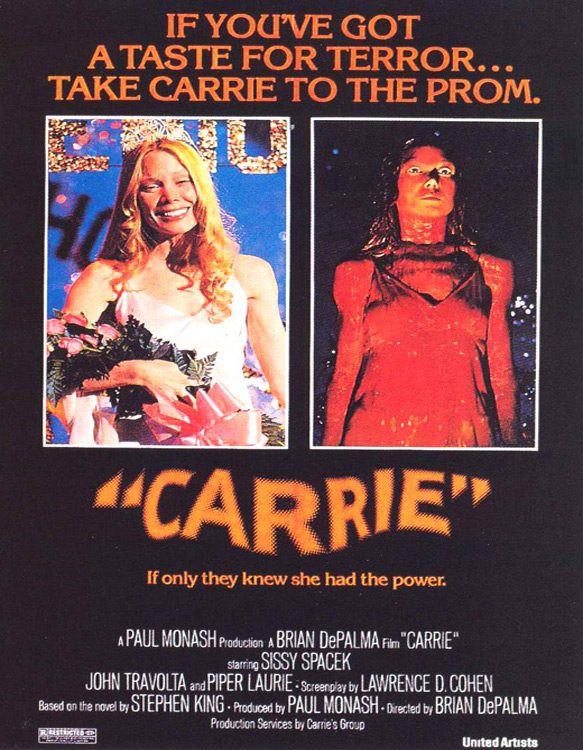