It is often hard to tell where John Malkovich’s intentions with a role lie. “What was he going for there?” “What was that accent?” When the curtains fall on his life—knock on wood—Malkovich (Dangerous Liaisons 1988, Con Air 1997) will go down as one of the best and most misunderstood actors in modern cinema. Not wholly because of his undeniably immense skill, but also because of a seemingly innate ability to dodge being typecast. 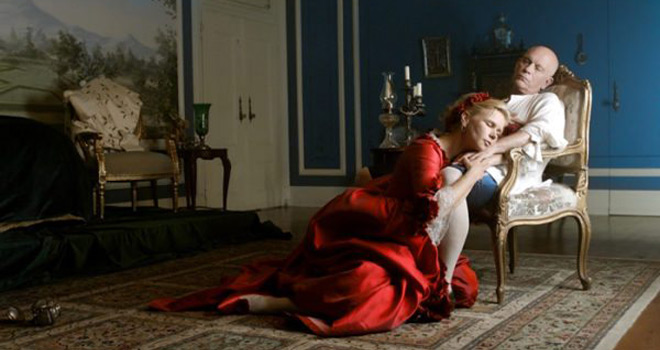 Ask any casting director to boil John Malkovich’s skill set down and a common theme will be their immediate inability to do so. In Casanova Variations, he defies yet again in a role that fits his reputation, not in his character’s actions or motives, but because it is so distinctly “Malkovichian” that it seems written for him. John Malkovich is essentially a personification of the film: large in scale, adventurous in concept, and sweeping in delivery.

Released by Alfama Films and Ulrich Seidl Film Produktion to the San Sebastian Film Festival in Spain on September 22, 2014, Casanova Variations is available as of Tuesday, February 6, 2018 on VOD thanks Cleopatra Entertainment, with a DVD release slated for March 13th.

The film itself, directed by Michael Sturminger (Hund Und Katz 1991, The Whore’s Son 2004), is an exploration of the life of famed Venezian libertine, Giacomo Casanova, through the operatic works of Mozart’s “Don Giovanni,” and Casanova’s own memoirs, Histoire de ma vie.

With Malkovich in the eponymous role, it transitions seamlessly from a stage play to a film, sometimes swinging a perfumed wrecking ball through the fourth wall. For instance, an eager fan backstage at the Lisbon opera house proclaims to Malkovich her admiration for him and his 1988 film Dangerous Liaisons, wherein he portrays a similarly lecherous Vicomte de Valmont; the backstage encounter is obviously a wink to the audience —er, the audience watching the film, not those watching the play within the film. 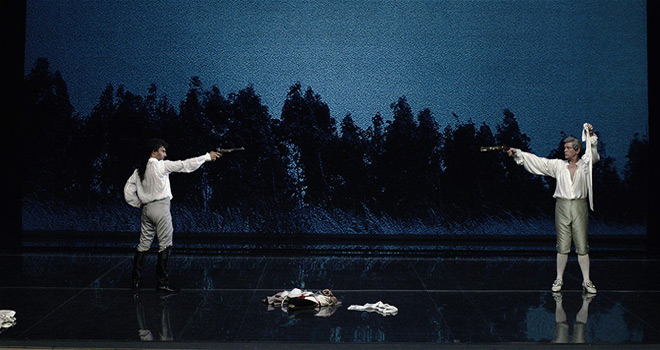 Malkovich calls audibles between playing John Malkovich, who is playing Giacomo Casanova, who evokes Don Giovanni. It is a many-layered production and at times is hard to follow, as actors are swapped out for opera-singing avatars of themselves. At one point, a film producer named Jessica (Tracy Ann Oberman: Hector And the Search For Happiness 2014, EastEnders series) who is attending the stage play is incredulous that Malkovich would even try to option it to her as a film because she finds it to be nonsensical tripe.

The cinematic portions of the film are extravagantly dressed and a wonder to behold. The stage-set sequences bear the artistic and creative panache that the space and time limitations of stage require to capture the imagination of a live audience. Portions of the on-camera audience are literally inundated with the action as arias are sung from balconies and from within the seats. Casanova Variations won Best Costume Design as well as Best Editing at the 2016 Austrian Film Awards and rightfully so. The characters are dressed in carefully-stitched finery, common to that era. It is fanciful and decadent yet appropriate to Giacomo Casanova’s non-noble upbringing; the costume designers have cut no corners in their research and spare no flourish.

Since Casanova Variations is a character study of Giacomo Casanova, not much else about the film stands out. Malkovich’s performance demands complete attention, for better or worse, and little else receives sunlight. The music is as flawless as one can expect from an orchestra, as are the vocal performances. Other characters, such as the curious Elise (Veronica Ferres: Hector and the Search for Happiness 2014, Pay The Ghost 2015) and the naïve Cecile (Lola Naymark: A Common Thread 2016, Trepalium series) exist at the perverted service of Casanova; their performances are adequate, but overshadowed by the enormity of ‘The Malkovich.’ Malkovich blurs the line between masturbatory narcissism and avant-garde brilliance; the best part of that fact is that he is acutely aware of it. It is what makes him so compelling and hilarious to watch. 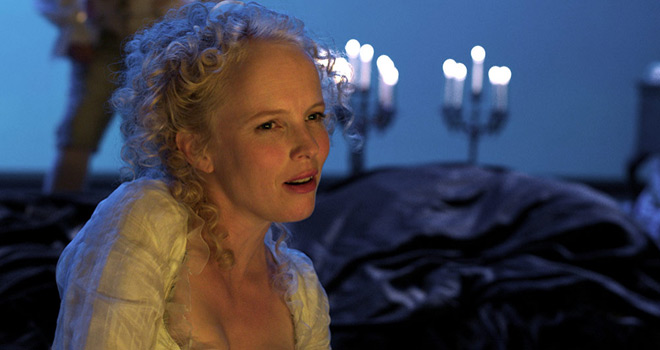 All told, Casanova Variations is an ambitious Frankenstein’s monster of a film that is, at once, raucously funny, unspeakably crass, and sportingly puzzling. There is a common axiom that there is a fine line between genius and madness and time and time again, John Malkovich tap-dances lackadaisically along that line. For its sheer eccentricity and its interesting and literal blending of stage and film formats, CrypticRock gives Casanova Variations 3 out of 5 stars. 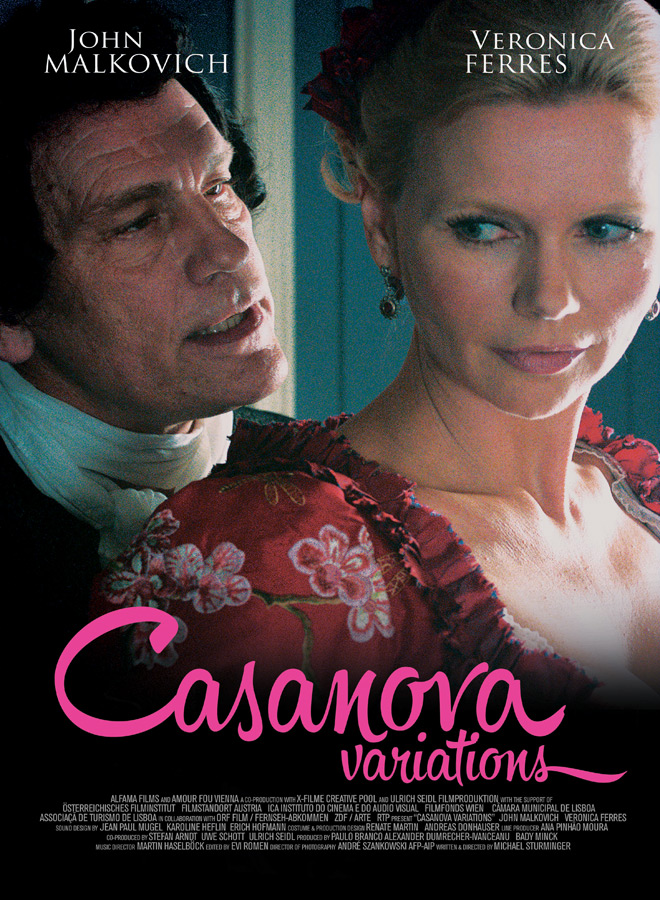