The Cascades – Rhythm of the Rain Turns 55! 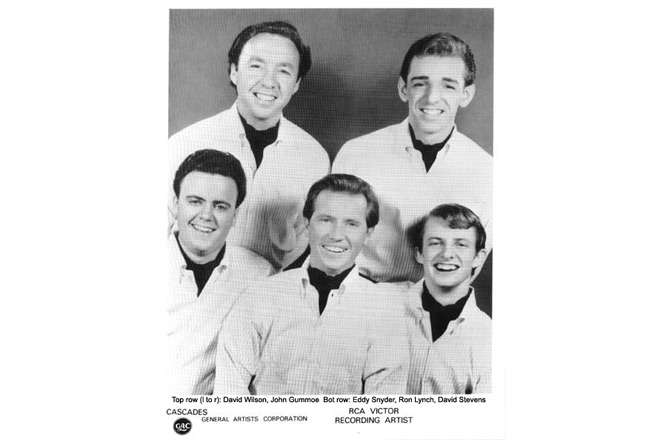 Just like any other decade since perhaps Pop music became a comfort food for the sonic spirit, the 1960s had produced countless artists and groups that have left the world with timeless songs. In the decades that followed and continue to follow, these aural gems may be regarded as musical postcards of the bygone eras. However, many of them have stood the test of time and have remained engaging and as ubiquitous, still being played regularly by many radio stations or by many parents or grandparents on their record players, there in the comforts of their homes to their ears’ delight and hearts’ content.

One of such bands whose music became embedded in the hearts and memories of the ’60s generation and which the succeeding, younger ones have gladly and lovingly inherited from their folks were The Cascades.

Formed in 1960, in San Diego, California, United States, The Cascades started as a Surf Rock–styled, instrumental-oriented band, most likely influenced by the likes of The Ventures (“Walk, Don’t Run”). However, upon discovering the music of the then also fledgling The Beach Boys (“Surfin’ Safari”), whose colorful vocal harmonies had instantly caught their fancy, The Cascades soon developed into a proper Sunshine Pop group and in 1962 onwards began releasing catchy singles like “There’s a Reason,” “Rhythm of the Rain,” and “The Last Leaf.”

Despite their chart-surfing songs and the worldwide interest generated by their music, the outputs of The Cascades were largely confined in the decade when they were founded; and of the three albums that they got to release—1963’s Rhythm of the Rain, 1968’s What Goes On Inside, and 1969’s Maybe the Rain Will Fall—the debut remains to be the most unforgettable, for it contained their hit singles. This year, that record is celebrating its fifty-fifth anniversary, making it five years more precious than gold.

Released on January 25, 1963, on Valiant Records, Rhythm of the Rain captured the sound of youthful ebullience, sunny, bright horizons, and clean-look haircuts of the early ’60s. It opened with the cutesy “Shy Girl,” whose traits—tinny vocals, highly melodic instrumentation, and mild tempo—served as a part of the blueprint for the music of many New Wave/Indie Pop bands that came to be regarded also as Twee Pop—the likes of Altered Images (“Love and Kisses”), Jimmy Jimmy (“I Met Her in Paris”), Lick the Tins (“Belle of Belfast City”), and Camera Obscura (“Eighties Fan”). Followed next was the heartbreaking “The Last Leaf,” which, in spite of its breezy ambience and mellifluous vocal harmonies, had remaining traces of The Cascades’ early dalliance with surf guitars, which made the song definitive of their distinct trademark. Then there was the sweet, early evening, suburban serenade of the four-leaf-clover, fortune-cookie, tender love song “Angel on My Shoulder.”

The atmosphere then broadened up the spectrum with the big-band sound of “Let Me Be,” complete with a horn arrangement and the customary clapping rhythm. The mood then turned upbeat with “Dreamin’,” whose string orchestration surfed the loudspeakers like the calming splash of waves on the seashore. The drama continued with the piano-led sentiments of “Lucky Guy,” whose symphonic flourishes made it the most Classically arranged track in the record.

“My First Day Alone” was another melodramatic trek to solitariness, both in music and in words, whereas “Punch and Judy” was The Cascades’ display of good storytelling and their ability to glaze melancholic lyricism with saccharine melodies. The ensuing “There’s a Reason” was the first-ever release of the band; and that early, their style of starry-eyed, lushly orchestrated, short Pop love songs was already shining through. “I Wanna Be Your Lover” then played next, comforting their muses with the graceful swing and sway of its rhythm.

The penultimate, Doo-Wop track “Was I Dreamin’?” served as a reprise of the band’s recurring theme of wishful thinking and young romance. Finally, the band—John Claude Gummoe (lead vocals), Eddie Snyder (guitar), Dave Szabo (keyboards), Dave Stevens (bass), and Dave Wilson (drums)—capped off the record with their most successful song – the celestially beautiful, celesta-adorned “Rhythm of the Rain,” which spent two weeks on the U.S. Listening Chart in the time of its release and which to this day remains high on various lists of Top ’60s Pop songs.

The Cascades might have not been prolific or as influential as many of their contemporaries, such as The Beach Boys (“Wouldn’t It Be Nice?”), The Hollies (“Bus Stop”), and The Monkees (“Daydream Believer”); but the tunefulness, lyrical wistfulness, and timelessness of the songs in their first full-length are the very traits that continue to endear the band and their music not only to the past decades’ generations but even to these days’ young music lovers who do easily fall in love with sweet and sunny Pop love songs.

Can you hear the sound of the falling rain? I think you can… but only if you take the time to sit and relax by your windowsill in your most rested and reflective mood, and then gently close your eyes and take a few deep breaths of the fresh morning mist, then utter a youthful smile and re-imagine the sunset of your life, as you listen to the songs that comprise The Cascades’ fifty-five-year-old Rhythm of the Rain. 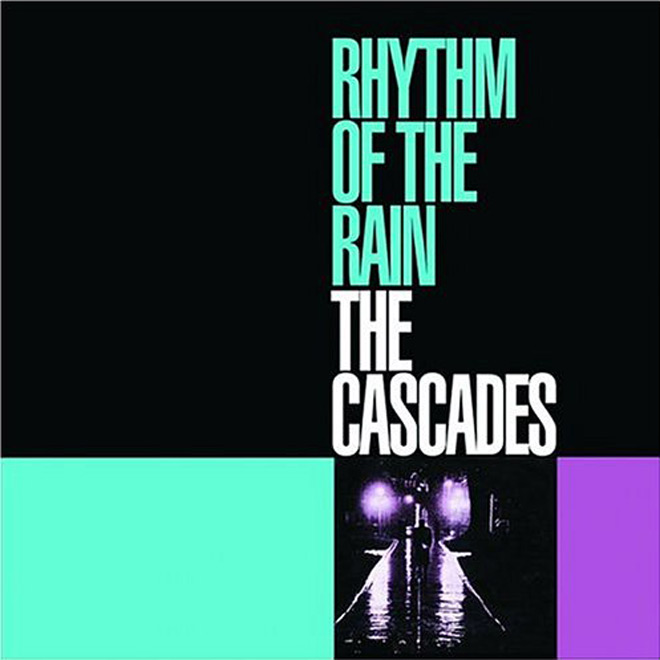 Purchase Rhythm of the Rain: