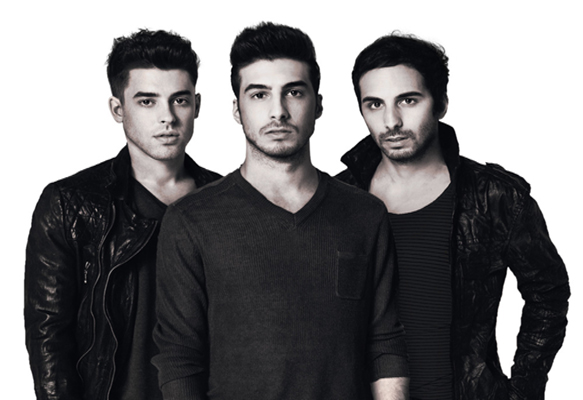 What comes to mind when one thinks of artists such as Hardwell, Afrojack, Tiesto, or Skrillex? Perhaps EDM or Electro House music. However, sometimes people overlook others artists that are on top of these sub-genres such as New Jersey’s three-piece Electronic Dance group Cash Cash. With a long history, they began back in 2002 under the name The Consequence before morphing into Cash Cash in 2008, and since built a strong name in the Dance community. Currently consisting of Jean Paul Makhlouf (vocals, guitar, production), Alexander Luke Makhlouf (keyboards, vocoder, talk box, production), and Samuel Warren Frisch (bass guitar, backing vocals, production), Cash Cash have already released top-notch singles through the years, and the best part is, they write, record, and craft their music all on their own. With three studio albums under their belt, on June 24, 2016, they dropped their latest effort, entitled Blood, Sweat & 3 Years.

Opening with chart-topping single “How to Love,” featuring Latina Singer Sofia Reyes, it is a song which will stir up different emotions in anybody who is maintaining a relationship and falling in love. Then, latest single “Broken Drum” comes in with Michael Fitzpatrick of Fitz and The Tantrums helping explain a post relationship longing and that the feeling of still sensing their love’s presence. With another big single, “Millionaire,” they bring on Nelly, as Cash Cash gives listeners a tropical and exotic sound that is about a lady that makes the gentlemen feel like a million bucks.

Inviting in the talented Christina Perri, “Hero” sees her singing about a girl who does not need a guy in her life, knowing that she can manage on her own. An uplifting track showcasing women are empowering in society, the song includes keys as well as electric instrumentals for a nice touch. Turning the tables, single “Devil” features A-list artists including Busta Rhymes, B.O.B, and Neon Hitch. About dancing with the devil and/or dealing with personal vices, this track will get people in a recovering mode from a dark place in their lives. This is before “Aftershock,” which happens to be the sixth track on the playlist. Featuring aspiring singer Jacquie Lee, it is an electronic and energetic vibed tune. Lyrically, it speaks of someone who cannot get over someone else after they have left, living millions of miles away.

Adding a weaving of Arabic and Hip Hop sounds, “The Gun,” featuring Trinidad James, Dev and Chrish, explains about the guy who should not have committed to a relationship, being used for personal and materialistic things. This leads into “Turn,” which is a modern, acoustic, up-tempo song that adds a little snare and electric tunes. Led by Little Daylight, this song explains about a couple who are in their darkest moments, yet they have the courage to make things better and make their lives brighter. One of the few songs not to feature a guest artist, “Escarole” gives off a club vibe that will get people fist-pumping on a Friday night.

Returning quickly to collaborations, the single “Lightning,” with help from Goo Goo Dolls’ own John Rzeznik, talks about a guy or girl interested in someone, and possibly being with them. Using the metaphor, “Now I can feel your pulse, kick starting this lifeless soul, like a lightning bolt to the heart,” it expresses how they both are awakened. Perhaps one of the biggest highlights of the album comes with “Arrows in the Dark,” with an appearance from Anjulie. Containing electric, heavy keys, and House styling, it is one of the most compelling, as well as catchy, songs of all. Thereafter comes another EDM track, “We Will Live,” this time with assistance of  Night Terrors of 1927. Talking about a couple who is not influenced by others, providing they made for who they are, and nothing will ever change that.

Lucky thirteen on Blood, Sweat & 3 Years, “Bada Boom” is held together by keys, electric, and heavy set drums, guaranteed to get a party started. Interestingly, they tuck their number one single from 2013, “Take Me Home,” at the back end of the record. Complemented by Bebe Rexha, it is an electrifying EDM cut that gives listeners an exuberant and rousing feeling. Winding things down, “Sweat” is a piece with sexual sensations featuring Canadian Vocalist Jenna Andrews. This segues into the finale track of the album, 2014 single “Surrender.” Another EDM and Progressive House song, it shows a different side of surrendering. While most see the action as something negative or a sign of defeat, it is not always the case. That said, sometimes it is the fight that kills a person, and Cash Cash convey the message of surrendering can often set them free from trouble.

An all-star collaboration album, Blood, Sweat & 3 Years does not disappoint. Those who love EDM will definitely enjoy this album with ease. Those who are still iffy on the genre can also enjoy the record due to the wide variety of different guests sprinkled throughout each track. Amazing lyrics and deep in thought, yet very attractive tunes, each are danceable and enjoyable. CrypticRock gives Blood, Sweat & 3 Years 4 out of 5 stars. 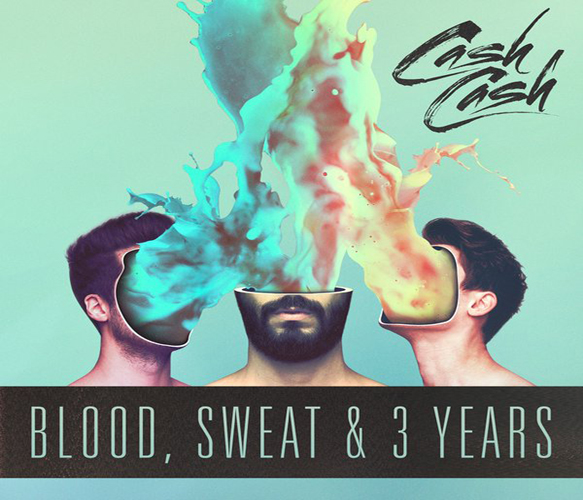 Royal Blood – Typhoons (Album Review) Juliana Hatfield – Blood (Album Review)
Like the in-depth, diverse coverage of Cryptic Rock? Help us in support to keep the magazine going strong for years to come with a small donation.