Long before the age of internet cat videos, Erotic Horror Thriller Cat People arrived in theaters. At its basic level, it is about the original, sexually deviant and slightly insane ancestor of grumpy cat. Well, him and his werecat sister and her wannabe lover. Directed by Paul Schrader (American Gigolo 1980, Dominion: Prequel to the Exorcist 2005), Cat People saw its release back on Friday, April 2nd, 1982 via RKO and Universal Pictures. Loosely a remake of 1942’s classic Horror Thriller of the same name, utilizing Writer DeWitt Bodeen’s original story for the adapted screenplay, Schrader’s Cat People is well worth scratching beyond the surface for a look 35 years later. 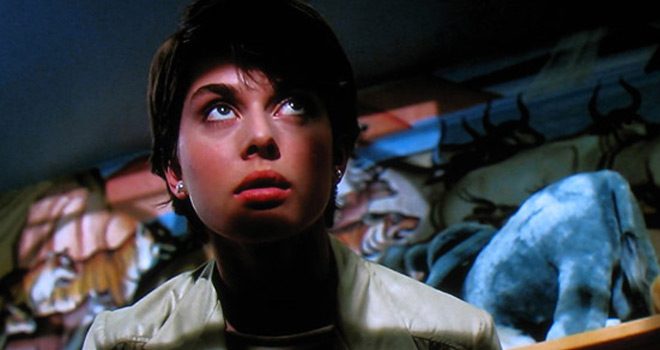 The film stars Nastassja Kinski (Tess 1979, Paradise Found 2003) as Irena Gallier, a woman found by her long-lost brother Paul, played by iconic actor Malcolm McDowell (A Clockwork Orange 1971, Halloween 2007). They are werecats that, through ancient Tribal magics (and babies sacrificed to black leopards), transform only after having sex. To transform back, they must kill a human. Of course, they can avoid that trouble if they just have incestuous sex with each other—a tradition handed down from father/brothers and mother/sisters for generations. Unfortunately, or fortunately, Irena rejects the whole idea and falls for Zoo Curator Oliver Yates (John Heard: Big 1988, Home Alone 1990).

If this all sounds insane, be assured that it is freakier than it sounds, and not through thrills. Cat People is one long, surreal ride through New Orleans and the sexual psyches of people who can turn into black leopards and those who love them. There are a variety of nods to the original film, including a random diner woman who recognizes Irena as a fellow werecat and a full sequence where Irena stalks Oliver’s other love interest into a swimming pool. The film takes itself seriously, despite the subject matter, offering melodrama intense enough to distract from the zany plot. If nothing else, Cat People is entertaining because of its weirdness – and nudity…there is serious nudity in the film. 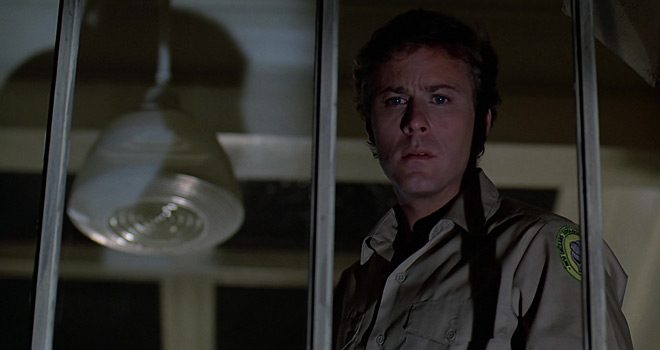 Over the past 35 years, the film sits squarely with a niche audience that remembers it mainly for boobs and, well, freaking werecats. However, many of the actors were and are quite well known and have been churning out movies and television series for decades. Thus, Cat People is certainly one of those rare films that put these actors in a major spotlight in the early 1980s despite not being a blockbuster. That in mind, the film attained two Golden Globe nominations in 1983 – one for Best Original Score by Giorgio Moroder, as well as one by Best Original Song by Giorgio Moroder (music) and David Bowie for “Cat People (Putting Out The Fire).” Additionally, the lovely Kinski was nominated in 1983 for Saturn Award’s Best Actress. 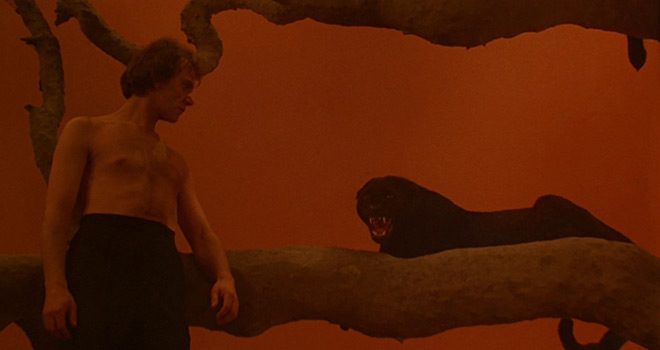 One of the biggest features of the film is the award nominated theme song, “Cat People (Putting Out The Fire)” by the late, legendary great David Bowie. He wrote the lyrics and sang to music by Moroder. Music buffs will remember in 1982 Bowie re-recorded the song for the film Let’s Dance and went on to perform it in his 1983 Serious Moonlight Tour. In the redone version, Stevie Ray Vaughan plays the guitar solos and riffs. It was revived again in 2009 in the film Inglourious Basterds. The following year, Sharleen Spiteri, lead vocalist for the Rock band Texas, recorded a new version of the song. Interestingly enough, the band Texas took their name from the 1984 movie Paris, Texas, where Nastassja Kinski played character Jane Henderson.

Cat People, much like Paris, Texas, is one of those films most people remember having heard about or seen once, a long time ago. As strange as it is, it has a dark, mystical aura around it and between the weirdness, prolific actors, and song, it manages to entertain. It deserves a watch, especially for Horror fans, because it is so far beyond a variety of tropes and cliché. For those interested, in 2002 Universal released it on DVD, and more recently, Scream Factory released it in 2014 on Blu-ray. Just make sure that if you are a virgin you check your ancestry, or you might just find yourself…a Cat People! 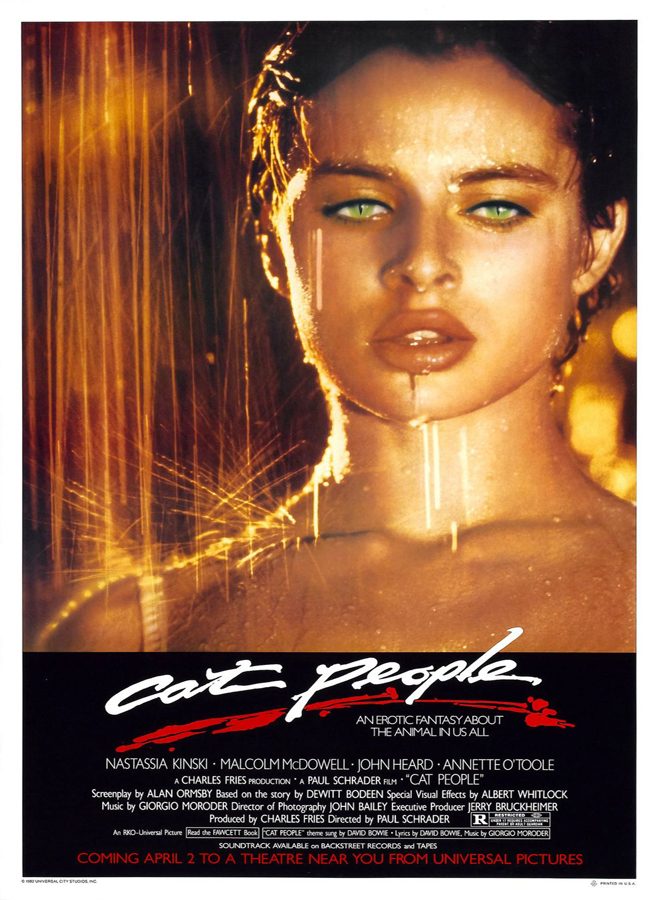