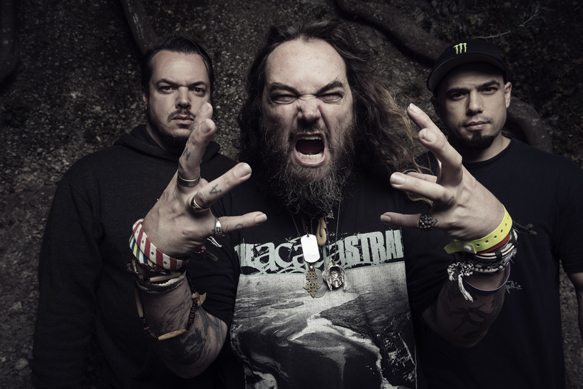 The Cavalera brothers have been through a lot in their lives and the challenges they faced early on may have ignited a passion for music. Growing up in Belo Horizonte, Brazil, Max and his brother Igor had a good childhood. Unfortunately, they would lose everything in an instant when they lost their father. Max, a year older than Igor was was nine years old when his father died of a heart attack practically in his arms. After hearing Black Sabbath’s Vol. 4 (1972), Max knew what he wanted to do. As a result, in 1984 the brothers formed Sepultura and became a force in Metal, releasing six records together. In 1996, after a falling out with his brother, Max left the band. Igor Stayed for ten more years before he too left Sepultura in 2006 following the release of Dante XXI. With Max continuing on to form Soulfly, Nailbomb, and Killer be Killed, it would not be until 2007 the brothers would reunite. The story goes Max called Igor and invited him to Arizona to join him onstage with his new band Soulfly. Soon after, the brothers would begin work on new project together and they would call it Cavalera Conspiracy. Recruiting Macr Rizzo from Soulfly and Joe Duplantier of Gojira on bass,  the group recorded their debut record Inflikted in 2008. Following up with Blunt Force Trauma in 2011, it was clear this was a band that was here to stay. Today, Cavalera Conspiracy consists of Max (vocals, rhythm guitar) and Igor (drums) Cavalera, Marc Rizzo (guitar).

Back with their third record, Pandemonium, released in November of 2014, the band called on Nate Newton of Converge  to take on bass duties. Produced by John Gray (The Wrong Side of Heaven and the Righteous Side of Hell, Vol. 1 2013), Pandemonium also marks the band’s first album with Napalm Records. Interestingly, Max actually considered calling the record Fuck That Groove, because of his desire to keep his foot on the gas and reduce the groove content on the record. This clearly was a challenge for Igor, which was fine with Max, who kept telling his brother to fuck the groove, and play fast. Igor passed the test easily, providing an endless amount of energy and attack to the album.

Opening the album, “Babylonian Pandemonium” is like the first shot fired in a war, beginning the bloodshed. Unraveling with atmospheric bombs, gunfire, and rapid fire drumming by Igor, this track quickly descends into thrashing anarchy. “Bonzai Kamikazee” is the next chaotic piece with blistering guitar work by Rizzo and non-stop blasting by Igor as it describes the suicidal pilots ready to give their lives for their country. “Scum” continues the assault with a six foot thick bass intro as Max delivers guttural, death harmonies tucked in behind complex, chugging guitar and ripping leads. The groove returns with “I Barbarian” which is hard and breaks down heavy, but not before snapping the listener’s neck. Mixing things up, the brothers share some Brazilian folklore with “Cramunhao”; a title that refers to conjuring the devil. Max and Rizzo combine for a savage intro followed by throat-tearing verses and anthemic choruses seemingly from the depths.

“Apex Predator” follows and leads into “Insurrection” a Speed Metal track with Rizzo demonstrating blazing speeds while Max holds it all together with his dynamic rhythms. The latter song abruptly snaps off into a crushing, stomping finale. “Not Losing the Edge” is a manic and epic story of fighting the ones trying to rip away one’s sanity. It begins with creepy bends and plinks from Rizzo and quickly escalates into a pulsing, psychotic battle cry.  Then there are tunes like “Father of Hate” which rails against propaganda while “The Crucible” bring the audience back to the Salem witch trials.  Those looking for more can find it with the digipak edition of Pandemonium which has two bonus tracks.  “Deus Ex Machina” features a mysterious background voice warning those who would replace their faith with technology. Then finally “Porra” is entirely in Portuguese and is the most rhythm filled song of the entire record.  The song takes the listener to Brazil as Igor fills the background with a percussive symphony and a captivating acoustic guitar conveys an indigenous feel. Do not worry though, the song is still immensely heavy.

Pandemonium is mostly a straight ahead thrasher, Death Metal record. It is a twelve song, fifty-one minute Thrash experience. There are moments of deviance that make it a bit more than that. The idea behind Cavalera Conspiracy is two brothers reunited having fun with Metal once again. After all that they have been through musically and personally, these two legends in Metal have decided that they are meant to play together and are clearly have fun doing it. Pushing the pace is the order of the day here, but there are some standout grooves to be found as well. A throwback to the old days, the Cavaleras ride again with Pandemonium.  Cryptic Rock give Pandemonium 4 out of 5 stars. 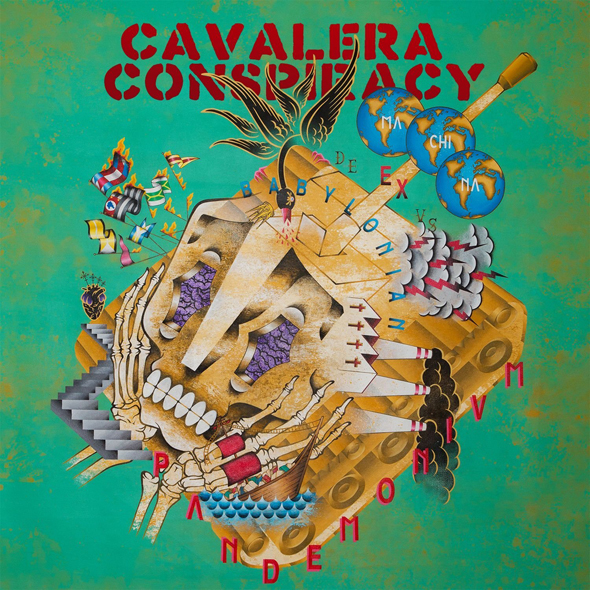