Known for such films as 2004’s The Door in the Floor and 2010s’ Paranormal Activity 2, Director Tod Williams is back at Mystery and Suspense again, this time with Stephen King’s 2006 novel Cell. From a movie adaptation written by Adam Alleca (The Last House on the Left 2009, Standoff 2016), one important thing Cell has is its exceptional cast, which consists of Samuel L. Jackson (Pulp Fiction 1994, The Hateful Eight 2015), John Cusack (1408 2007, 2012 2009) and Isabelle Fuhrman (Orphan 2009, The Hunger Games 2012). Taking some time to be released for various reasons, finally, on June 10, 2016, it hit the internet, immediately making waves. As a result, as of September 27th, Cell was given full-blown release on DVD/Blu-ray and VOD via Lionsgate. 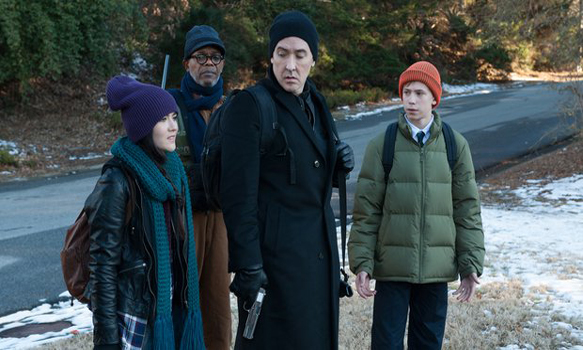 When Clay (Cusack) is ready to board the plane that is going to take him to see his son, his cell phone dies and he sees that might have not been a bad thing after all. While he is phoneless, everybody else who is currently talking on their phones, are struck with a high-pitched sound coming from their cell phone’s speakers which somehow turn them into rabid killers. There is a turmoil at the airport and Clay is able to escape only to find more survivors underground. Thomas (Jackson) was apparently not using his phone when everything happened and was able to escape unscathed from the sound that turned everybody else into mindless criminals. The two start moving forward after yet another survivor is killed in front of them and they begin a journey of survival together.

Along the way, Clay and Thomas meet Alice (Fuhrman), a rebellious and mysterious girl who somehow was not using her cellphone either. Clay explains that his family is probably still alive and if they are not, that at least he will make sure to find out. As the three new allies make their way to New England, they come across obstacles that force them to become survivors killing anyone who they think is dangerous. On their way, they meet other survivors, but like any other “Zombie” film, no one is safe when the world keeps multiplying new threats and subtracting more people. Sacrifices are made and there are fewer chances to survive the horde the more they move forward where surviving is not exactly ideal in the end. 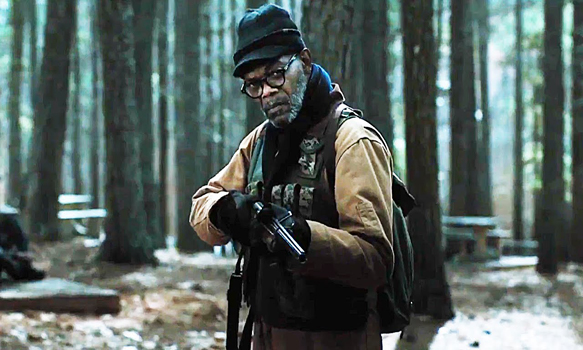 Cell phones have become people’s’ second brain. People use them for emailing, researching, video chatting, texting, and a lot of other things. They have made people’s lives easier and more convenient, so it is natural that some type of virus would eventually affect all the cell phone users. Stephen King has never been shy of writing books that keep someone at the edge of their seats with every new chapter and Todd Williams brought that suspense to the silver screen effervescently. People keep saying that the Government is going to take control of themselves through the use of cell phones, and Cell shows that theory can be proven and can very well be executed to some degree. 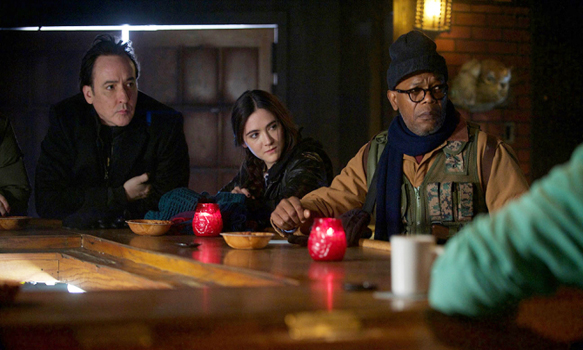 Overall, Cell is one of King’s top ten riveting stories and Williams has put together a film definitely one of 2016’s bests. Recommended to watch around Halloween, with cinematography that is out of this world, CrypticRock gives Cell 4 out of 5 stars. 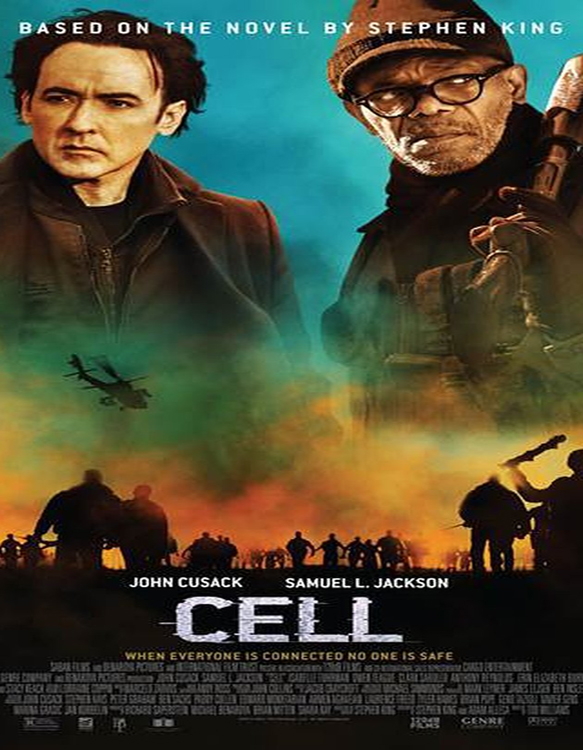