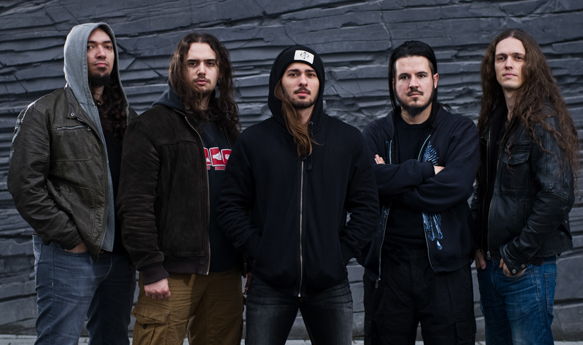 Gothenburg, Sweden is most known for its two chief exports: Volvo cars and Melodic Death Metal. Incorporating a healthy balance of melodious New Wave of British Heavy Metal-inspired guitar riffs alongside Death Metal vocals and drumming, Melodic Death Metal originated from the Scandinavian North in the early ‘90s. Other than the British Grindcore-turned-Melodeath band Carcass, people usually point to At the Gates, In Flames, and Dark Tranquility as pioneers of the genre, each of whom hails from Gothenburg. The slightly more user friendly Extreme Metal genre has since influenced an array of other styles of music, particularly the newly developing Metalcore. Many American Metalcore bands took tremendous influence from Melodic Death Metal to the point where the New Wave of American Heavy Metal movement of the early 2000s was synonymous with Melodic Metalcore. As I Lay Dying, All That Remains, and Shadows Fall were some of the biggest names in the genre.

Meanwhile, in Europe, there were several bands inspired by this recent development in Metal. Heaven Shall Burn (Germany), Bury Tomorrow (England), Dreamshade (Switzerland), and The Sorrow (Austria) toed the line for European Melodic Metalcore. In recent years, Paris produced Chabtan, a promising Melodeath band drawing influence from Metalcore, Nü Metal, and Groove Metal. The band’s official Facebook aptly calls this style of music “Modern Melodic Death Metal.” Chabtan formed in 2011 and self-released an EP entitled Eleven in 2013. The eight pummeling tracks on Eleven harkened back to the days of old school Melodeath, but with a decidedly modern flair. The remorseless sound Chabtan bore on Eleven was all but lessened on the group’s 2015 debut full-length album, The Kiss of Coatlicue.

The album’s namesake is derived from the goddess of the moon and stars from Aztec mythology. The majority of the album follows a similar theme of mythological Mesoamerica, which is found in the lyrics and song titles. Musically, this is reflected most clearly in “Born from Vucub Caquix” and “Ah Puch Reign.” The intros of these songs incorporate synth timbres, strings, or percussion that conjure imagery of an ethnically ambiguous ancient civilization. The Kiss of Coatlicue is a bloodthirsty piece of machinery, and the members of Chabtan sound more in sync than ever. The interplay between drummer Yanis Bergheul and guitarists Jean-Philippe Porteaux and Dimitri Merly is near flawless on “Visions of the Snake.” Although this is primarily a riff-driven album, each musician had significant time to shine. “Obsidian Butterfly” and “Astral Monsters” were memorable songs for bassist Laurent Gasperetti to expose his technical prowess.

Indeed, the moments on the album in which vocalist Cristofer Rousseau is at his most ear-catching are in some of the most intense songs on the album. Rousseau’s cleans amidst the tremolo-picked Extreme Metal in “The Kiss of Coatlicue” and his sporadic, throat-shredding mid-range shrieks on the half-Black Metal, half-Deathcore hybrid “Follow the Darkest Way” show how tightly his voice fits atop the hefty quantity of metallic weight. Another area in which Chabtan excels is in the groove-category. There is no shortage of headbang-inducing songs on this album. “Anthropomorphic Beast” has one of the catchiest grooves on the album, while “Reptile” throws sudden, syncopated riffs into the mix from left field.

The fact that Chabtan has only been in the Metal game for a few years has not prevented them from creating some of the most solid Metallic Metalcore of the 2010’s. Judging by the band’s notable progression from their EP to this album, perhaps we can expect an even more punishing Metal release in the next few years from Chabtan. CrypticRock gives The Kiss of Coatlicue 4.5 out of 5 stars. 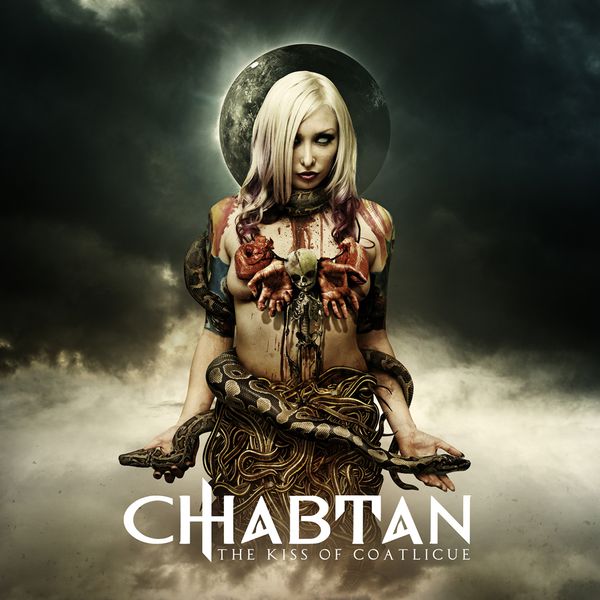