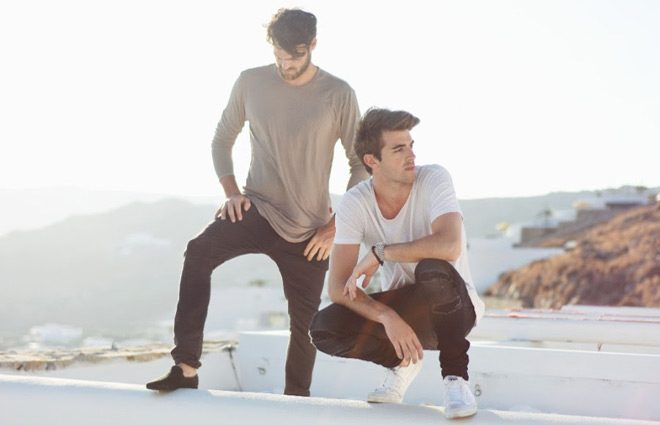 Even before releasing their debut album, The Chainsmokers were already catapulted onto the commercial spotlight. Filled with promise following two successful EPs, 2015’s Bouquet and 2016’s Collage, Coldplay’s Chris Martin was involved in the production of their full-length, and had tweeted about it as soon as the American duo at the 2017 Grammy Awards.

In addition, back in March, they captured five wins at 2017 iHeart Radio Music Awards, including Best New Artist, Best New Pop Artist, Dance Album of the Year (for Collage), Dance Artist of the Year, and Dance Song of the Year (for “Closer” feat. Halsey). Generating great interest from the music world at large, will the album entitled Memories…Do Not Open meet such high expectations?

Released on April 7, 2017 on Disruptor Records/Columbia Records, Memories…Do Not Open marks the debut LP for The Chainsmokers formed in 2012 by Andrew Taggart and Alex Pall. It begins with the slowly undulating, subtly punky Pop “The One,” and then followed by a sudden rush of energy and explosion of laser lights in the form of “Break Up Every Night.” The mood slows down with the piano ballad “Bloodstream,” which builds up into a big, orchestrated sound. Then there is the night siren of memories, the slightly symphonic “Don’t Say,” which features soaring backing vocals by Emily Warren, another upcoming artist, complementing Taggart’s silky, floating voice.

The single “Something Just Like This” has the mark of Coldplay written all over it – piano flourishes, shivering vocal styling, and instrumental and rhythmic buildup – after all, the song was written in collaboration with Martin and the rest of his band. Primarily sung by the guesting Warren, the ensuing “My Type” remains rooted in Coldplay territory, exuding faint echoes of the English band’s “A Sky Full of Stars.” Another soulful, R & B-flavored, mildly Hip-Hop track, “It Won’t Kill Ya” showcases another young artist on lead vocals – the French Singer Louane Emera.

Graceful, swaying, and bouncing in slow motion, the guitar-adorned “Paris” is the album’s carrier single. “Honest,” on the other hand, places itself among equally stadium-ready anthems by the likes of One Republic (“Counting Stars”), One Direction (“Story of My Life”), and even Justin Bieber (“Sorry”). Another introspective, albeit dim-lit dance-floor-worthy ballad follows, “Wake Up Alone.” The penultimate “Young” is sparse and spacey sounding, with lyrics that match the title well…hopeful, sentimental, reflective, engaging. Finally, Memories…Do Not Open closes with the aptly titled “Last Day Alive,” another anthemic, sing-along track that has the making of a future classic and something to play someday as part of a nostalgic trip back down the memory lanes of the late 2010s.

Memories…Do Not Open may not be the cup of tea of diehards of the likes of Pharrell Williams and deadmau5; whom the duo of The Chainsmokers had cited as two of their musical influences, whose music geared more towards Hip-Hop and DJ culture, however, the red-carpet status of such celebrity Pop luminaries has certainly rubbed onto the music and image of The Chainsmokers. Despite having started out as club DJs, The Chainsmokers have come out with a style of their own that is a mix of Indie, Dance Pop, and Synthpop. Tweet or no tweet, there is something beautiful in the duo’s much-awaited offering…slidingly smooth, syrupy sweet, sensuously sentimental, with hearts full of beats, heads full of dreams, and skies full of stars. CyrpticRock gives Memories…Do Not Open 4 out of 5 stars. 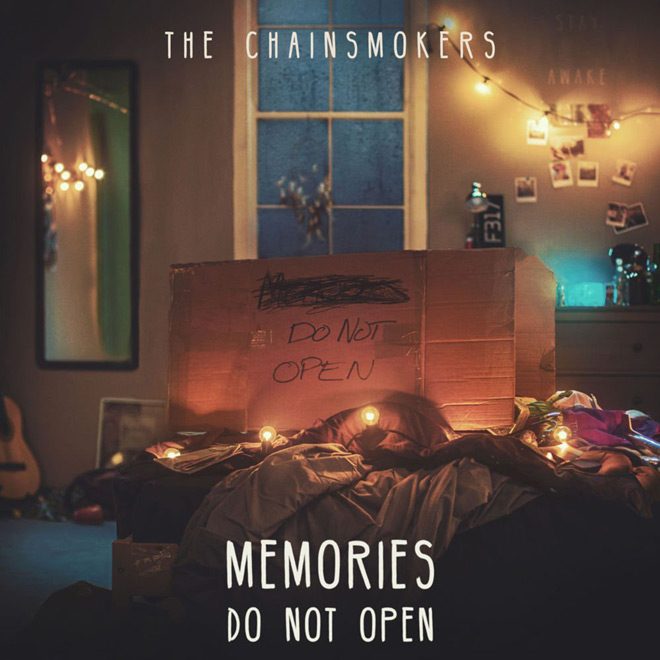