Cheap Thrills is a Black Comedy/ Thriller that was directed by E.L. Katz (Autopsy 2008) and written by David Chirchirillo (616: Paranormal Incident 2013) as well as Trent Haaga (Deadgirl 2008).  Originally debuting at SXSW on March 8th 2013, the film received a US release in March 2014. The film sees Pat Healy and Sara Paxton, who worked together on Ti West’s The Innkeepers (2011) just two years prior, reunite, and also stars Ethan Embry (Can’t Hardly Wait 1998) and David Koechner (Anchorman 2004). 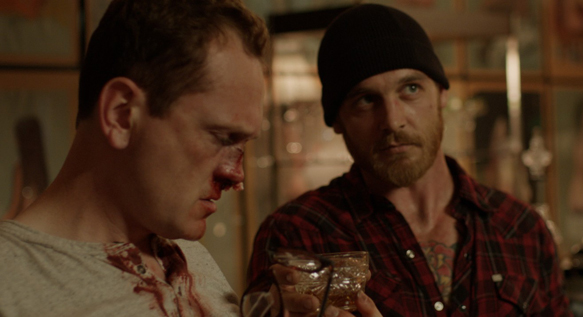 Cheap Thrills tells the story of Craig (Healy) who is down on his luck, first losing his job and then receiving an eviction notice from his home where he and his family live. After finding out about this, he cannot face his wife and goes to buy himself some time at the local pub. Upon arrival, he runs into a friend he has not seen in many years, Vince (Embry). They get to talking and start to drink heavily to forget their troubles.  While conversing amongst one another, a charismatic man (Koechner), who is obviously very well off, approaches them and asks them to come and have some drinks with him and his very beautiful wife (Paxton) who appears to be half his age. The two accept and sit with him where the man introduces himself as Colin and his wife as Violet. Colin starts to buy everyone drinks, showing off his vast wealth as if he is flaunting it, revealing that it is Violet’s birthday and that it should be a special night. He tells them that the first one to drink the shot he pours wins fifty dollars. After that task is completed, the dares start to increase in danger, but also elevate substantially in worth, which both need desperately.  How far are they willing to go to score the ultimate payoff?

Horror fans have seen this story many times, so upon a reading of the synopsis, they will be underwhelmed by its lack of creativity. That may be misleading though because what Cheap Thrills possibly lacks in a creative plot is made up for in nearly every other way. The humor is spot on and never goes too slapstick or goofy to take you away from the tension that the film creates throughout. The performances by all four leads is outstanding and there is a good amount of depth to each character. Healy is the center of the story and he does a great job of keeping the sympathy for his character no matter what awful things he concedes to.  Paxton plays her role very well as the beautiful vixen that can talk a man into just about anything she wants him to do. Embry is solid as the conflicted tough guy and Koechner is great as the rich and boisterous stranger that loves to watch people do anything for a chance at some money. 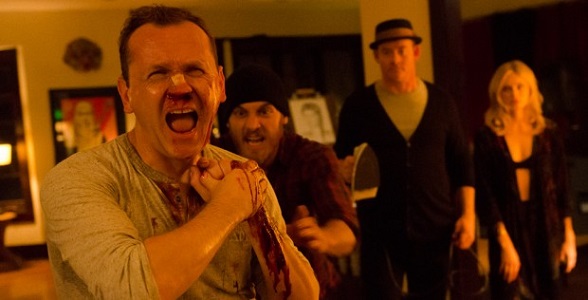 Cheap Thrills does such a great job of blending Comedy and Thriller without losing focus of its story-line. The film actually puts the viewer through a gauntlet of emotions and in the end has a great finish that will make the viewer happy they took the ride. It is Comedy first, but is a bit on the dark side, which just adds to its charm. It is one of the best films with this very played out plot, making it fresh and alive again; a must see for 2014.  CrypticRock gives Cheap Thrills 5 out of 5 stars. 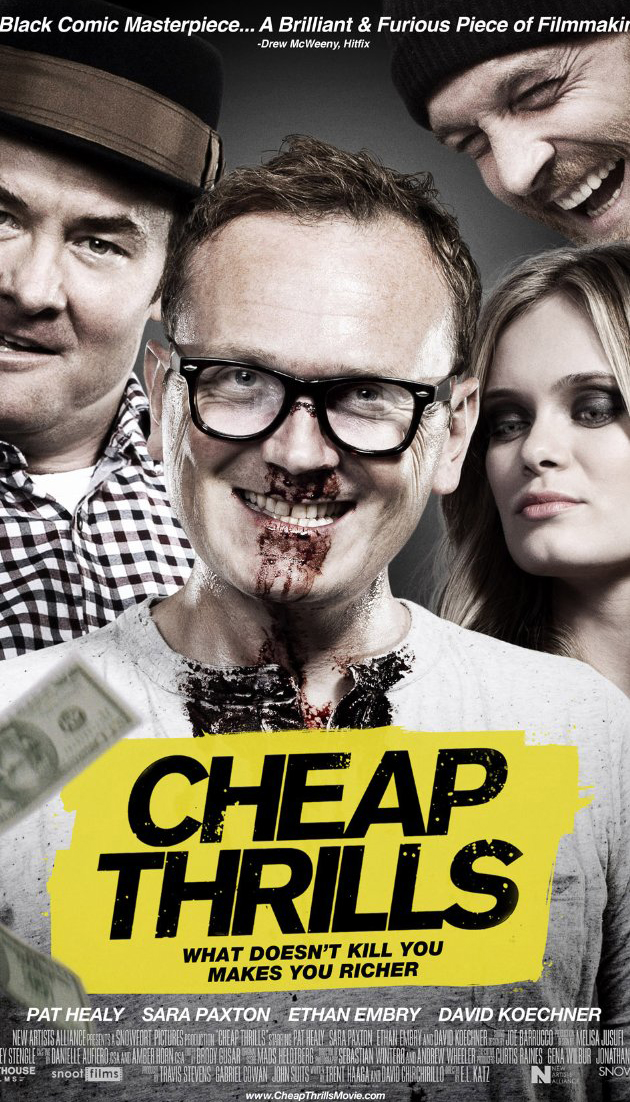