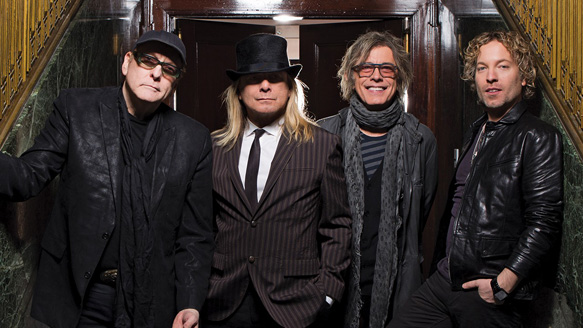 One popular, timeless, die-hard addition to the Rock-n-Roll scene that has remained a constant competitor since the mid ’70s has been the iconic Cheap Trick. Their Hard Rock tunes and Rock ballads have been in and out of the top of the charts for decades, and the latest addition to the Cheap Trick collection is the album Bang Zoom Crazy… Hello. Spending most of their time touring and rocking crowds with their classic tunes, this piece marks their first studio album since 2009’s The Latest. Just shy of forty minutes of music, their seventeenth studio album is the first to not include Bun E. Carlos on drums, but instead Guitarist Rick Nielsen’s son Daxx takes over behind the kit joining him Vocalist Robin Zander and Bassist Tom Petersson. Released on April 1st via Big Machine Records, the album has been received well, debuting at number 31 on the Billboard 200, and selling an impressive 14,000 copies in the first week alone.

Consisting of eleven tracks, most songs averaging around three minutes long, and appropriately so. Zander’s vocals are the usual delight and actually, while there is a definite eclectic feel to the tunes most, remain of a similar tempo. This means there are not many tracks of a ballad nature, a style that had been huge hits for them back in the ’80s, but historically not one Cheap Trick is known for. Anyone who knows the vast history of Cheap Trick know they are best known for jolting Hard Rock tunes, and with that said, Bang Zoom Crazy.. Hello delivers.

In general, the album has a vibe similar to that of The Cult meets Alice Cooper, and this creates a pleasant mix in its own right. Starting off with the track “Heart On the Line,” it is an energetic and fun tune that sets the pace and mood nicely. Then there is “When I Wake Up Tomorrow,” which is a very beautifully sung tune with some enticing piano and catchy riffs that creates a tone that seems reminiscent of The Cult mixed with New Order. Next up is a favorite called “Do You Believe Me,” which has some creative vocal stylings mixed with some Alice Cooper-esque guitar jamming before turning into one of the heavier songs on the album, and featuring some of the most intricate guitar work.

Later on, the track “Blood Red Lips” expresses the most American Beatles vibe on the album with simplistic anthem qualities. Then “Roll Me” is probably the least original of all the tracks with its super typical lyrics that have been heard similarly styled in far too many a Rock-n-Roll band to count, yet it still has the ability to turn heads on a local jukebox. In contrast, “Long Time No see Ya” is a funky, fun jam with a straight up Rock-n-Roll in your face attitude. A pleasant listen, this leads to the finale, “All Strung Out,” which keeps the listener’s’ interest throughout with its fun lyrics that are very Punk Rock in style. This is complemented by a verse sung at a Rock-n-Roll pace with some very catchy guitar riffs throughout.

All in all, Bang Zoom, Crazy… Hello is probably one of the better albums Cheap Trick has put out in recent years. With that said, it is extremely comforting to know that Rock-n-Roll that appeals to the masses not only still exists, but also still thrives in the year 2016 with old school styling. In terms of the drumming, Daxx does a fine job of rocking the beat and being the glue that keeps it all together.

It is highly recommend to catch Cheap Trick on their upcoming tour with Heart and Joan Jett and The Blackhearts as well because Bang, Zoom, Crazy… Hello live can only enhance the overall show when mixed in with classics such as “Surrender,” “Dream Police,” “The Flame,” and “I Want You To Want Me.” So get out and purchase Bang, Zoom, Crazy… Hello to familiarize with the new tracks in order to be able to sing along with them when they offer some of these tracks live. CrypticRock gives this album 4 out of 5 stars. 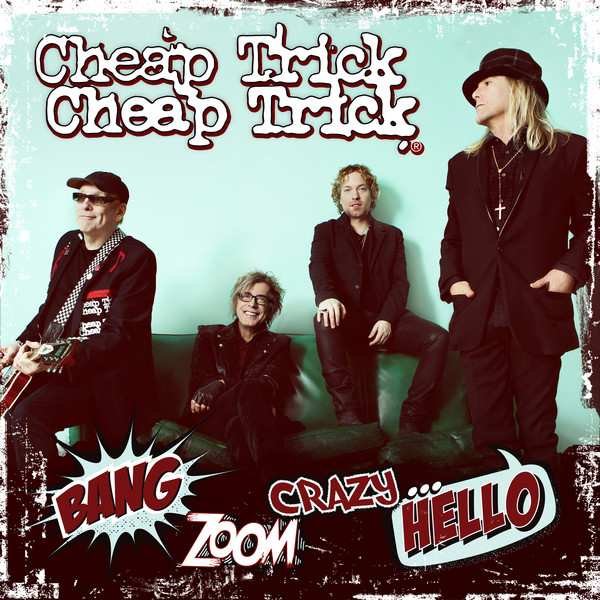