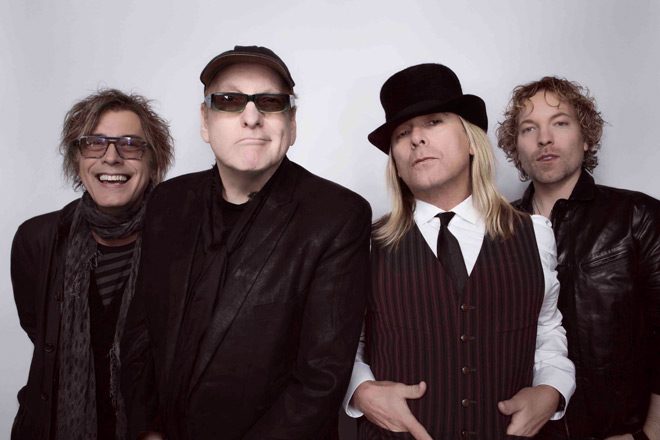 One would think after four plus decades together, recording 18 studio albums, and being inducted in the Rock and Roll Hall of Fame there is not much left for a band such as Cheap Trick to do. Think again, because they found something new to tackle: make a holiday album! More specifically, a Christmas album, appropriately calling the new release Christmas Christmas, and it hits shelves on Friday, October 20th via Big Machine Records.

Officially their 19th overall studio album, Christmas Christmas is the early holiday gift that comes just a few months after the critically-acclaimed Rock album We’re All Alright!. Currently wrapping up a strong 2017, with select shows with now through November 18th, what can these world-class classic rockers offer to the world of Christmas music?

Well, if you think this will be just a rehash of classics, incorrect once again. Twelve tracks in total, it includes those old-time favorites but also 3 original Cheap Trick Christmas cuts. Pretty cool, right? Wasting no time to spread the cheer, Cheap Trick first offer their “Merry Christmas Darlings,” a delightful treat done with Rock-n-Roll flare and a nice upbeat vibe. From here the album includes festive Rock-styled favorites, including “Merry Christmas (I Don’t Want To Fight Tonight),” Chuck Berry’s “Run Rudolph Run,” as well as The Kinks’ “Father Christmas.” Matching the harder-edge of Cheap Trick, these carefully picked tunes fit right now.

Moving on, it’s important to note that, despite the fact that they are Christmas songs, these sound like Cheap Trick songs: with the big, catchy guitars of Rick Nielsen, driving beats by Tom Petersson and Daxx Nielsen, as well as unforgettable vocals by Robin Zander. This is all while also being somehow a little quirky. In fact, the personality even comes through on the mellower, more classic sounding Christmas songs, including “Merry Christmas Everybody,” “Remember Christmas,” the traditional “Silent Night,” and Cheap Trick original “Our Father of Life.” The latter all renditions the entire family can enjoy, while others like “Please Come Home For Christmas” take the middle ground of Rock-n-Roll.

All this in mind, Cheap Trick fans were certainly not forgotten and should particularly enjoy “I Wish it Was Christmas Today,” a song which certainly has a Classic Rock feel. They finish off the album strong with the hard-driving title track and final original offering “Christmas Christmas,” which they throw in a nice little “I’ll Be Home For Christmas” goofing around for the chorus, just to remind you that these classic jokesters still rule Rock…and Christmas!

Christmas Christmas may not be something you are going to keep in your car year-round but when the air gets that crisp feeling and the leaves have fallen, fret not, because Cheap Trick offer  some cool holiday music to listen to to help ease the pain of summer being long gone while you stress over finding someone that perfect gift. Hey, here is an idea: Christmas Christmas is a perfect early gift for the rocker in your family. So on Dancer, on Prancer, on Donner and Blitzen, rev up the amp and buy a copy today! Feeling in the holiday spirit, CrypticRock gives Christmas Christmas 4.5 out of 5 stars. 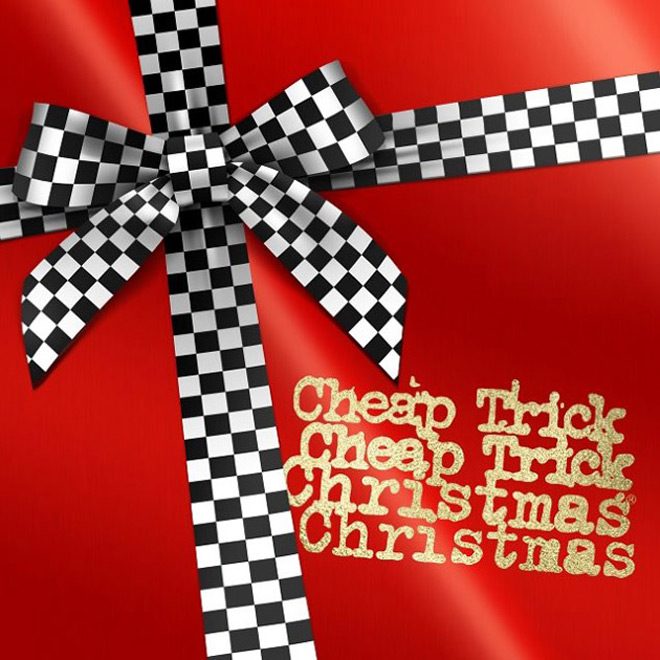