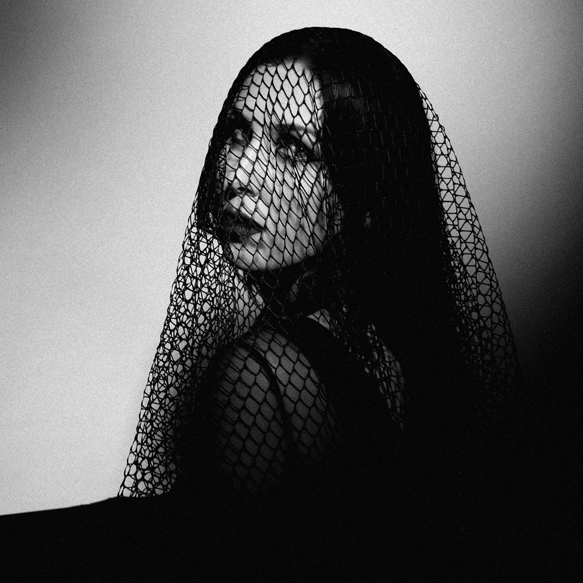 Inside the endless cauldron of recorded music, there are genres and sub genres aplenty. Our brains’ proclivity toward organization and labeling causes us to want to define the visions of these artists into our own personal indices, marked and tagged like fossils in a museum drawer. Many musicians make this endeavor both palatable and simplistic, which is no knock upon them. Yet there exists another ilk of recording artists whose vision refuses to fit snugly into anyone’s palm. Chelsea Wolfe is at the vanguard of this enigmatic set, and has been since her California beginnings back in the mid 2000’s. A singer/songwriter whose four studio albums delved deep into an array of emotions and moods, from maudlin acoustic suites to realms of atonal discomfort, Chelsea Wolfe has built an ardent underground following made up of a disparate spectrum of individuals, all of whom have helped her flourish and expand her ghostly reach. Peruse the crowd at a Chelsea Wolfe show, and one will see dark souls sporting t-shirts from Emperor and Panopticon to Bauhaus and Fields of the Nephilim.

Wolfe has united them all beneath her own shadowy banner, bringing them under her spell as surely as the wispy ends of spiderwebs get sucked into the maw of a vacuum cleaner. On August 7th, 2015, Sargent House Records released the young woman’s fifth studio album, entitled simply Abyss, and once enveloped by it, fans will see that her still developing sound has reached some staggering new heights while plumbing new depths of sorrow and paranoia.

Instantly, “Carrion Flowers” punches the listener in the chest with pulsing distorted bass and drum cadence, Wolfe’s voice calling over the noise like a ghost at the edge of a cemetery. A brief pause and then a toll of Industrial heaviness booms its might across the listener’s cortex. The rest of the song rides this ultra heavy wave of concentrated noise to a nervous conclusion of ambiance, before the more considered “Iron Moon” draws out of the speakers. Almost Doom-Metal in its approach, Wolfe’s quiet vocal melodies offer a tuneful lament amid some clean guitar strumming. Her voice at its most pained and most brilliant, the song offers a nice give and take between quiet moments and this startling chorus. Over the final couple of minutes, Wolfe’s voice is as gorgeous as the music is noisy and virulent. The marriage of moods comes off as both enchanting and dismal.

It is probably at this point where listeners will notice that with Abyss, Chelsea Wolfe may have made her heaviest record yet. “Dragged Out” has an Acidic Jazz suite mood going on. One can picture mascara mixed with tears, streaking a shadowed face running blind through corridors of nightmare. The silky Gothic vibe of this tune calls to mind everything from Grunge, to Goth, to New Wave.

“Maw” seems to be an odd title for a song that begins on such a lighthearted note. Strains of Wolfe’s voice lull the listener into tranquility, but as seems to be the theme of this record, and most of her work, there is always an undertone of discomfort lurking behind the scenes. Influenced as Wolfe has claimed to be by disturbing sleep paralysis and night terrors, the feeling of peace being slowly undone from afar is rampant and perfectly infused. “Maw” picks up with some distorted guitar and a spectral voice-over, lending the song a howling-wind vibe that, when taken with the first two songs, makes for a very strong, very triumphant opening to an album.

“Grey Days” is paced to make it the closest thing on Abyss to a ‘driving song.’ Melancholy, it flows like rainwater off dead branches. A cello competes with a staccato drum rhythm in the verses, a nice combination to say the least. Wolfe seems to have perfected the dynamics of quieter moments being drowned by all types of distortion and ambient sounds. Underneath the busy instrumentation, however, the listener will pick up a tunefulness in the sung melodies that transforms songs which, on the surface or with limited listens, seem like they might be too noisy to be catchy. “After the Fall” is reminiscent of Wish You Were Here era Pink Floyd combined with a New-Age Electronica, with each element placed down with a deliberateness so careful it seems careless. Everything just connects, flows, and comports naturally and unobtrusively.

Chelsea Wolfe takes a step away from the distorted miasma of heaviness to serenade the listener with “Crazy Love,” a shorter, sweeter romantic departure. Well-placed cello sounds and acoustic strumming offer the backdrop to Wolfe’s haunting croon. The end of the song comes off like a quick prelude to an ominous mystery, i.e., it might be a love song, but it is a Chelsea Wolfe love song. Not simply a one-off kind of event, its more like a mood change for this record, as Abyss seems to go off in a new direction. The following song, “Simple Death,” is minimalist in its approach. More Portishead than anything else, its almost Trip-Hop styling gives Wolfe’s voice a chance to get under the listener’s skin most pleasingly.

The closing three songs are strong like the opening three, showing a powerful consistency that will ensure Abyss never falls into one and gets forgotten. “Survive” begins placidly enough but climaxes into a stentorian pinnacle of drone, drums, and distortion. “Color of Blood” features the dangerous Industrial menace present on the first three songs, with even more melodious vocal lines to entrance the listener. Fans of dark Industrial will eat up the programmed beats, clustered and pounding, which paint the song into shades of silken nightmare. From 3:27 to about 3:50 Wolfe’s vocal lines are pure adrenalin, dressing themselves down into more ethereal notes of sadness and woe. Lastly, the title track breaks like distant peals of thunder, fraught with anxious piano and paranoid violins capering into madness, exploring new depths of hysteria and ensuring that the album ends on a very uncomfortable note.

Chelsea Wolfe is onto something truly magnificent here, and as special and strong as 2013’s Pain is Beauty was, Abyss is even better. CrypticRock gives this album 5 out of 5 stars. 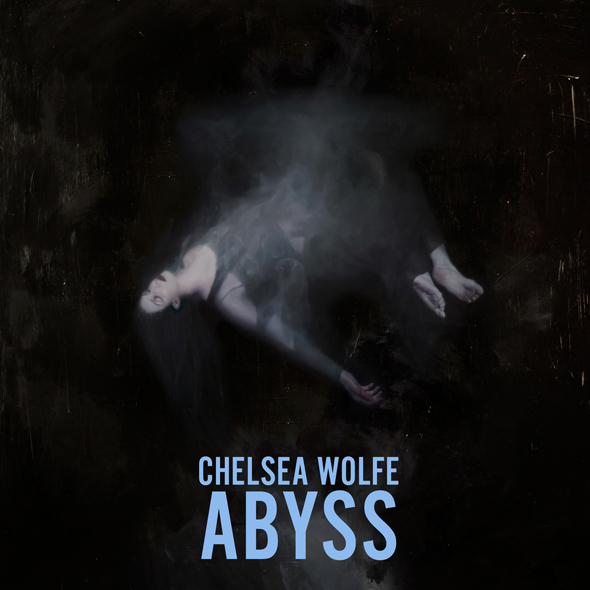