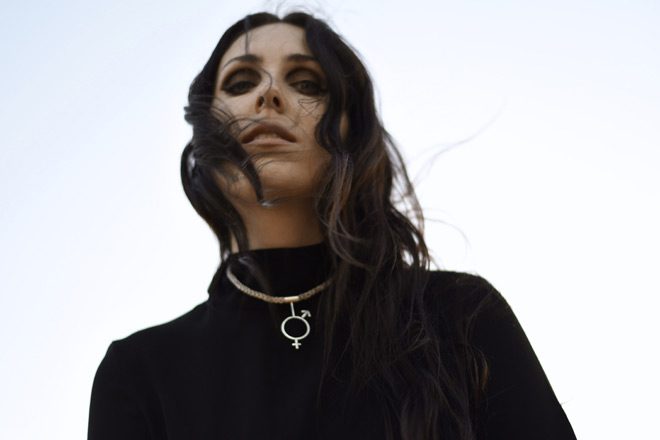 There is something sublime, distorted, and beautiful growing in the underground of late. The music of Chelsea Wolfe has shaped itself into an undeniable monolith of expansive atmospheres, bewitching more and more people who fall beneath its spell. On September 22, 2017, the California native releases her fifth full-length album on Sargent House Records. Entitled Hiss Spun, the offering promises to be yet another turbulent foray into the utmost personal duress of this mysterious young artist.

The legions of fans who were captivated by 2015’s Abyss have seen an added edge of aggression and noise creeping into the maudlin odes Wolfe has been steadily honing. On Hiss Spun, the soundscapes of primal, static-laden distortion become integral to the overall mood. Part of this is attributed to the fact that some of these songs were previously destined to appear in a separate project, while part of it radiates from the inner turmoil being experienced by the artist herself. Confounded by the horrors this world lays at our feet every single day, both within and outside of personal experience, Hiss Spun embodies the elements of fear and bravery in the face of such gravitas in equal measure.

Something immediately evident on the album is the infusion of heavy guitars, contributed in part by Troy Van Leeuwen (Queens of the Stone Age, Failure), as well as the inclusion of harsh male vocals on “Vex,” provided by Aaron Turner (Old Man Gloom, SUMAC). These elements, when distilled through the lens of Ben Chisholm (bass guitar, keys), whose adroit expansion of Wolfe’s superb songwriting skill is only getting more compelling, make for a gloomy, oppressive sound.

Fans who simply melt before the tortured melodies locked inside Wolfe’s voice will find that, despite the shift toward metallic and industrial tones, the heartbreak in her yearning vocal lines remains blessedly intact. “16 Psyche” is a fine example of how Wolfe weaves these two elements together. Chisholm’s thick, ropy bass-lines and those grungy guitar riffs bulldoze the senses. Yet, over them rides Wolfe’s echoing siren call, like the foamy tip of a wave as it surges onto the rocks. The song is climactic and morose, indicative of what is to come.

Interludes like “Strain” incorporate sounds culled from the world, such as the soulless scraping of industrial machinery. On “The Culling,” Wolfe lulls the listener with angelic intonations. As is often the case, sonic menace accompanies her verses, crawling after them like strangers coming from behind on an empty street. Then, those elements spring; heaviness and distortion thunder into being, conjured by the darkness dwelling within Wolfe.

“Particle Flux,” with its wicked bass-lines, has a similar vibe to “Grey Days” from Abyss, a driving song both in tempo and in feeling. Dive into the lyrics though, and it becomes clear that what is being driven or fled from is trauma, particularly that experienced by a soldier following deployment in a war zone. Static and noise swell once more, the background hum of the universe itself aging and expanding; this is a theme Wolfe injects into Hiss Spun throughout its length.

The album has its quiet moments, such as the first two minutes of “Twin Fawn.” It is not long before guitars and percussion stormforth, raging with all the subtlety of an avalanche. Time will tell if Wolfe continues down this path, but for now, Hiss Spun nestles her more firmly than ever within the greater encampment of Heavy Metal music. Jess Gowrie on drums asserts her presence toward the end of this magnificent track, the Kurt Ballou (Converge) production job perfectly balancing the elements of light and heavy synthesized on the recording.

Wolfe’s creativity keeps the listener on their toes. “Offering” is brief and comparably light-hearted, keyboard tones caressing the space behind her voice as beams of sunlight will dapple a forest floor. “Scrape” ensures comfort is a fickle thing on Hiss Spun. “Welt” is another collision between titanic heaviness and sublime softness. These departures and interludes serve to bridge the snapshots of longer songs on the album together, leading to the madness and sorcery of a song like “Two Spirit.” Towards the end of this one, Wolfe takes her voice to pinnacles of haunting loveliness rarely exhibited by anyone this side of an opera house.

Wolfe concludes her record with a lovely vocal performance that needs to be heard to be conveyed. Her voice has grown with her discography, her muse taking her and her fans to new places with each extension of her creative reach. Hiss Spun is every bit as superb a recording as Abyss and 2013’s Pain is Beauty before it, with these crushingly heavy elements that will no doubt serve to embroil her deeper into the arms of the Heavy Metal community, as well as the Goth, Dream-Pop, and Experimental set already enamored with the flux and fury that is Chelsea Wolfe. CrypticRock gives Hiss Spun 5 out of 5 stars. 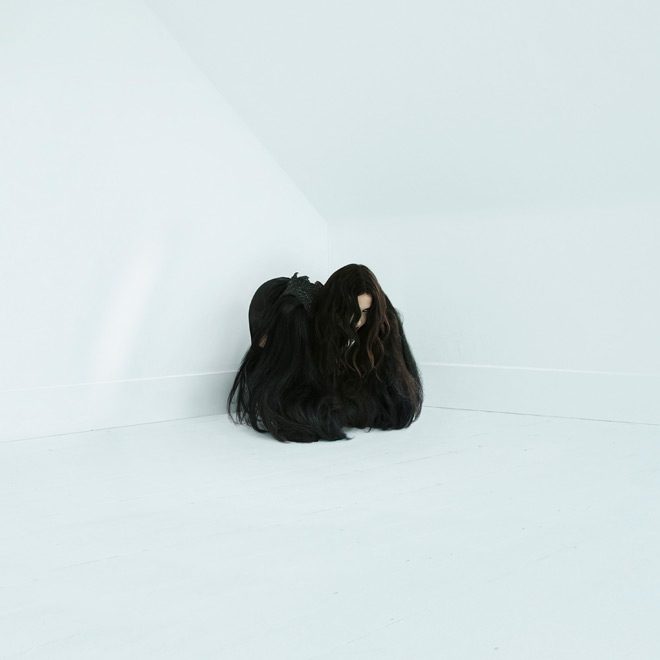 Melissa Etheridge – One Way Out (Album Review) Mike Tramp – Everything Is Alright (Album Review)
Like the in-depth, diverse coverage of Cryptic Rock? Help us in support to keep the magazine going strong for years to come with a small donation.