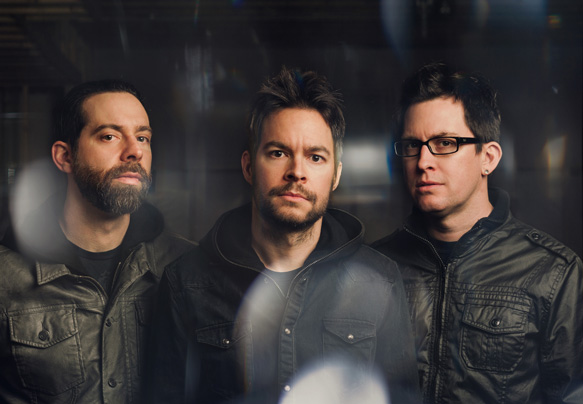 A lot of pretty amazing things tend to root themselves in the great city of Chicago.  Heavy-hitting and successful rock bands can definitely be added to that list. Established in 1995, talented veteran rock band Chevelle has built something pretty special in their own right almost twenty years later. The band originated with members made up of brothers Pete (Vocals), Sam (Drums) and Joe (bassist) Loeffler. Their debut album Point #1 (1999) gained them a spot on tour with extremely prestigious rock bands such as Sevendust and Powerman 5000. Rising in the rankings on everyone’s radar, they signed with Epic Records in 2002 and gained platinum recording artists status with Wonder What’s Next; producing hits that would stand the test of time including ” The Red” and “Send The Pain Below”. Keeping the ball rolling, they toured with Audioslave and Disturbed before recording the now certified gold This Type of Thinking (Could Do Us in) (2004).  With success early on, building a name as an elite hard rock act, in 2006 Chevelle experienced some changes with bassist brother Joe deciding to leave the band and being replaced by brother-in-law Dean Bernardini. After three more successful records under their belt with Bernardini and extensive touring, Chevelle now release their highly-anticipated seventh studio album titled La Gárgola, seeing the return of producer Joe Barresi and debuting at #3 on the Billboard 200 album charts.

Chevelle is the sort of band that as soon as fans know they are going to produce more music, they know you want it. Vocally speaking, Pete has never disappointed the core of Chevelle supporters after all these years with a hard, unique sound that is undisputed. There is no exception with the opening track “Ouija Board”, it is clear the reason the guitar riff synchronizes so well with Peter’s singing is he is the band’s guitarist. Being a three-piece band, through their talents they find unwavering ways to continuously give the fans better music than even many five-piece bands can. The following track, “An Island”, comes at the listener intense and full of energy, bringing on an invigorating guitar solo that would make anyone want to bow down for the moment.

The first radio single from the album titled “Take Out The Gunman” comes early on in the album. The song is brought in with just Pete on guitar with tasteful simple playing as his voice join in with careful precision. After a few moments in, the song is joined by an attention demanding bass and rhythmic beating dream and even some cowbell, keeping a steady tempo into the journey. Then in less than a minute, the track goes from slow and steady into a full-fledged in your face chorus. Pete’s vocal manipulation adds so much to the way the song is brought to the listener in traditional Chevelle-style.

The controlled chaos continues with “Jawbreaker”. Chevelle has the ability to keep their listeners on their toes, and on this song it sounds as if Pete is challenging himself on his guitar work and singing. Flowing through with a crisp tone, the playing is refined, yet a tad complex. Pete tends to use his guitar to accentuate his vocals as well as making the track more musically full and very well done. On “Hunter Eats Hunter”, turn up the bass on your speakers as the track will liquefy the coils. A perfect halfway point to the album, Sam and Bernardini definitely take a more dominant role in carrying this song through, while Pete adds an on point scream toward the end. This is a dynamic element that he does not incorporated too much on the previous tracks. Toning it down a notch is the following track, “One Ocean”. This is quite a measured song that just does an excellent job at keeping the versatility of the band as a whole right on queue. It is wrapped tight with the fluidity of the vocals, along with beat keeping of Sam, and emotional bass riffs from Bernardini fitting right in, tying the metaphorical knot.

The album continues on with “Choking Game” and “The Damned” helping to sew all the pieces together quite flawlessly as it starts to draw to an end. Then comes “Under The Knife” which pulls the listener deep into the abyss, reinforcing to the listeners who Chevelle are and that La Gárgola has plenty to offer in its closing minutes. Demanding attention with all its intensity, listeners are lead into final song titled “Twinge”. In a relaxing fashion, it is the most mellow piece on the album and a genius way to close the book on La Gárgola.

Chevelle has always excelled at the art of lyrical picture painting, having an incredible ability to intensify the stories while grabbing listeners’ attention with a tight grip both musically and vocally. They also know when to loosen the hold, but still keep the listener wanting more in such an unequivocal way. They string you along with webs of soft, mysterious melodies that lead into mind crushing choruses until you just have an extremely addicting masterpiece beginning to end. La Gárgola hits the nail on the head in true Chevelle fashion. Kudos to the band for composing an extremely well put together album. CrypticRock gives La Gárgola 5 out of 5 stars. 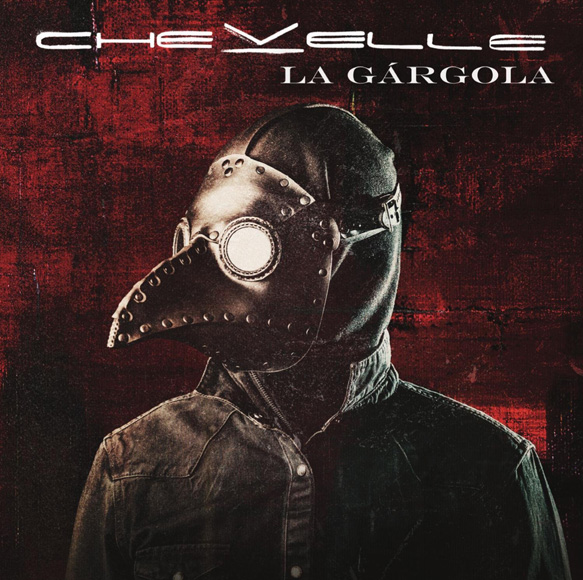